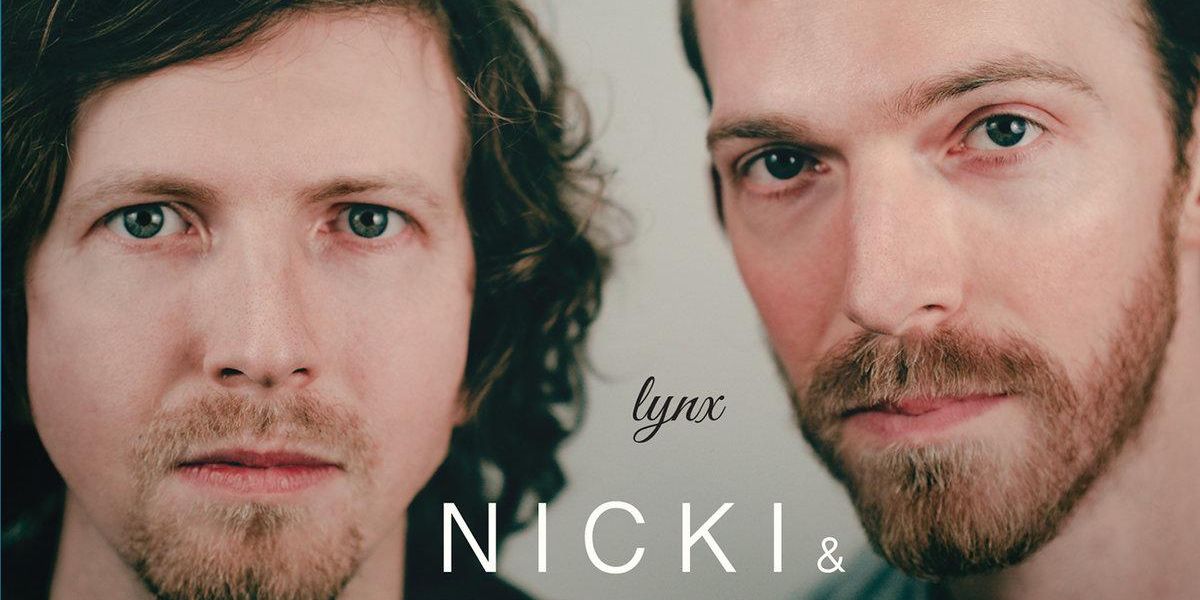 The restless musical spirits of siblings Nicki and Patrick Adams have found a pared-down yet bracing place to land on their latest musical collaboration. With Nicki on piano and Patrick on trumpet, this eclectic duo, perhaps best known as being one-sixth of the neo-psychedelic experimental soul/jazz sextet GADADU (in addition to other bands such as earthTone and Votive Crown), have released what can be described as a traditional jazz album. However, that’s probably oversimplifying things a bit.

Growing up in Prescott, Arizona, before studying at Oberlin Conservatory and eventually settling in Brooklyn, the brothers have developed a bit of an obsession for drawing together various styles to create a unique musical stew. That’s certainly the case with their first album as a duo, Lynx. A true democratic collaboration in many senses, Nicki and Patrick each chose four standards to include on the album, but they turn those standards on their ear at every turn.

The idea of a jazz album consisting solely of piano and trumpet sounds like it could be limiting, but Nicki and Patrick always find new ways to keep the collaboration exciting and unique. One of the album’s better-known standards is Thelonious Monk’s “Pannonica”. The original version, buoyed by a full band (including Monk’s celeste), sounds very little like Nicki and Patrick’s interpretation. Here, Patrick’s trumpet is front and center, playing creatively with the original melody as Nicki’s piano swirls ethereally around the trumpet notes. Keeping the theme of classical influences alive, the performance incorporates harmonic and rhythmic elements from pieces by Khachaturian, Bach, and Prokofiev.

While it’s an album of standards, some of the composition choices are slightly non-traditional, as is the case with Nick Drake’s “Things Behind the Sun”. Although Brad Mehldau has frequently covered the song – a pianist Nicki could certainly be stylistically compared to – its inclusion here gives the tracklist a refreshing update. Its languid tempo and emotive performance provide a welcome sense of variety among the more jazz-leaning compositions.

Speaking of jazz-leaning compositions, the brothers also take on Wayne Shorter with their cover of “E.S.P.” A composition perhaps best-known as the title track of Miles Davis’ 1965 album (featuring Shorter on tenor saxophone as part of that highly-regarded quintet), Nicki and Patrick largely eschew the freewheeling hard bop sound of that original recording by offering up unique harmonies borrowed from Olivier Messiaen’s “Quartet for the End of Time” as well as elements of Indian classical music. Again, the variety of influences infused in these recordings provides for a listening experience that is purely joyful and not at all the overstuffed “music thesis” task it may appear to be upon initial description. It also doesn’t hurt that Nicki and Patrick are astonishingly talented musicians who could easily hold their own among any better-known household jazz names, given the opportunity.

Other songs on Lynx include a bubbling, jubilant take on John Coltrane’s “26-2” and a relaxed, deeply melodic version of Charlie Parker’s appropriately titled “Cool Blues”. The arrangement of Herbie Hancock’s “Actual Proof” deviates significantly from the original by taking out its funk/fusion element and re-tooling it for an Art Tatum-style stride swing ride.