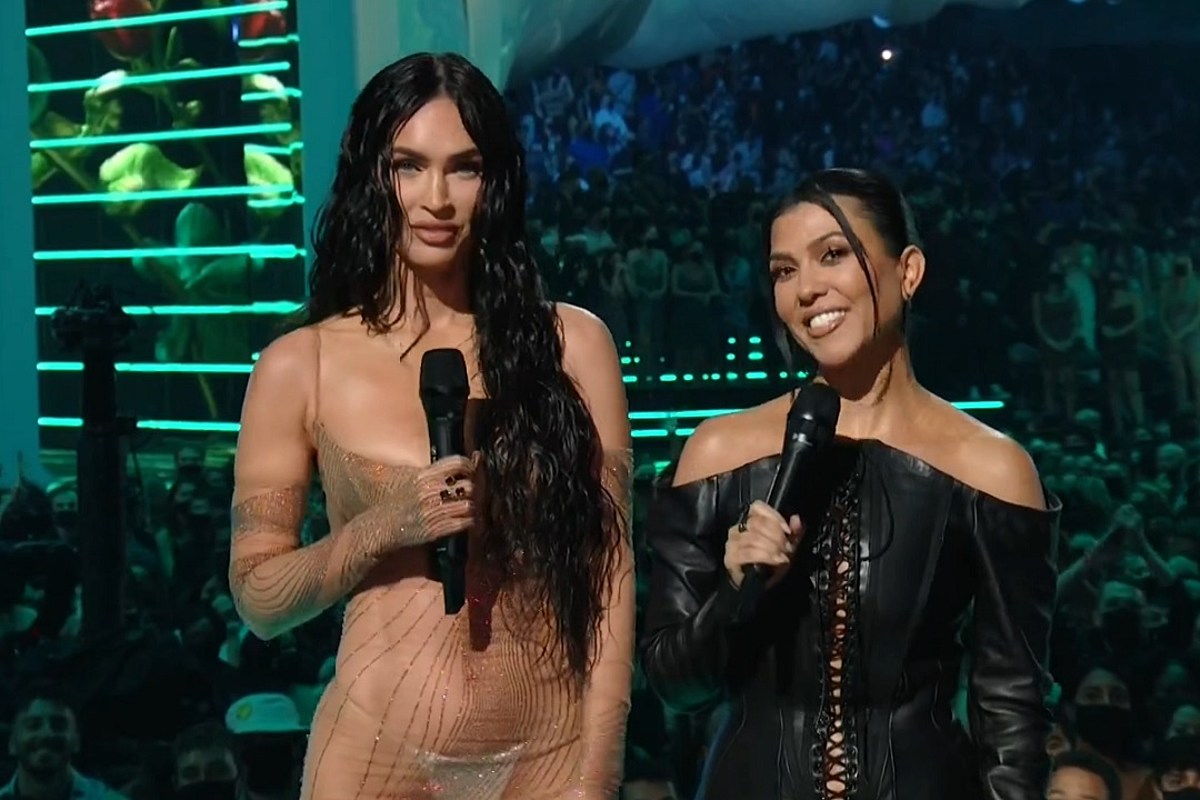 Machine Gun Kelly and Travis Barker closed out the 2021 MTV Video Music Awards with a performance of “Papercuts.” However, it seems like their girlfriends Megan Fox and Kourtney Kardashian stole the show when they hopped on stage to introduce the hitmakers.

“I’m a huge fan of this next performer,” Fox said. “I’ve watched him grow and not just as an artist but also as a person.” Kardashian added that she had a thing for her drummer boyfriend. “I think this drummer is super hot,” she gushed. Fox upped the ante by asking the audience to “get extra loud for our future baby daddies.” Talk about being serious girlfriend goals.

Watch the ladies brag about their men below.

Fox and MGK kept busy during and ahead of this year’s telecast. It appears that the “Bloody Valentine” hitmaker nearly got into a fight with Conor McGregor during a pre-show interaction on the red carpet. The duo opted out of commenting on the alleged scuffle – Fox said they weren’t “allowed to” – but photos seem to imply something went down.

During an interview with ET on the red carpet, Fox also made sure to give MGK credit for her sheer Mugler dress. “He was like ‘you’re gonna be naked tonight.’ And I was like ‘whatever you say, daddy.'” Yes, she called him daddy.

After that they shared a sweet moment, and Fox adorably called her boyfriend “the most talented boy in the world.” The duo appeared on screen together in MGK’s “Bloody Valentine” music video, and Fox made it clear that she’s ready to star in future videos as well. “It’s the queen or no one,” she joked.

MGK also picked up one of the show’s iconic Moon Person awards during the show. He and collaborator Blackbear beat out the competition for the trophy in the Best Alternative category with their collaboration “My Ex’s Best Friend.”

Barker and Kardashian meanwhile made their red carpet debut as a couple and were photographed sharing a kiss while walking the carpet in matching all-black looks.