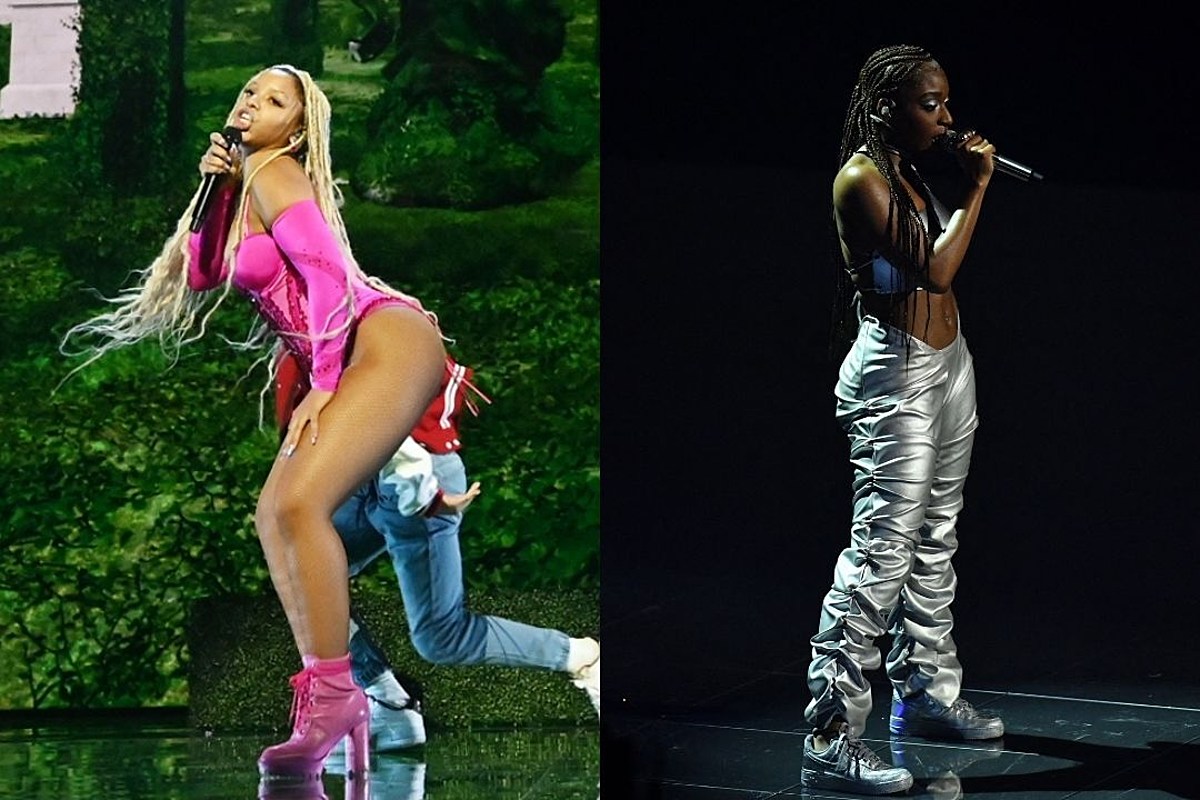 Chloe Bailey and Normani deserve all the awards for the performances they put on at the 2021 MTV Video Music Awards Sunday (Sept. 12).

Since its first show in 1984, the VMAs have been renowned for churning out culturally iconic and star-making moments.

Think about when Madonna rolled across the stage in a wedding dress at the inaugural telecast, or when Britney Spears danced with a snake for her first-ever performance of “I’m a Slave 4 U.” This year’s show, which took place in New York City, had its fleeting moments, but overall it shortchanged viewers on legendary, pop-culture shaking performances. Thankfully, mega-talented rising icons Bailey and Normani hopped on stage to save the night, respectively.

Bailey, one-half of sister-duo Chloe x Halle, was first up to bat. She delivered the debut performance of her unrelenting solo single “Have Mercy” (“booty so big — lord, have mercy!”) and, naturally, had absolutely no mercy while slaying the stage. Her fiery banger has already gone wildly viral on TikTok, and her twerk-heavy set was sure to extend the track’s reign into the weeks and months to come.

Dressed in hot pink, Bailey delivered vocals, electric choreography and the ultimate tease when she licked her microphone. As her sister Halle Bailey gears up to star in the live-action version of Disney’s The Little Mermaid, it’s clear that Bailey has a promising solo project of her own on her hands.

Normani, meanwhile, already established herself as one to watch after a jaw-dropping rendition of her single “Motivation” at the 2019 VMAs, which was a standout that year. Previously, the Fifth Harmony alum got candid about not being invited to perform at this year’s show. Show-runners thankfully saw reason and booked her for a rendition of her current single, “Wild Side.”

New mom and collaborator Cardi B wasn’t able to make the show, but Normani pulled out all the stops on her own with a futuristic costume and next-level choreography. (Seriously, her talent puts her in a class above.) While the “WAP” rapper wasn’t in attendance, Normani seductively danced, straddled and climbed all over another special guest: Teyana Taylor.

Unsurprisingly, the two R&B-pop phenoms garnered a lot of attention on social media.

One fan tweeted that they “SAVED” the show. (Where is the lie?) The consensus was pretty much universal: these women are performers through and through, and they did what they had to do.

Check out some other fan reactions to their show-stopping performances below.