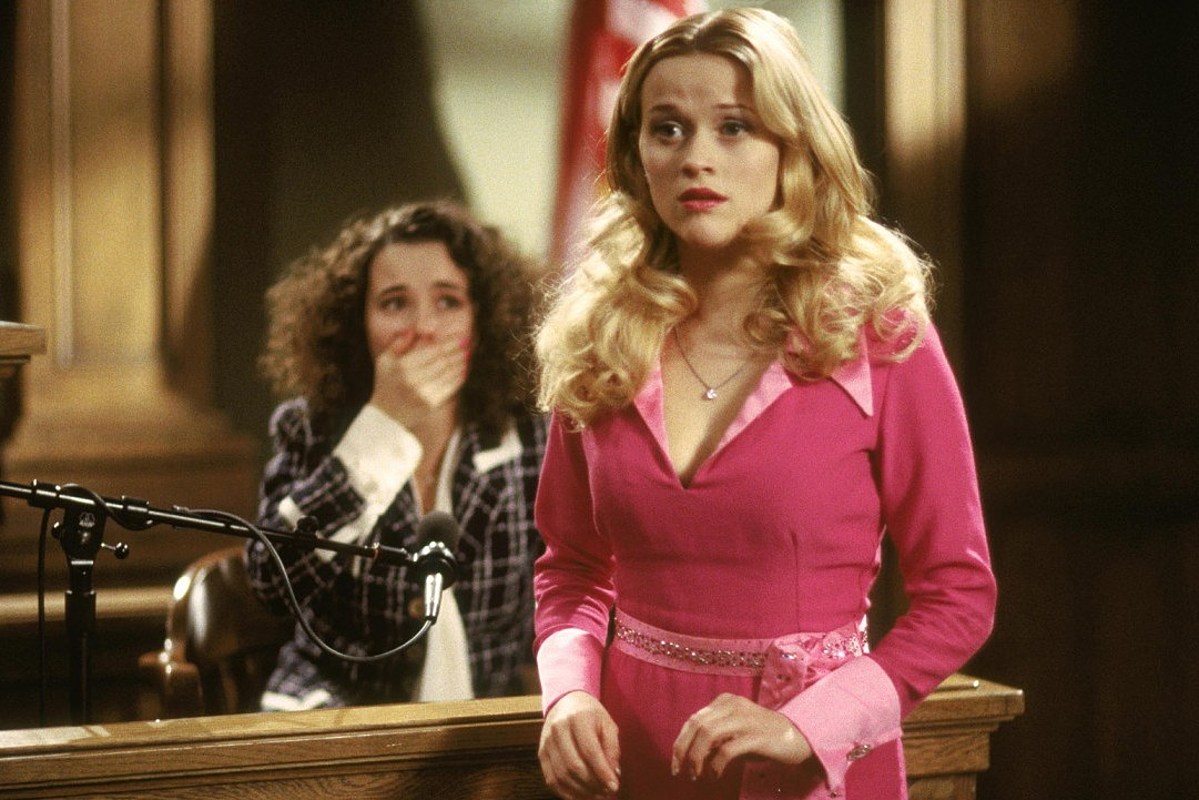 Could you imagine Legally Blonde ending a different way?

In honor of the twentieth anniversary of the iconic cult-classic film, the cast revealed the original intended endings that never made it to see the light of day, though some test audience participants did get to see it. The 2001 movie ended with Reese Witherspoon’s character, Elle Woods, graduating from Harvard as valedictorian.

In a piece for the New York Times, the cast and crew revealed that test audiences weren’t wowed by the original ending. The writers had a few different original endings before landing on Elle’s law school graduation.

“The first ending was Elle and Vivian in Hawaii in beach chairs, drinking margaritas and holding hands. The insinuation was either they were best friends or they had gotten together romantically,” Jessica Cauffiel, who portrayed Elle’s best friend Margot revealed.

She recounted that the second or third ending involved a musical number that took place outside the courtroom. All of the court participants broke into song and dance. They actually filmed the ending and Cauffiel has been “waiting for somebody to leak that for 20 years.”

Screenwriter Karen McCullah said that the original ending took place a year after the trial where Vivian was a blonde and still friends with Elle.

“They had started the Blond Legal Defense Club and were handing out fliers in the quad because that was the ending in Amanda’s manuscript,” McCullah added.

Screenwriter Kirsten Smith shared that another version had Emmett (Luke Wilson) and Elle kissing. However, test audiences didn’t like that as the story wasn’t about Elle finding a replacement boyfriend, but her journey. They went back to the drawing board where the screenwriters came up with the ending that fans all know and love.

“In the theater lobby of the test audience, Kirsten and I were like, ‘Why don’t we cut to graduation so we can do captions?'” McCullah recalled. “So we started writing that scene in the lobby with Marc.”

At the time, Witherspoon was filming The Importance of Being Earnest in England. Her re-shoot was done in England and she even had to wear a wig. Witherspoon wasn’t the only cast member that had to do a reshoot while working on another project and needing the help of a wig. Luke Wilson had shaved his head for his role in The Royal Tenenbaums, so he also had to wear a wig for the reshoot.

Movie Trivia for the Top 100 Films