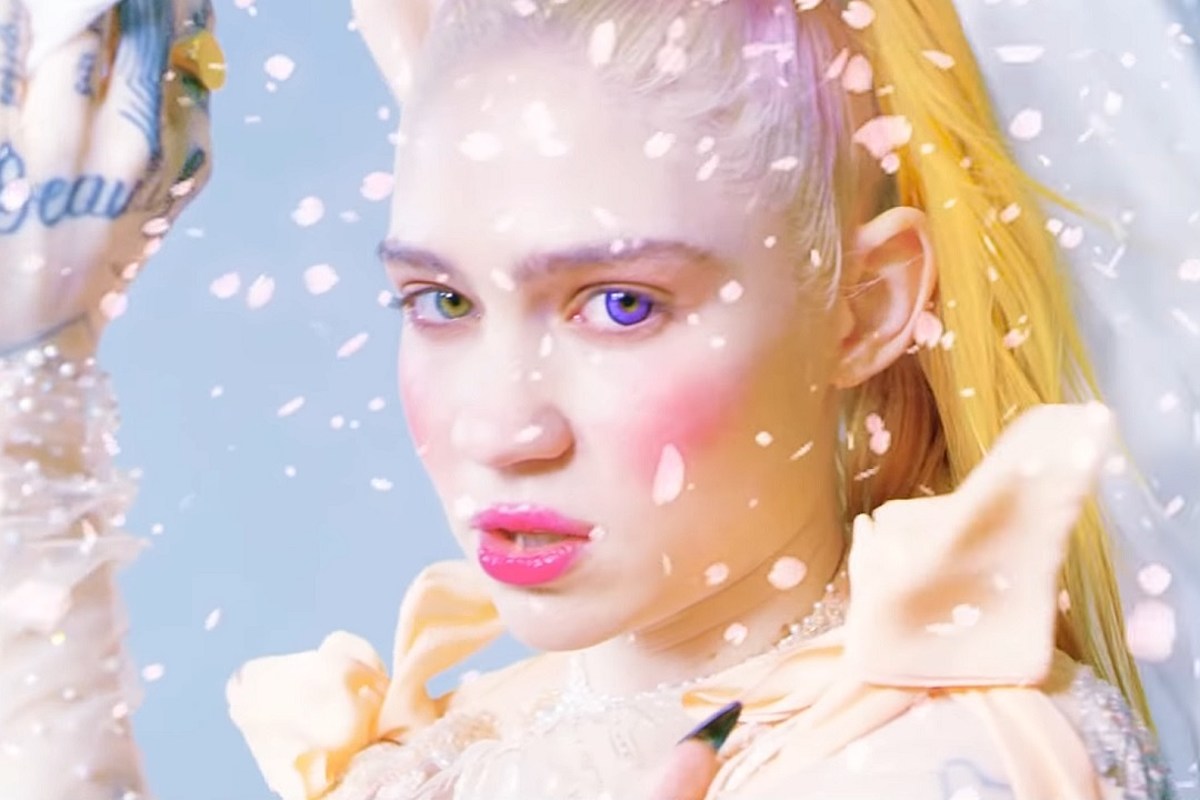 Grimes and Elon Musk’s son had the most adorable reaction to his mother’s dancing.

On Thursday (July 8), the “Delete Forever” singer shared a video of her baby reacting to choreography. Grimes was practicing her dance to “Shinigami Eyes” alongside her choreographer. The two were dancing with makeup brushes while giggling at the amazed baby.

Grimes hid his face with a pink diamond heart emoji and bubbles while the little tike swayed.
“Hiding lil X’s face cuz he’s too little to be on the internet but his reaction to dancing is so cute!” Grimes wrote in the video.

Watch the heartwarming video, below.

Although she did cover his face for this video, her previous TikTok clip featured her friend dancing with X Æ A-12, pronounced “X Ash A Twelve,” on her shoulders. Viewers can catch a quick far away glimpse of his smile.

Grimes has become quite a star on the short-form video platform. Just this past month she began using TikTok on a somewhat regular basis. She’s gained over 230,000 followers and almost a million likes on her videos.

More than a handful of her videos have gone viral. She caused quite a stir in one particular clip where she spoke about how she believed that artificial intelligence is the fastest path to communism.

“So, if implemented correctly, A.I. could actually theoretically solve for abundance. Like, we could totally get to a situation where nobody has to work, everybody is provided for with a comfortable state of being … comfortable living,” she said, without explaining the exact method.

Grimes believes that A.I. could essentially automate farming and leave out the corruption to bring the world real equality.

“So, basically, everything everybody loves about communism, but without the collective farm. Cause, let’s be real, enforced farming is really not a vibe,” Grimes concluded.

Stars Who Performed While Pregnant