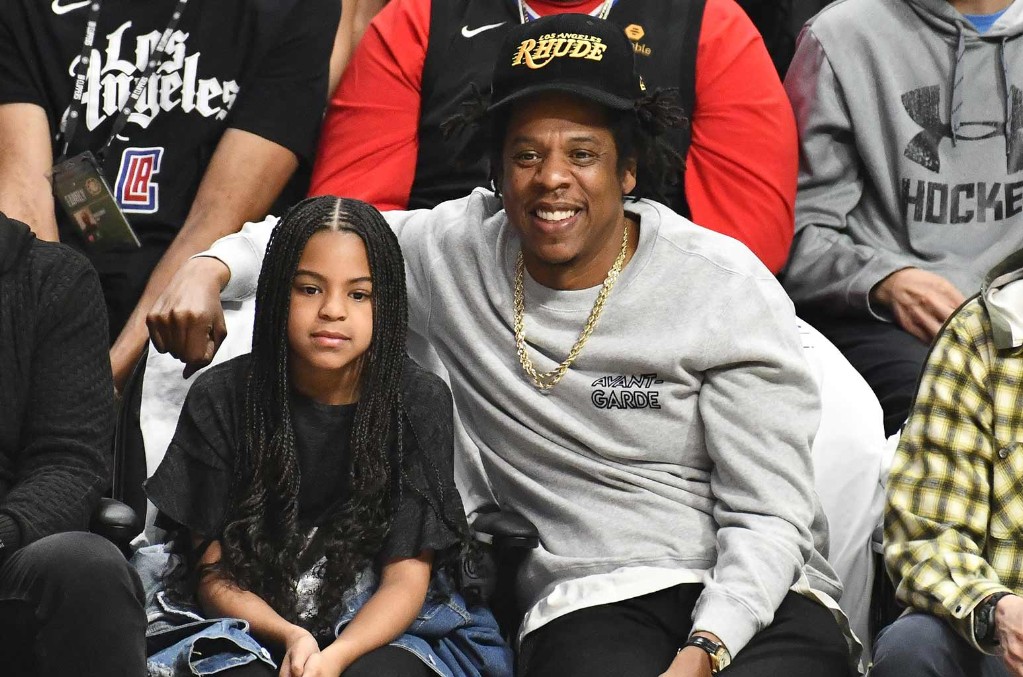 Thanks to the rise of celebrity collaborations over the past decade, sneaker culture has blossomed as one of the most coveted sectors in the fashion industry. From Drake’s close relationship to Nike, to Virgil Abloh’s rare Off-White x Nike collaborations, your favorites love showing off their fresh kicks just as much as they love designing them.

This week, Jay-Z sported some Puma kicks while on daddy duty with Blue Ivy, while Quincy Jones supported Travis Scott‘s Cactus Jack collaboration with Nike. Here, Billboard Style compiles a list of some of music’s all-stars sporting the hottest sneakers over the past week.

Blue Ivy and Jay-Z had a father daughter date at the @lakers game over the weekend, and our #girldad appreciation is truly never ending Swipe to see the video of her totally Fangirling over @kingjames while asking him to sign a basketball for her, and can we please also talk about how chic her courtside style was?! ( :@gettyentertainment, @nickhamiltonla)

It was an eventful Sunday afternoon (March 8) at Staples Center, as Jay-Z enjoyed a daddy-daughter day at the Lakers-Clippers game. A creative director for the brand, Hov repped PUMA on the hardwood in a gray pair of the RS-X3 model. A clip of him postgame went viral when businessman Irv Bauman tried to take a picture with his arm wrapped around Jay’s shoulder.

My good friend came by the crib today. @quincydjones

Travis Scott gifted the legendary Quincy Jones with a pair of his crispy white Cactus Jack Air Force 1’s when he stopped by his house to chop it up. It’s great to see the rapper pay homage to the musical icons.

Drizzy pulled up to support LeBron James’ and Dwyane Wade’s sons at their playoff basketball game on March 8. Imagine having those superstars courtside at your high school game? That would distract just about every teenager from the task at hand. The 6 God kept a low profile, rocking black Nike Shox, while King James laced up the Off-White Air Jordan 5’s.

I could be OD’ing but maybe yall can help me… How are you suppose to take it when someone tells you “Believe what you wanna believe..?” [shot by @thelegalshooter] #CIAA #Rooftop210 #Charlotte

Fabolous stepped out into the streets of NYC this week in a pair of the classic “Space Jam” Jordan 11’s. He made the outfit work by coordinating the kicks with silky Kith pants and a black sports jacket.

Offset’s go-to photo opp is usually the gas station while his latest luxury whip gets refueled (we hope he uses premium). This week, he elected to show love to Travis Scott with a pair of the ultra rare purple Air Jordan 4’s the rapper designed in 2018, which were only gifted to close friends and family.

U ever had a day where u wish u could live it twice???

Sean Don went for a scenic bike ride on the beach earlier this week to get a good look at the sunset. While keeping it casual with a pair of the navy blue Old Skool vans, he took advantage of the West Coast weather. It’s surely a long way from the frigid winters of his Detroit hometown.

After images of the latest Stussy x Nike collaboration surfaced, La Flame stunted in a pair he got his hands on early. The mesh dad shoe-inspired Air Zoom Spiridon Caged is expected to hit shelves at some point this spring and retail for $160.

French Montana has always loved designer wear. Here, he shrewdly matches the leopard-inscribed toe box on his Versace sneakers with a loud cheetah-print crewneck sweater, as he gears up to board his private jet.

Lil Durk honored the late Pop Smoke with lyrics from his “Dior” smash serving as the caption to his post. Fittingly, the Chicago native laced a pair of pink-splattered Dior kicks, which designer Kim Jones debuted during the brand’s SS20 show at Paris Fashion Week.

Deluxe On Da Way I’m Bac At It !! #TimeServed #FishScale☔️

The “Style Ain’t Free” rapper posted up in a metallic coat that matches the purple reptilian scales on his “Doernbecher” Jordan 14’s. If you’re not familiar with the charitable sneaker series, they give hospitalized children the chance to bring their fantasy designs to life.