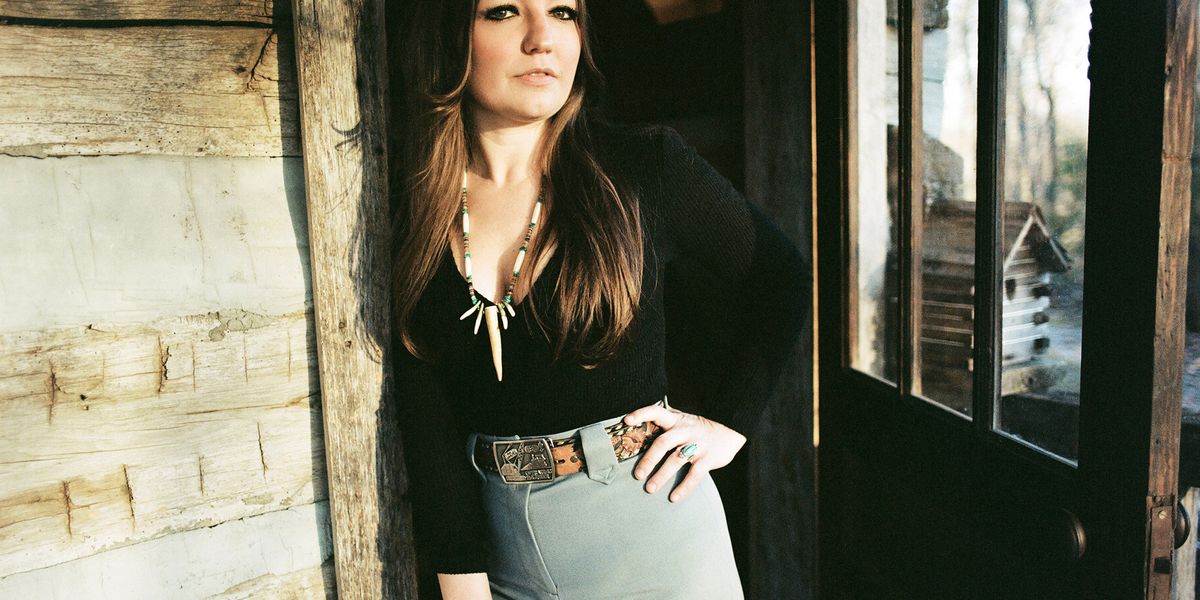 Kelsey Waldon said she feels a special responsibility as a Southerner to improve the human rights of people living in America. She has cited racial injustice and the marginalization of the poor as causes that need to be addressed. That’s one reason why she released two songs from her new EP, They’ll Never Keep Us Down as a limited edition vinyl single to benefit non-profit advocates via NPR/World Café. The A-side of the record features Waldon’s (with the help of guest vocalists Adia Victoria and Kyshona Armstrong) haunting rendition of Nina Simone’s “Mississippi Goddam”, complete with “ghost” backup singers. Waldon takes on Hazel Dickens’ union anthem “They’ll Never Keep Us Down” bluegrass style on the B-side, complete with breakdowns and singalongs.

The single released on 20 October was offered in two different colors, red and blue. The profits from the red vinyl go to Hood to the Holler, a non-profit organization aiming to end racial injustice in Kentucky and beyond, and the blue vinyl benefits the Appalachian Citizens’ Law Center, who represent coal miners and their families on issues of black lung and mine safety. Waldon passionately delivers the vocals on both sides of the record, as different as their musical styles may seem. That is true not only of these two songs but of the entire They’ll Never Keep Us Down EP from which they came.

Waldon covers seven notable songs from the past concerning social justice, including Bob Dylan’s “With God on Our Side”, Neil Young’s “Ohio”, and Kris Kristofferson’s “The Law Is for the Protection of the People”. She’s accompanied by pedal steel ace Brett Resnick as well as Micah Hulscher (Wurlitzer, organ), Alec Newnam (electric bass), and Nate Felty (drums and percussion) on most cuts as well as with additional musicians as needed by the material. For example, Vickie Vaughn and Erin Rae McKaskle provide harmony vocals on the Dylan track to give it a more gospel feel as appropriate for a song invoking the misuse of invoking God’s will as a rationale for war.

It may seem as if Waldon’s inclusion of the late John Prine’s story of a veteran’s addiction, “Sam Stone”, does not fit in with the other tracks. Prine signed Waldon to his Oh Boy roster before his death. Waldon sings the lines in a slow, clear voice and articulates the lyrics. The emotional message about the deterioration of a family sounds even sadder because of her straightforward manner. She understates the antiwar sentiment for impact.