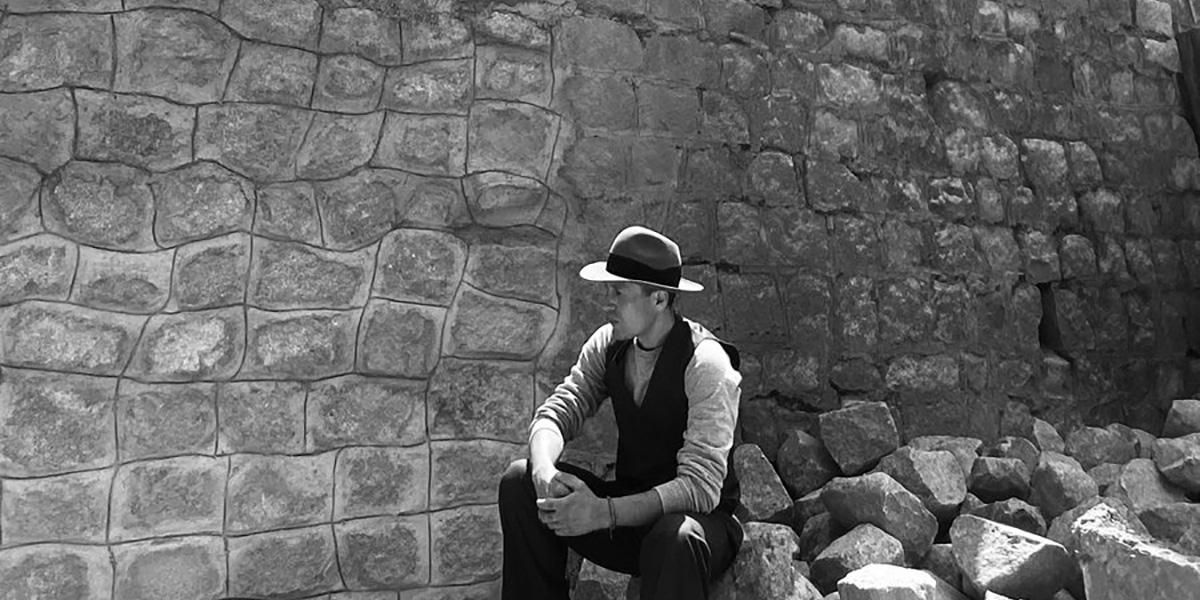 Listening to Joshua Chuquimia Crampton is like watching a guitarist perform with a thought bubble over their head. We’re aware of his physical motions, his hand’s motion on the instrument’s strings, the fall of his feet on the pedals. But on another level, we’re engaged with the architecture his music creates, the linear progression of his pieces, and the way he seems to sink deeper and deeper into an introverted headspace as his pieces progress.

What Crampton captures in a way few solo guitarists do is the way musicians retreat into themselves when they pick up an instrument. The longer you play, the harder you concentrate, the more you dissociate, and the further away your surroundings become. You no longer want to talk to anyone. You just want to get into the Zone. Listening to Crampton’s music is like following that trail of thought down the rabbit hole. We’re so aware of the link between his hands and head that we’re almost experiencing a crude form of telekinesis.

If you were to visualize the pieces’ structure on his new album 4, you might think of a filmstrip, or a timeline in a book showing the different eons of Earth, or a length of differently-colored beads. The album’s 67 minutes are split into four pieces, hence the title. Still, Crampton could have easily edited them into 15 or 20 tracks, so often do these pieces transition without warning into totally different landscapes. Two songs surpass 20 minutes, “Service” clocks in at 12, and then there’s a five-minute piece called “Vela”.

The three longer tracks progress in a similar fashion. The first half is a camera-reel of fleeting events. The second half rides out on a single, repeated, ambient idea, which on “Fantasy IV” means sparse sunbursts of guitar divided by static-pregnant fields of space. On “Service”, a guitar drone slowly bleeds into the red like a Sunn O))) track, and on “Jamp’Atu Colores”, the blissful sound of a stream with birds. We remember these songs as being more rugged than they are because, during the ambient parts, our brain kicks its feet up to relax, while during the frantic opening sections, it’s sprinting to catch up.

4 is less arduous and brooding than Crampton’s dour debut, The Heart’s Wash. There are moments of pure pleasure, like an astonishing pop-punk guitar progression drenched in phaser that pops up about a third of the way into “Fantasy IV”. Long stretches of the album are devoted to clear, consonant guitar, but listening to it still makes you a little sore in the legs. The noisy parts are really noisy, but getting through them yields ambient treasure. It’s kind of like shucking an oyster.

Occasionally Crampton risks embarrassment by inserting a trap instrumental or idly messing with his pickup switch. But like Phil Elverum, another artist whose music sounds like the proverbial tornado blowing through the scrapyard and assembling an airplane, Crampton excuses a lot of potential foibles by presenting his music as inherently unsteady. A cleaner Crampton would not be a more interesting Crampton.

The Heart’s Wash presented itself as healing music. 4 is less personal and more imagistic. It’s landscape music, but in a way that still seems to draw power from the land rather than just evoking or describing it. On The Heart’s Wash was a track called “Possum’s Scar (Frog’s Power)”. Here, there’s one called “Jamp’Atu Colores”, “jamp’atu” meaning frog in Aymara. If he keeps drawing from the same well of energy, we’ll be seeing a lot more great music from Crampton in the years to come.