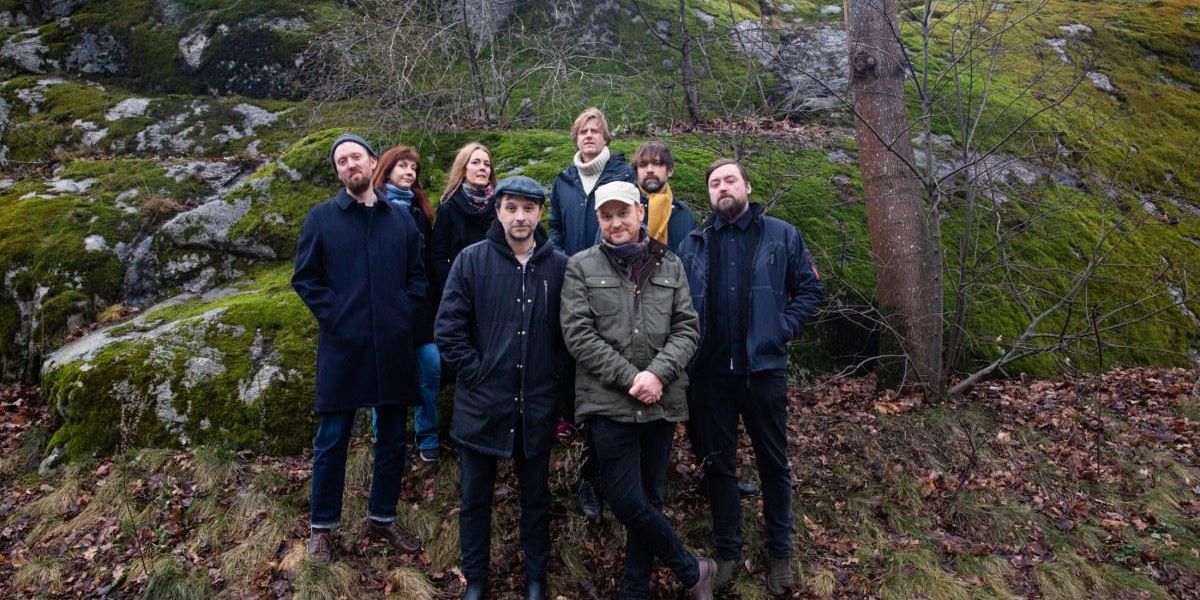 By the time he released The Route to the Harmonium in 2019, Scottish folksinger James Yorkston had long transcended the humble troubadour spirit of his early recordings. He had participated in many different collaborations and projects with various producers, collectives, and musicians, from the psych-rock of Pictish Trail to Yorkston/Thorne/Khan’s experimental world music. That left the overwrought The Route to the Harmonium sounding like Yorkston was dangerously close to being suffocated by his creativity. To use a less graceful term, he was starting to go up his own arse.

This context makes The Wide, Wide River all the more welcome. It’s not exactly a reversal or even a backtrack. By shaking up the collaboration and recording processes, though, it breathes fresh air and a renewed vitality into Yorkston’s aesthetic.

The Wide, Wide River was not planned as an album at all. While touring The Route to the Harmonium, Yorkston met up with an old friend, Karl-Jonas Winqvist, for a Stockholm show. Mutual admirers Yorkston and Winqvist decided on an ad-hoc recording session after the show. Winqvist brought along the rest of his Second Hand Orchestra collective, and they improvised their way through some new Yorkston songs. More than pleased with the results, they scheduled a second session, also improvised. Now armed with eight songs, they approached Yorkston’s label, Domino, who agreed it was album-grade material.

As one might expect with such a loose, improvised setting, the songs on The Wide, Wide River are expansive and unhurried, with half of them breaking the six-minute mark. Still, the album is infused with the purpose and intent of a group who know their time together is limited. These two traits work together to produce an experience that suits Yorkston’s songwriting quite well and results in one of the most satisfying albums of his career to date.

As is often the case with folksingers, Yorkston’s songs have always been shaped primarily by his vocal melodies and phrasing. The always-bemused tone and wilting cadence of Yorkston’s voice haven’t changed. There are unique touches and wrinkles, though, in the staccato piano that drives “Ella Mary Leather” and the throbbing violins and twinkling omnichord that underpin “There Is No Upside”. Furthermore, on “To Soothe Her Wee Bit Sorrows”, bassist Daniel Bengtsson lays down what could only be called a groove, a trait that probably hasn’t been associated with a Yorkston song before. In the most welcome development of all, Peter Morén’s electric 12-string flourishes lift the gorgeous “Struggle” into a new dimension of pastoral bliss. Though pretty far from rock ‘n’ roll music, these songs have a distinct rock ‘n’ roll energy and urgency to them, the kind that only comes from chemistry and spontaneity.

The Wide, Wide River also has its share of the stark, emotionally raw ballads at which Yorkston excels. With its quietly rippling acoustic guitar, mournful piano, and the enchanting swirls of a traditional Swedish string instrument called a nyckelharpa, “A Droplet Falls” is the most affecting. It’s a genuinely breathtaking meditation on the inevitable workings of the universe and humans’ relatively powerless role in them. “We watch and breathe in, and then breathe out / Await our turn / For what else can we do?” Yorkston muses. But what might have seemed like a fatalistic lament turns hopeful with a Beatles-style drum roll and the admission that, at least, “if we are lucky we have grace”.