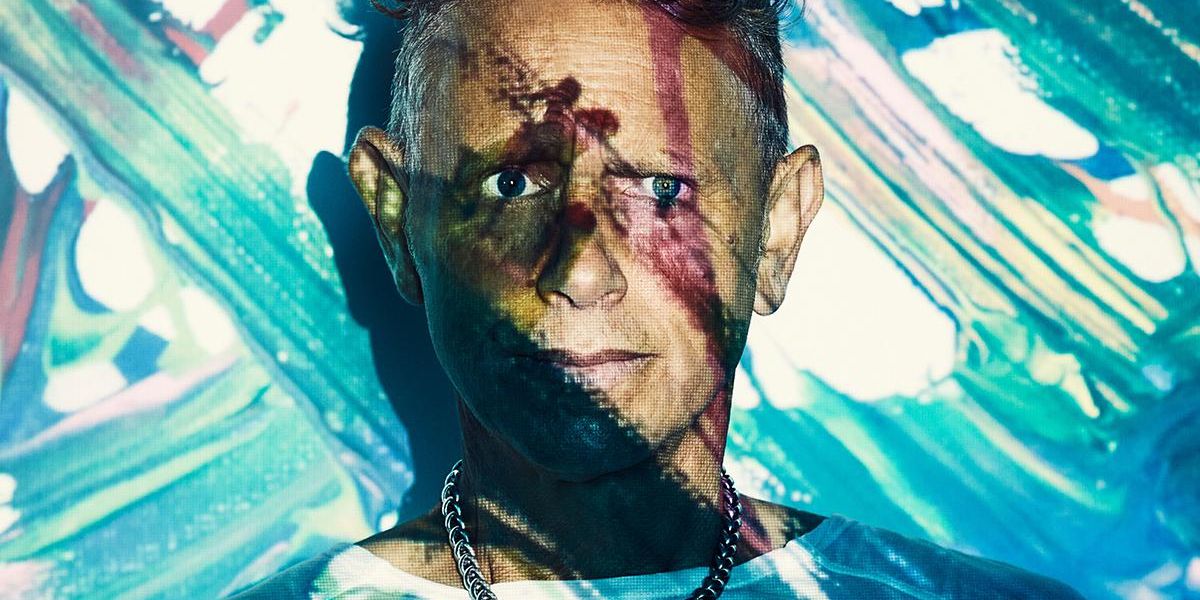 The conventional wisdom on Martin Gore’s role in Depeche Mode is well-established. Gore is the primary songwriter, backing and occasional lead vocalist, and guitar player. That’s somewhat ironic as Depeche are known for being a band that goes heavily on synthesizers and electronics.

It’s true that Gore was the first Depeche member to own a synth and still plays keyboards at certain times during the band’s live show. However, he has never really been bestowed with the honorifics some of his knob-twiddling contemporaries have earned. Gore is, without question, a legend, but he isn’t often called a “synth legend”, “synth wizard”, or “musical genius”. That role was always allotted to Gore’s bandmates Vince Clarke and Alan Wilder, and after they left the band, the various production teams with which Depeche have worked.

It stands to reason that the audience for Gore’s solo instrumental work is going to be slim beyond Depeche Mode’s established fan base. For them, at least, one of the fascinating aspects of 2015’s MG and now the new The Third Chimpanzee is the degree to which they challenge that conventional wisdom. The sounds and arrangements on these five tracks continue to reveal Gore as the primary architect of Depeche’s post-Wilder sonic palette.

Like the last handful of Depeche albums, The Third Chimpanzee showcases an amalgam of approaches Gore has favored during previous stages in his career. Essentially, it takes the analogue synths of the early ’80s period and applies them to the kinds of darker, harsher soundscapes of the mid-to-late ’80s, which went heavy on digital sampling. The result still goes heavy on Gore’s and Depeche’s trademark atmosphere, but it is a more stark and often dissonant atmosphere.

On The Third Chimpanzee, another descriptor comes to the forefront: primal. The EP was titled after the 1991 book by American evolutionist Jared Diamond, positing that humans have a closer genetic link to chimpanzees than most other types of monkeys do. This is probably as close to a concept album Gore has come in his four-decade career. In keeping with the simian theme, each track is named after a different type of monkey. The music is uniformly brooding, visceral, and, despite its complete reliance on synths, strangely organic. It’s easy to imagine a group of primates being left in the jungle with a Moog modular unit and coming up with precisely this. It’s a very 2001 vibe.

The songs are built on pulsating, analog basslines, through which rusty synth sounds, musky dub effects, and bursts of industrial percussion make their way. Mechanical beasts also prowl this landscape. They can be heard trumpeting metallically on “Howler” and crying out in harrowing fashion on “Mandrill”, for example.

Even for someone with Gore’s pedigree, the sonic oppressiveness and claustrophobia are startling. But there is another less-expected but more-welcome element to The Third Chimpanzee. In recent times, Gore seems to have become less interested in writing the kinds of instrumental hooks and taglines that made some of his best-known pop hits so indelible. But there, three minutes into “Howler”, comes Gore’s best hook in years, decades maybe. Majestic yet tragic, ominous, and melancholy, like the resigned fanfare of a dying empire, it is instantly evocative and unforgettable. It’s so good that Gore reprises it for another two minutes on “Howler’s End”.