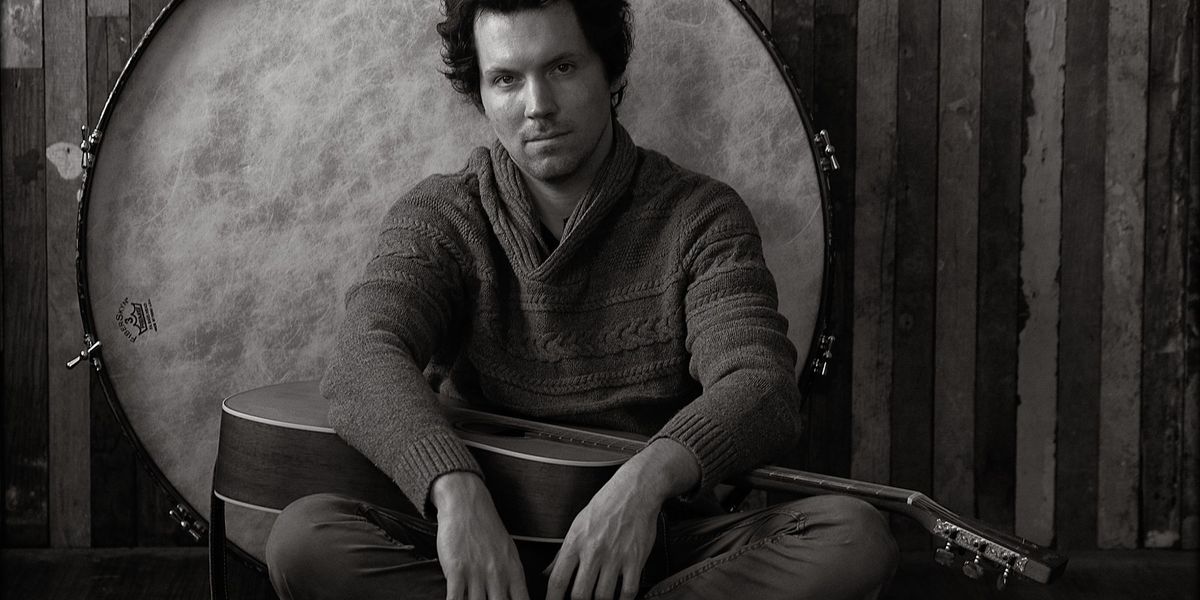 Capable of finger-picking intensive melodies and percussive rhythms, Jake Allen is perhaps most known for his technical guitar prowess. As he’s tread the lines between progressive pop, rock, and folk over the years, the Michigan-based artist has consistently been working to build upon his skill-set as a multi-instrumentalist and singer-songwriter. His resonant voice has lent itself to the most rocking of arrangements, but Allen’s artistic development has been multifarious and far-reaching. Often marrying recherché, varied compositions with obscure lyricism, Allen’s music has mystified audiences around the world as the artist’s ventures have so far taken him throughout the States, Europe, Russia, China, and Japan.

His fourth studio album, Affirmation Day, is due out on 2 October through Six Degrees. On the album, Allen states, “Affirmation Day is a deep dive into the dichotomy of just morals values versus the conditions that both individuals and the human race as a whole tend to manifest. Under that umbrella, the album explores themes of what may lie behind the vale of life, feelings of isolation in a world that is seemingly more connected than ever, and the desire to develop compassion amongst these conditions.”

Premiering with PopMatters is the latest single cut from Affirmation Day, “Rising Tide”. For Allen, it’s a reminder to be humble. Of the uplifting up-tempo rocker, Allen says, “After writing a handful of more esoteric and internal feeling songs during my writing retreat in Lithuania, this idea for ‘Rising Tide’ showed up. The music, which came first, seemed to be asking for a universal theme in the lyrics. I’ve always felt a palpable tension around the idea of progress by any means necessary, both on a global level and within my life. It felt like that’s where the song wanted to go. Writing about the imminent fallout of wearing blinders to consequences has since helped me to look at the areas in my life where I might be doing it myself. As people, I think we all have occasional selfish tendencies and appetites for instant gratification we need to monitor. This song is a reminder to try and identify these things before they come back to haunt us later.

“‘Rising Tide’ is about the encounters I’ve had throughout my world travels that have shined a light on certain human conditions, and even more so, the American condition. This deeply embedded idea of progress by any means necessary kept bothering me. It’s disappointing to see people out there bulldozing their way to success without thinking about who and what they’re hurting along the way. This song acknowledges that tendency and tries to be a reminder of its immediate consequences. Everybody has their own rising tides in their lives. Can we catch them before they drown us is a real challenge we face.”