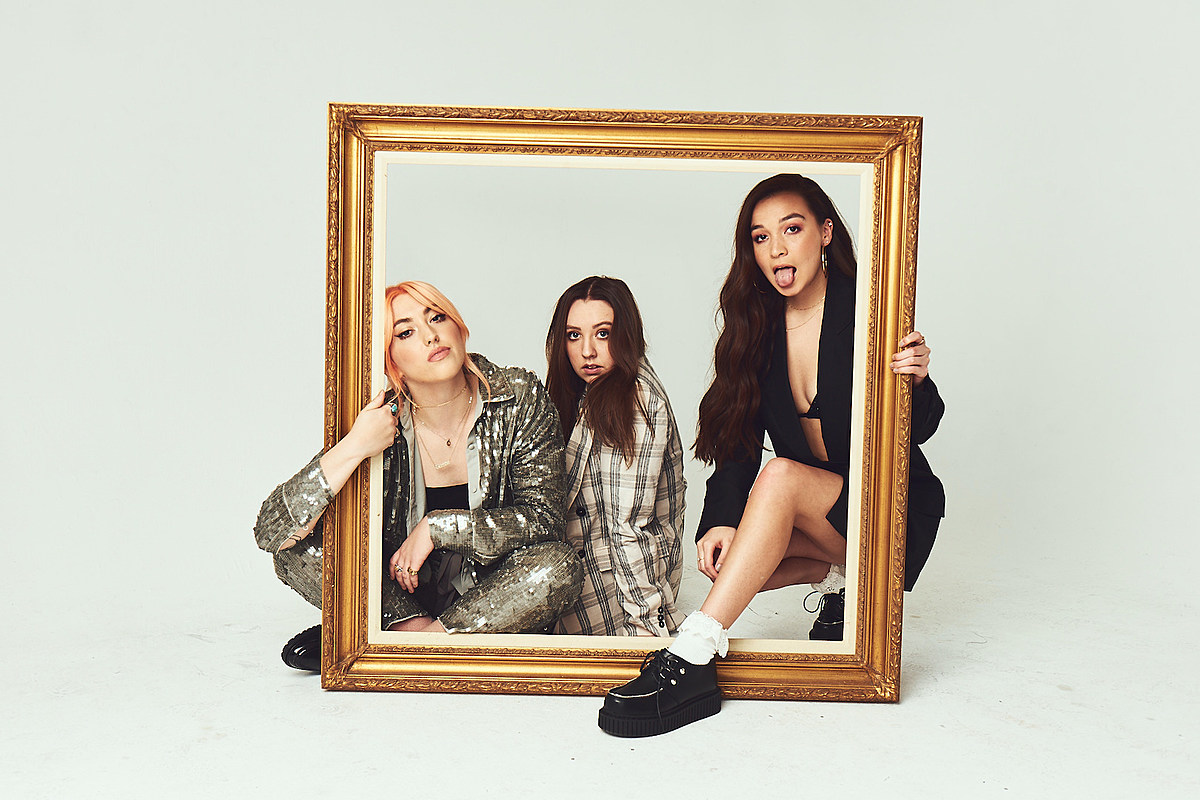 When the Illinois-born friends formed the country-pop band in high school, they didn’t even know what to name themselves—they used an online band name generator and just went with the result. Back then, the closest any of them had gotten to fame was when Savana auditioned for The Voice at 15 years old, a story now deemed infamous among her bandmates. She performed a song picked for her by the show’s producers and watched the backs of the judges’ chairs as none of them turned around to pick her. “Then one of them said, ‘If you would've picked a different song I would've turned around,’” she dishes. (According to a recent telling of this story on the band’s TikTok page, the judge in question was Usher.)

Fast-forward to the beginning of 2020 and Avenue Beat was on a track many acts would consider a successful one: they were living in Nashville, releasing music through Big Machine Records, and performing opening slots for the likes of Mason Ramsey, Maddie & Tae and Rascal Flatts. Then, a few events unfolded that quickly led their year on a downward spiral: The band released an EP of “quarantine covers” to lukewarm fanfare; Sami’s cat Gumbo passed away; COVID-19 ravaged the world; and police brutality caused the Black Lives Matter movement to explode across the globe.

At a particularly low point, the girls decided to “complain in song form.” Savana wrote a conversational verse and chorus (“Low-key f–k 2020 / Still sad, still ain’t got no money”), made a video lip-syncing to it with Sami and Sam, and uploaded it to TikTok. Not even 48 hours later, it had over seven million views. The girls scrambled to finish what would evolve into “F2020,” a hit that has now amassed over 16 million TikTok views, gained a ton of celebrity support and even become their first to reach the Top 40 at pop radio.

Below, Avenue Beat open up about “F2020,” famous fans, their forthcoming album and more.

"F2020" has been streamed nearly 50 million times around the world, and received praise from celebrities such as Will Smith, Maren Morris, Justin Bieber and Bebe Rexha. On the track you reference the EP you put out recently “that nobody liked,” so what's it been like to experience the extreme success of this track, especially when you can't do a proper promotional run?

Sam: It's really strange. To put it into perspective, we've never even played it in front of a live audience—ever. Does anyone even know it? I don't know.

Sami: Yeah, it is strange. It is kind of nice, because we can just Zoom in. It's going easy on us, you know? I think if we had been thrust into that in normal circumstances it would've taken much more of a toll on us physically, like traveling all the time and going all these places. We'd be a lot more drained, but it's kind of nice that we can just go to Savana's apartment, and that's our commute for the day. We just Zoom, get to talk to people, and live stream and stuff, but listen, I would love to travel again. Going to a place, seeing a person…what a concept.

The track also references so many personal and global events that have made the year quite a rough one. How does it feel to have found success out of such a dark time?

Sam: Well, when you put it like that… [Laughs] I don't know. I feel guilty about it!

Savana: A little bit of guilt, a lotta bit of gratefulness.

Sam: Yeah, it was really just for us to get our feelings out. It was like a therapy session, and then it just so happened to also connect with so many people, and we're sorry that so many people connect to it, but we're grateful.

Sami: Yeah, sorry you relate to it, but keep streaming it also. [Laughs]

There's been some talk of a remix of "F2020," and based on all the celebrity fans I'm sure you could get a really exciting feature. Has that remix been made yet?

Savana: We actually just heard a little version from someone who's so cool, and we can't believe that she's on our song, but that's all we'll say about that.

Sami: They got a pronoun! There you go, that you can go off of.

We're not going to make any speculations, but you mentioned previously that Bebe Rexha is a really big fan of the song and that she even started a group chat with the three of you.

Savana: The greatest thing on my phone to date.

What have the four of you talked about over text?

Sami: She was like, "The music industry is a scary place, so if you need a friend." She's so nice. We were like, "Bebe Rexha, you want to be our friend?" We're garbage, don't talk to us! Don't look at us! You're so cool!

Most of your career so far has existed in a country sphere, and I know you're based in Nashville, but "F2020" is definitely more of a pop song—it even has some R&B elements. How do you approach genre, and is that changing as a result of the success of this track?

Savana: I think it started changing during quarantine when we had time to just sit around our house and be like, "Oh, let's just create this thing because we want to create this thing and not have any restrictions on it," and especially after putting out "F2020" and it working, I think it's given us a lot more freedom to explore every genre, so that's what we're doing right now.

Sam: I think it's more on a song-to-song basis than anything else now, which is cool. Savana's producing, so whatever she's feeling. Maybe a banjo one day, maybe a little something else, I don't know.

A lot of the topics that you touch on in the track and video, like the pandemic and the Black Lives Matter movement, are weighing really heavily on people's minds right now. Other politically active artists with country roots like Maren Morris and Taylor Swift have spoken about the taboo nature of speaking out about politics within the country genre. Have you been advised by anyone in the industry to stray away from discussing political issues?

Savana: Yeah, in the beginning when they were trying to mold us a little bit.

Sami: Yeah, 'cause we were young, and we were going straight for country radio, which is a different type of audience than a pop song or something. They were like, "Just keep it more broad. Don't go into specifics."

Savana: But we can't do that. [Laughs]

Sami: Yeah, that was never going to work out for us. We just feel far too deeply.

Sam: I think if you have a platform you should use it, however small or big it is.

I've heard that you're working on an album. Where are you at in the creative process?

Savana: We have so many songs that we've written, and we want them to come out. It's in the production stage right now, which means I have to sit down and do things for a long period of time, which is hard, but we're working on it. It's getting there.

Do you think that it'll lean towards any specific genre?

Sam: It depends on the song.

Sam: I knew there was some weird one coming at the end of that.

Sami: I don't like when you guys analyze my bits, because I have it down to a fine science. [Laughs]

Savana, will you be producing the entire project yourself? Or are you collaborating with other songwriters and producers too?

Savana: My girlfriend is a producer, and sometimes we work together because she's really good. It just depends on the song, but yeah.

Prior to the pandemic you toured with Mason Ramsey, Maddie & Tae and Rascal Flatts, but you've definitely gained more traction than ever amid the pandemic, so what are you most excited about eventually getting back on the road?

Savana: I think just meeting all the fans that we've made online in real life.

Sam: I talk to them in the DMs all the time, but I would love to put a face to the name.

Sami: The thought of, 'cause you know, when you do opening slots nobody knows who you are. You're not important. You're there. People are sometimes nice, sometimes not so nice, but just the thought of people actually knowing the songs we're about to sing and maybe singing them with us, that just makes me happy.

Sam: We've always wanted a crowd to actually sing back the lyrics, so maybe it'll happen someday when we can tour again.