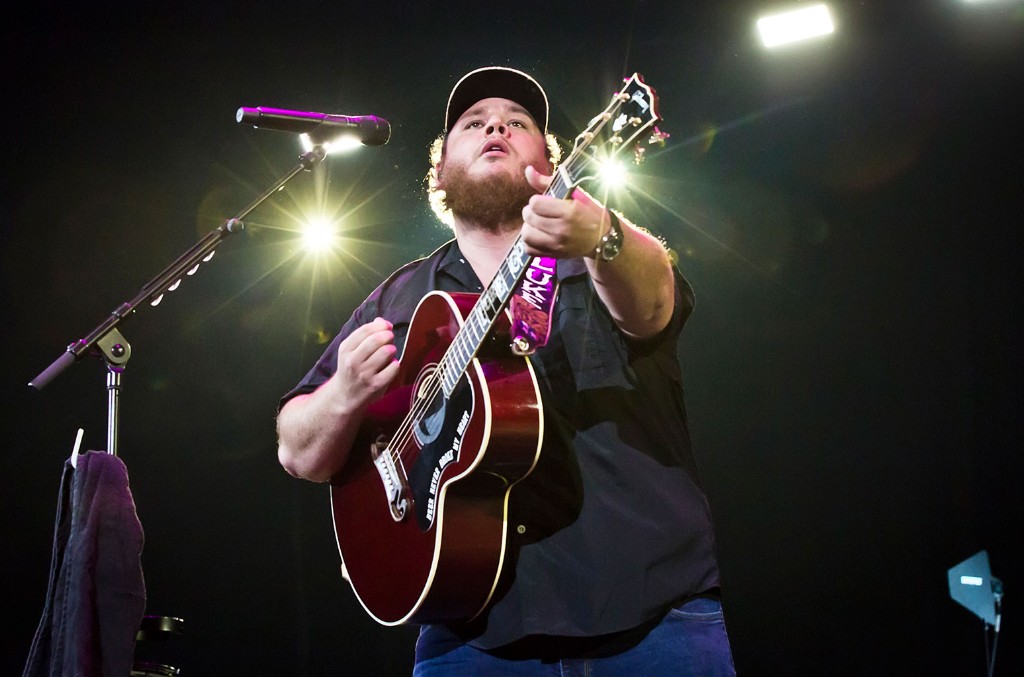 Luke Combs treated fans to brand new music Tuesday night (March 17), during a 20-minute concert from his garage. The singer revealed that he plans to do a similar concert streamed via Instagram each week of quarantine.

Alone on acoustic guitar, Combs kicked off his four-song set with a stripped down performance of Tracy Chapman’s 1988 hit “Fast Car” before performing a new song called “What Do You Do When It Rains?”

“I spent some time before this crazy quarantine thing writing songs at the beach. We wrote this song, didn’t have the situation that we are in now in mind when we wrote it, but it feels like an appropriate song to play. We were sitting around down there and it was raining outside. It never rains at the beach. Nicole was like, ‘What do you do when it’s raining?’” he recalled his fiancee asking him. “I took that line and ran with it and this is what I came up with.”

He then went into his previous No. 1 hit “When It Rains It Pours” which he said was inspired in part by early Brad Paisley songs. Combs said he wanted to write something that was tongue-in-cheek when he sat down with his co-writers Ray Fulcher and Jordan Walker. He’d close his set with the promise of more livestream concerts and the song that started it all – “Hurricane.”

“Thanks for watching! I’m probably going to do another one of these next week. Probably every week that we’re quarantined I’ll do one these,” Combs said. “Just ‘cause I hope you guys like these and I like playing music and I probably don’t have much going on in the next couple of days that I can think of. I hope you’re staying safe out there.”

Watch Owen and Combs’ performances below.

Replay of my live video… Pumped I was able to play a couple of songs for y’all! Thankful technology allows us to connect like this and forget about everything that’s going on for a little while. Everyone stay safe and keep up with the World Health Organization (@who) for all of the latest: www.who.int (link in their bio)