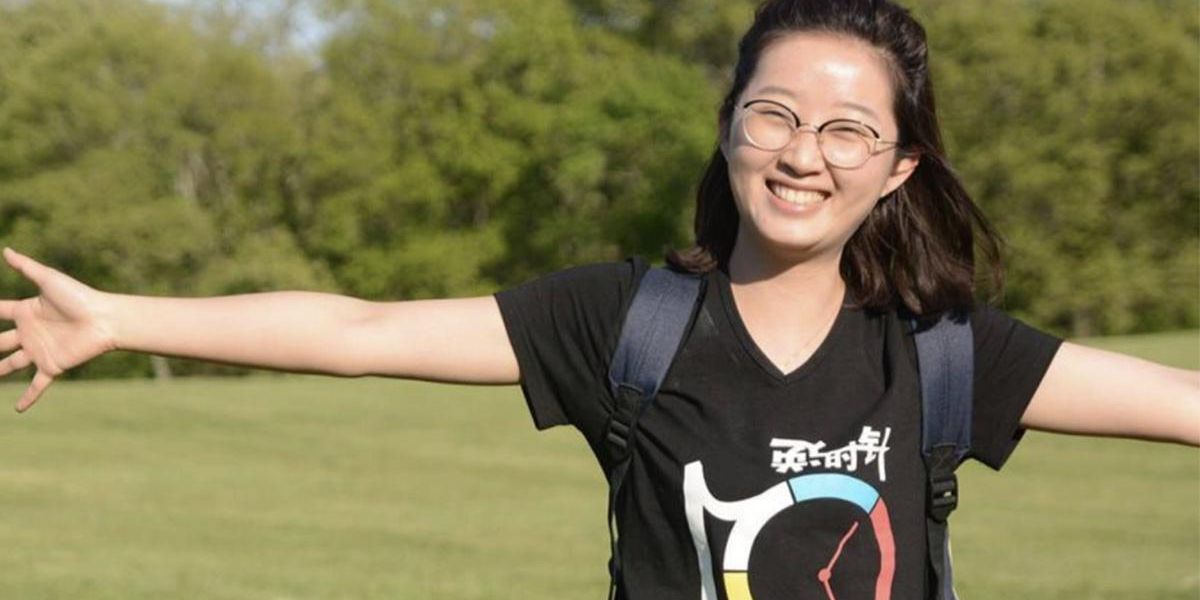 Weeks after the 2017 disappearance of University of Illinois graduate student Yingying Zhang, a psychic offers her services to the search crew. Her advice to the missing young woman’s distraught father, aunt, and boyfriend: “Think like the suspect.” This line sounds like it was directly ripped from one of the almost identical lineups of police procedurals broadcast on weekday evenings throughout the United States, but it must have sounded unsettling to the group who traveled from China to scour through heartland cornfields and wade in mucky streams looking desperately for their beloved.

At the time this footage was gathered by director Jiayan “Jenny” Shi, the outcome of the search was still uncertain. A family in the midst of unspeakable pain accepts Shi as one of their own as she translates conversations with police and concerned volunteers. Her intentions for pointing her video camera were not questioned.

The presence of a camera has the potential to exploit an intimate or agonizing moment. In the right hands, however, it can memorialize with precision unlike that of any other form. A moving tribute of a cherished woman whose journey was callously cut short, the documentary
Finding Yingying upends the familiar storylines of the true-crime genre to reveal the private grief behind the grisly headlines.

As read by Shi, passages from Yingying’s diary bring her fierce determination and perceptiveness to life. It’s her passion for agriculture and environmental science that bring her to the United States in pursuit of an education that can advance her career and support her family. Her poetic descriptions of the American countryside complement a willingness to engage in her field’s mundane grunt work. Underlying the enthusiasm is homesickness and the stark realization of the difficulties of living away from family for the first time. These are all feelings with which Shi relates, a few details notwithstanding.

In most true crime documentaries and films, the bulk of the time is spent on exploring the thought process that can lead a man — as they almost always end up being — to take another’s life, or it follows the investigative process of the detectives hot on the case. The victim rarely gets more than a brief mention. “She jogged through the park every day at sunset…” or something along those lines. Their very existence is reduced to being someone else’s challenge.

“Serial killers are a uniquely American phenomenon,” says Joe Berlinger, a prominent true-crime director who most recently directed two projects about Ted Bundy released on Netflix in 2019. The first was another addition to the long line of documentaries that have tried to enter the mind of the murderer described time and time again as “charming”. The second is a fictionalized take with the lead portrayed by a contemporary sex symbol, Zac Efron of High School Musical fame. For Bundy, dozens of lives taken were a small price to pay for immortality.

Yingying’s murderer likely fancied himself a Bundy acolyte as he studied an “Abduction 101” webpage with all the diligence that allowed him to thrive as a hard sciences Ph.D. candidate at a top university. Shi’s camera captures him lurking in the midst of intense anguish and confusion at the march and concert in his victim’s honor a few weeks after her disappearance. He smirks as they look for answers. This, however, is only a secondary thread within the larger story.

Instead, Shi travels to Yingying’s hometown of Nanping, Fujian Province, to witness how the continued postponement of the trial in a distant, confusing land leaves the Zhang family in a state of suspended grief and mounting tension. Yingying’s father Ronggao borrowed money to make his daughter’s academic dream a reality. He blames himself and copes through chain-smoking and taking out his frustration on his wife.

Then, Shi follows him back to his childhood village to scour through the ruins of the home he grew up in, pulling back another layer of the story to show a rapidly modernizing China where hundreds of thousands of parents are willing to make any sacrifice possible to give their children the life-changing opportunity of education abroad. This is a sacrifice the documentarian recognizes firsthand.

This documentary pointedly does not include the true-crime trope of a prison interview through a glass panel — a climactic moment of simulated danger that puts the viewer “face-to-face with evil”. This would only serve to distract from the people, places, and stories worthy of the camera’s focus. Yingying was surrounded by love, and her aspiration to never be merely “ordinary” shines throughout this deeply moving documentary.

Finding Yingying is not an easy watch. The guilty pleasure tag that is frequently applied to many true crime documentaries does not correspond. First-time director Shi highlights the reverberating effects of trauma with breathtaking tact in the type of humane storytelling that is only possible when the observer becomes a participant in the unfolding narrative.

“America is Obsessed with Serial Killers.” The Atlantic via YouTube. 15 May 2019.