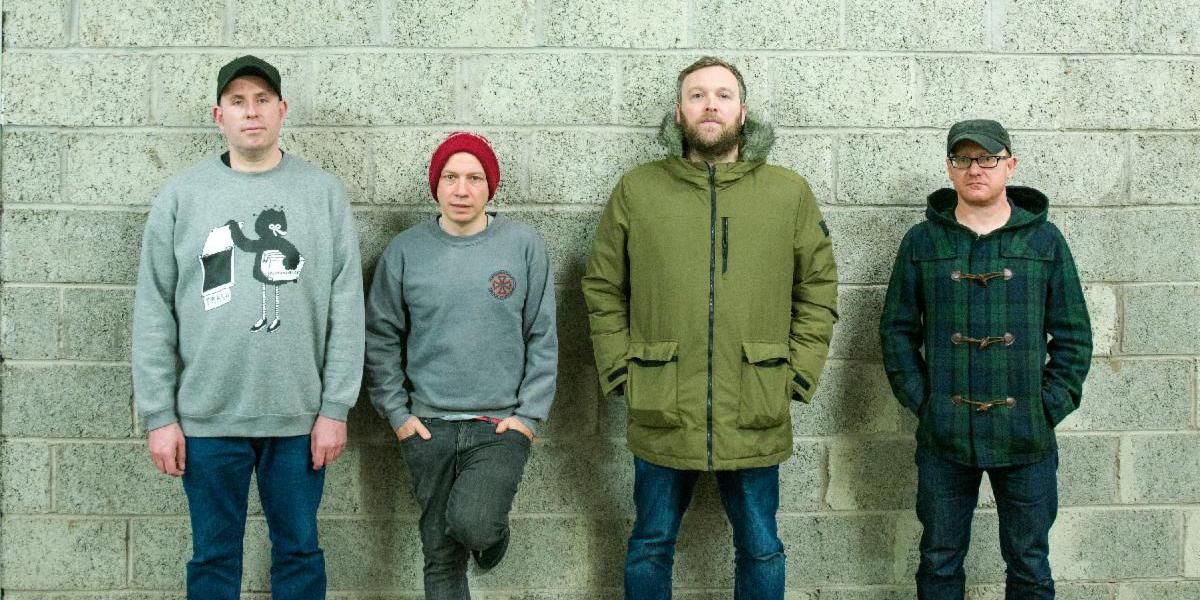 Humbled by the 2016 EU referendum, British Prime Minister David Cameron’s made his resignation speech to Parliament, musing, “I was the future once.” It was a chastened reference to a moment some 11 years earlier when, as a rising star, he had pointed at an increasingly grey-haired Tony Blair — another youngish politician who had muscled his way past older men — and taunted, “he was the future once.” Now Cameron stood, a defeated man, redeeming some small scraps of dignity in sober recognition that every arrogant, risk-taking high-flyer will be slowed by the weight of their own history, overtaken by life, and ultimately surpassed by “the new”.

Mogwai surely know how that feels and draw conspicuous attention to their burdensome past by releasing their latest album, As the Love Continues, on the 25th anniversary of their debut single. In a first heady half-decade, they took the rock ‘n’ roll templates stretched and warped by bands like Sonic Youth and My Bloody Valentine and tore them asunder. It’s hard to describe how shockingly new they felt, employing rock band instrumentation on scales associated with classical music or the wildest jazz, in service of a sound so extreme it alternated between pulling the breath from your lungs or making you gasp with relief. They were prolific too but never exhausted anyone’s attention because, on each fresh release, they miraculously topped themselves. The spell of unassailable magic broke in 2001 with their last moment of incontestable genius, “My Father My King”, an interpretation of a Jewish prayer of confession and a request for absolution. Having followed every note of the ensuing two decades, I wish Mogwai had cleaved to their pact with Satan because, damn, they sinned so good!

However, where they differ from the defeated and dejected is that while there was no way they could tightrope permanently above everyone’s expectations, As the Love Continues testifies that Mogwai are still a truly great band. Puckish masters of their art, the new album is another heartening step forward, capping a resurgent decade. It began with 2011’s wisely knowing and defiant Hardcore Will Never Die, But You Will, then Rave Tapes (2014), which felt like a pugnacious jibe directed at anyone credulous enough to believe they might make some gauche dancefloor turn. Having laid to rest the idea that there might be anything particularly wrong with their formula — and buoyed by a consistently top-notch run of soundtracks — Mogwai’s last album, Every Country’s Sun, felt like a relaxed band looking comfortably to the future and no longer glancing back. As the Love Continues goes further, making peace with the albatross of reputation and getting on with being a contender for the finest band to emerge from the UK in the last quarter-century.

An early highlight, “To the Bin My Friend, Tonight We Vacate Earth”, follows its own guidance and blasts off into the stratosphere. They should offer this to NASA as backing for a space launch montage. The track builds expertly from a simple electronic beat joined by twinkling keyboards, a warming throb of the bass. Then a descending piano line, a tapped cymbal ushers in restrained drumming. Finally, a delicately picked guitar completes the constellation almost a full minute in. The elements circle one another, rising to prominence then receding — until the final course is set for triumphal celebration as everyone cuts loose. “Here We, Here we, Here We Go Forever” maintains forward motion, riding a beat and loop straight from the 100 Gecs “Ringtone” pre-sets compilation. What is either a guitar or a voice enters, but filtered through such heavy effects, it sounds like the most extreme of Roger Troutman’s histrionics on Tupac Shakur’s “California Love” — no bad thing at all, another genuine surprise.

Of course, the album still loses a touch of pace in its ticking of standard Mogwai boxes. Breathy vocal track? Check! (“Ritchie Sacramento”). Pretty drifting ambience? Check! (“Dry Fantasy”). Unremarkable rocker that flashes all it’s got in the first 30 seconds? Yup! (“Supposedly, We Were Nightmares”). The grandiose feedback-screaming epic? Check… Oh no, wait… Mogwai are so heavily associated with the long-song-mode — having bust the eight-minute mark eight times across their first three albums and a further five times on EPs of that era — that it’s easily overlooked that it’s been a decade since they worked at such length and instrumental concision is far more fundamental to Mogwai 2021. It’s like they took a blowtorch to the amp-worshipping crescendos, dumped them, then wielded the exposed edges of each song back together. What’s left is the more intriguing warp and weft that was sometimes smothered under volume.

Once the adequate but average duo of “Ritchie Sacramento” and “Dry Fantasy” is out the way, the hit rate climbs to remarkable heights. “Drive the Nail” gathers its energies, then homes in on a powerful rhythm and bangs it home in fitting style. “Fuck Off Money” has a certain similarity in how it moseys around familiar terrain before kicking off its shoes for the uninhibited sweet release the album needs at its mid-point. “Ceiling Granny” is a glorious welter of mosh-pit stirring riffs, then an unexpected and potent spin-off into spacey panning effects before a final rally.