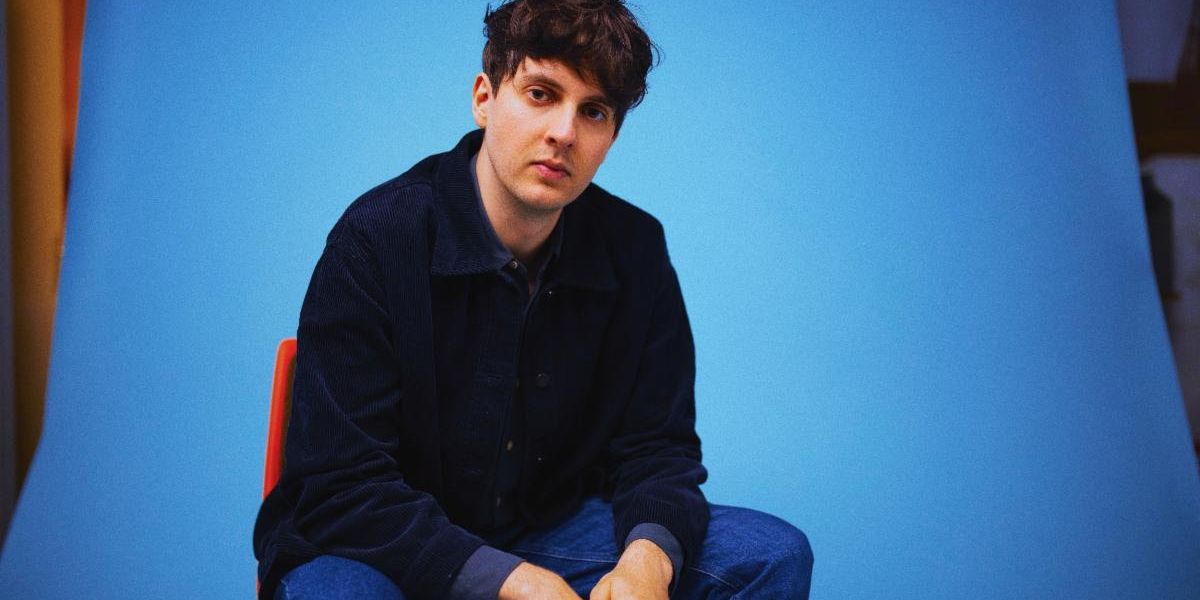 When the young Marius Lauber premiered his first song “Sea” under his stage name of Roosevelt back in 2012, the idea of mixing indie rock aesthetics with disco-synth energy wasn’t new, but boy did he do it well. A following started and only continued to grow in the years since, culminating with two full-length albums and numerous remix projects to his name. Building his fanbase slowly but surely, the energetic Lauber continues to tease out a third record with a pair of new 2020 singles, “Sign” and “Echoes”.

What’s particularly striking about Lauber’s new material is how after putting his influences into a melting pot on his first two records to see what unique synthpop alchemy arises, these two releases speak more directly to the root of his influences. That’s especially true in how they nod to the arpeggiated sounds of classic recordings of Frankie Knuckles and Giorgio Moroder. “Sign” dances in the neon-framed shadows of Moroder’s 1980s work, specifically his synthy soundtrack efforts and pop album collaboration with the Human League’s Philip Oakey. “Echoes”, meanwhile, recalls those percolating electronic tones that roll over into larger, dancier melodies, itself echoing Knuckles’ legendary hit “Your Love” as well as Moroder’s own early experiments in the form of “I Feel Love” and the Midnight Express soundtrack.

Always a student of dance music, it’s clear that for whatever his next project is shaping up to be, Lauber has dug deep into the inner workings of dance music and studied the history vigorously. As such, when it came time to pick a topic for PopMatters’ Fave Five, he went with his “Five Favorite Synth Sounds in a Song”, which couldn’t be more apt. We might even take it as a sign.

I remember hearing this song in a clothing store in my teenage years and how it blew me away. Although the intro arpeggiator’s notes are really as simple as can be, the sound seems to be moving around, and it has this very lucid quality to it. It’s what I try a lot in my own music as well — to keep the melodies relatively simple, so they have room to impress with their sound rather than with too many notes.

There are a lot of great synth sounds in all of LCD Soundsystem’s discography but this one stands out to me. How the polyphonic chords and the lead melody are layered in the intro is pure bliss and synth heaven. The chords are a Korg Poly Ensemble which I bought after seeing it in a making-of video to this song — and I used it a lot on my new material. The fast Arpeggiator in the intro is a Yamaha CS60, which is one of my favorite synths of all time. I have one in my studio at the moment but it’s a long-term loan from a befriended band.

I listen to this record a lot when I do breaks in the studio or when I have to set up a microphone setting or new gear. It’s done entirely on a Buchla 100 system from the 1960s. Sam from Floating Points introduced me to them a few years ago when we were DJing at the same party in Berlin. It’s incredible to me how rich and dense the Buchla textures on this record sound, although there are mostly just two monophonic layers built on top of each other. It’s definitely a synth that is still on my bucket list and that I want to get my head around in the future. I’m already trying to understand the structuring of it with the Arturia plug-in version, which sounds great as well.

A friend gave me this on vinyl, and it’s so amazing. It’s a whole record made to play for your plants. The opening track that I chose has a Moog Theremin lead sound on it that sounds super nostalgic to me and always brings back memories of playing the first Zelda games when I was a kid. I sometimes listened to the whole record when I got back home from the studio while working on the new material. Part of the magic of it is that you don’t really know who’s behind it. There’s some info about the composer Mort Garson, but it feels like playing music from another planet as you don’t know much about the making of this record. It kind of lives in its own world to me.

Daniel Nentwig, the Whitest Boy Alive keyboard player, is definitely one of the most inspiring synth players to me. He introduced me to Crumar, an Italian synth brand that built unique synthesizers in the 1970s. They have an incredibly warm and rich quality to them. Daniel plays the DS2 model in Whitest Boy Alive, which is this weird Minimoog clone that also has a polyphonic mode. He uses it mainly in a percussive way. However, there are these lush chords coming in in the second verse in this song that are building into this great, euphoric crescendo.