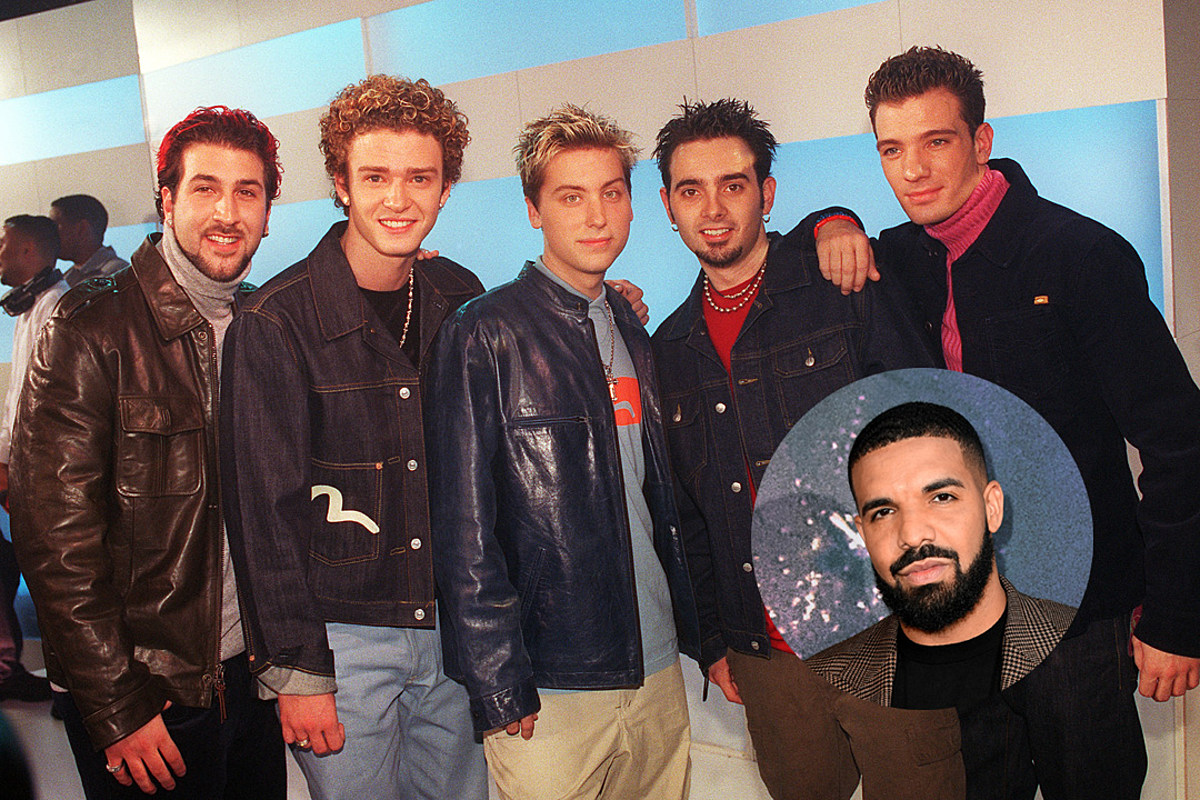 Drake served a slice of ’90s nostalgia on one of the songs that made the tracklist for his album Certified Lover Boy. The “One Dance” rapper sampled a cover of Christopher Cross’ hit “Sailing” recorded by *NSYNC.

The boyband’s cover originally landed on their self-titled debut album in 1997, and the deep cut makes a modern-day reappearance on Drake’s “TSU.” Group member Chris Kirkpatrick opened up about the surprise credit in an interview with Variety. “It’s flattering when things like this happen and with us, it doesn’t happen that often,” he admitted. “It makes you feel old but also makes you go, ‘At least we affected music today.’ It’s cool we had a little hand in the landscape of music today.”

The singer added that he wasn’t sure why Drake chose their version of the song instead of the original. “If I could guess why Drake does what he does, I could be Drake,” he commented. “I guess he had an idea, went with it and it worked perfectly.” He revealed that he hasn’t discussed the song with his other bandmates yet.

Asked about the possibility of collaborating with the rapper, Kirkpatrick seemed ready and willing. “I would just sit back and go, ‘Tell us what you need us to do and we’ll figure it out.’”

It’s worth pointing out that this isn’ the first *NSYNC sample to pop up recently. Ariana Grande sampled “It Makes Me Ill” off their 2000 album No Strings Attached on “break up with your girlfriend, i’m bored.” She took the song to the number 2 spot on the Billboard Hot 100 in 2019.

Although Drake’s sample delivers a welcome dose of nostalgia, it is not without controversy as the song also credits disgraced hit-maker R. Kelly. A rep for the “Hotline Bling” artist declined to comment on the credit when asked by Rolling Stone. However, Drake’s producer Noah “40” Shebib shared some insight into the decision.

“On a song called tsu at the beginning is a sample of OG Ron c talking,” he explained in the comments section on an Instagram post. “Behind that faintly which you can’t even hear is an r Kelly song playing in the background. It has no significance no lyrics are present, r Kelly’s voice isn’t even present but if we wanted to use Ron c talking we were forced to license it.”

“Doesn’t sit well with me let me just say that,” Shebib added. “And I’m not here to defend drakes lyrics, but I thought I would clear up that there is no actual r Kelly present and it’s a bit misleading to call him a co lyricist.”