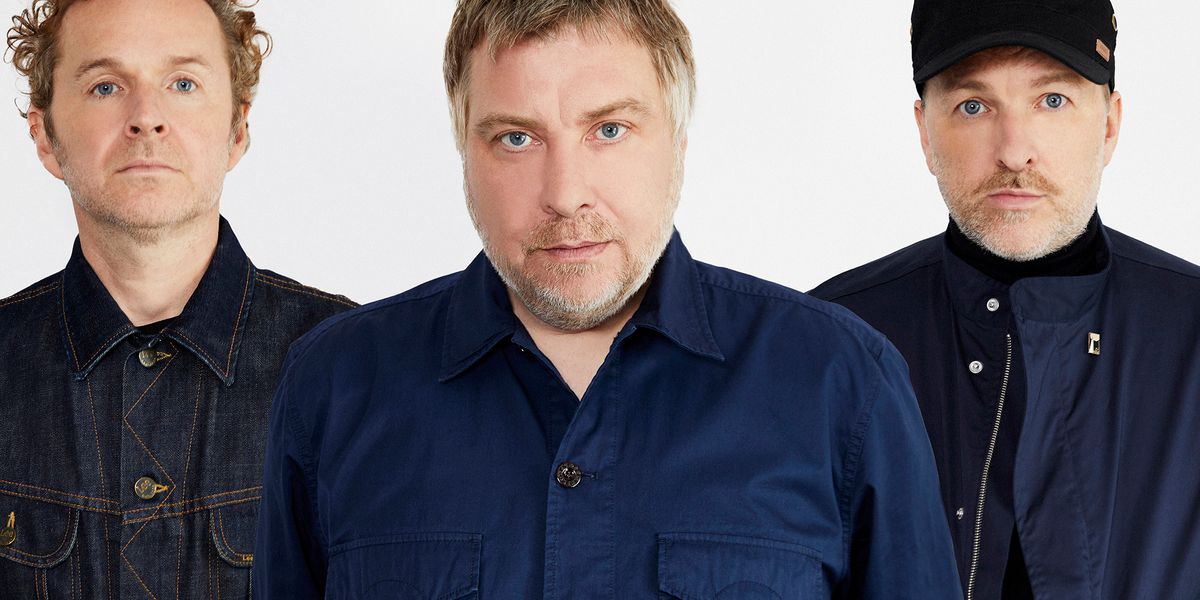 Barely three words into the first full-length offering from Doves since 2009, the recently reunited Mancunian trio reminds us why its signature brand of melancholy was so inviting in the first place. After an ambient intro sets the mood like a thick fog, Doves’ now-familiar knack for capturing heartache and swoon in the same breath comes back into view in startling fashion with the album’s leadoff single “Carousels”. And when frontman/bassist Jimi Goodwin makes his entrance with an opening verse about the “bitter pill you’re sold” and “living this life, where fear takes hold”, he invests his lines with so much melody it’s as if every syllable were pregnant with a lifetime’s worth of hurt.

True to the exquisite studio craftsmanship of the band’s previous work, Goodwin’s voice is treated with reverb and echo so that his words trail off. His narrator hovers above the rest of the music, a kind of living ghost suspended in the weight of his own thoughts and memories. As usual, Goodwin tinges the words with a sense of wistful rumination no matter what he’s actually saying. Of all the acts we might classify as Doves’ peers—Elbow, the Verve, Coldplay, Radiohead, Oasis—none have conveyed a sense of nostalgia quite as powerfully (or at least as insistently) as Doves. With The Universal Want, the band once again show us that our most commonplace understanding of the word as an almost trite yearning for the past just doesn’t go far enough in capturing nostalgia’s complex layers of feeling.

Doves staked their reputation on intricate tapestries of sound and detail-oriented mixing, so it’s no surprise that The Universal Want gives listeners a boundless expanse to explore—and ultimately connect with—a complicated range of sensations in a way that speaks directly to them at a non-verbal level. As the band makes apparent very quickly on “Carousels”, it has an unparalleled ability to arrange songs so that every instrumental part can be hummed—including Goodwin’s basslines and even Andy Williams’ drums. Twenty years ago, when Doves made their full-length debut with Lost Souls, an anniversary they commemorated this past April with a Twitter listening party and some retrospective commentary, their music was all too often described as fodder for pre-dawn comedowns after evenings spent indulging in substances. Even no less an authority than Johnny Marr described the album in those terms.

Of course, the trio’s Manchester roots, specifically its previous incarnation as the dance-oriented outfit Sub Sub, made it all too tempting to contextualize Lost Souls within the legendary excesses of the “Madchester” scene. Never mind that Goodwin, Williams, and his twin brother, guitarist Jez Williams were actually doing loads of partying when they were playing as Sub Sub. The density of their sound owed more to shoegaze and psychedelia than the approach of their Manchester forebears. More importantly, Doves were always able to marry hurt with beauty in a way that felt nourishing and even life-affirming to listen to.

A typical Doves song immediately snapshots the moment in your life where you’re first hearing it, somehow resonating with everything that makes the moment bittersweet. And, since Lost Souls, the band has always been able to conjure in sound the crushing isolation that’s threatened to engulf every person who’s ever lived, as well as our innate craving to keep it at bay, evidenced right off the bat by the heart-rending but spellbindingly beautiful “Break Me Gently”, the first song the trio came up with in their transition from Sub Sub to the more instrumentally-oriented Doves. It’s that tension between connection and despair that serves as the rocket fuel that helped the band’s earlier records achieve transcendence (and reach #1 on the UK charts).

With that in mind, then, the arrival of The Universal Want couldn’t be more timely. After an almost decade-long hiatus, Doves have pulled off the rare feat of recapturing everything familiar with their sound while adding some fresh twists. The vaguely reggae/funk-tinged beat that drives “I Will Not Hide”, for example (which, thanks to the rest of the instrumentation, sounds neither like reggae nor funk ) shows that the band has learned to be lighter on its feet. Doves albums have always encompassed various musical colors, and The Universal Want is no exception. Again, though, the attraction to the somber remains as strong as ever. On the title track, Goodwin sings, “The universal want is everywhere / The universal want is everyone” in a descending melody that could have been a funeral hymn.