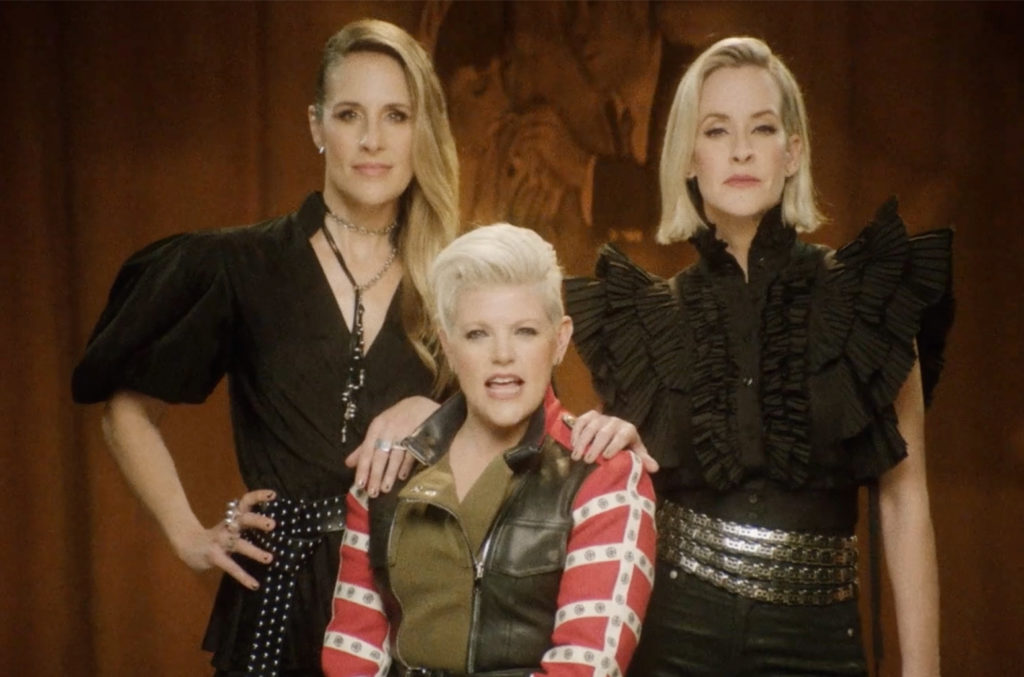 Released March 4, the song sold 12,000 downloads in its first full week of tracking (March 6-12), according to Nielsen Music/MRC Data, and ascends 2-1 on Country Digital Song Sales.

The group earns its first leader on the list (dated March 21) among four appearances. Taylor Swift’s “Soon You’ll Get Better,” featuring Dixie Chicks, debuted and peaked at No. 3 last September, marking the band’s first top 10. (The chart began in 2010, after Dixie Chicks’ run of their biggest hits in 1997-2003.)

The single flies 31-20 in its second week on sales-, streaming- and airplay- based Hot Country Songs chart, also fueled by its 3.8 million U.S. streams in its first tracking frame.

On Country Airplay, it ranks at No. 51 with 1.4 million audience impressions in the March 9-15 tracking week, a decline of 55% after it debuted at No. 36 on the March 14-dated chart. (The fall is typical for songs following a first week aided by a day’s hourly plays on participating iHeartMedia radio stations, as “Gaslighter” was.)

Dixie Chicks have now posted 28 Hot Country Songs entries, including six No. 1s among 15 top 10s. “Soon You’ll Get Better” became the group’s first top 10 since its most recent No. 1, “Travelin’ Soldier,” in March 2003. The same month, the group suffered fallout following negative comments that lead singer Natalie Maines made about President George W. Bush ahead of the Iraq War.

“Gaslighter” is the first offering and title track from Dixie Chicks’ first album since 2006, due May 1. The track was written by the band, which in addition to Maines includes founding members and sisters Martie Maguire and Emily Strayer, with Jack Antonoff.

‘DANCE’ HIT Meanwhile, Jordan Davis earns his third straight career-opening Hot Country Songs top 10, as “Slow Dance in a Parking Lot” steps 11-10. The song lifts 7-6 on Country Airplay, up by 6% to 26.6 million impressions. It also drew 5.3 million U.S. streams and sold 2,000 in the tracking week.Davis peaked at No. 4 on Hot Country Songs with his first two entries: “Singles You Up,” in April 2018, and “Take It From Me,” in March 2019. The former led Country Airplay for a week and the latter reached No. 2.