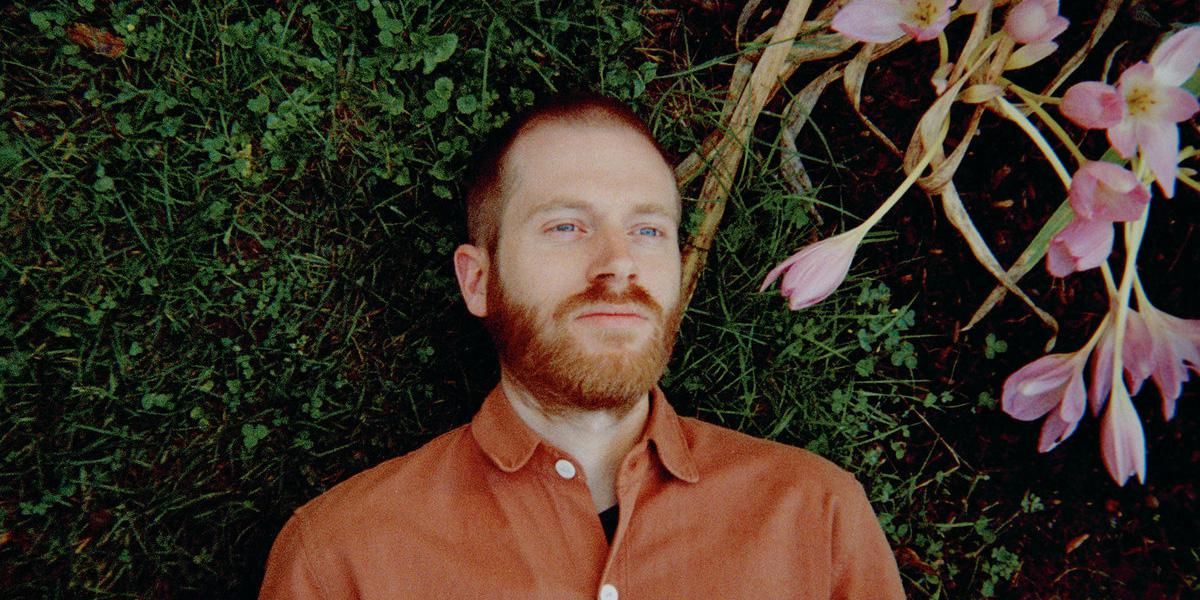 “This is sacred music written for my own personal practice. If it is at all utilitarian, I hope that it encourages you to create something for yourself.” – Dave Scanlon.

Even the most casual appraisal of Dave Scanlon’s discography can be disarming and more than a little daunting. As a singer and multi-instrumentalist, his Bandcamp page includes standalone solo keyboard tracks (“Music for solo piano no. 3”, “Counting”, “Recounting”), guitar freakouts (Mannerism), slightly more “traditional” solo albums with a small collection of collaborators (You are copper greening in open air), among many other projects. That’s not including the handful of albums released over the past few years by JOBS, the experimental quartet that includes Scanlon on guitar and vocals. So it’s a bit odd to witness a relatively “normal” singer-songwriter album from Scanlon – if you want to call it that.

Pink in each, bright blue, bright green is a solo album in the most literal sense. With the exception of one track featuring bass guitar by Matt Mehlan (who mixed the album), Scanlon plays everything himself. The instrumentation is refreshingly sparse – Scanlon sings, plays primarily nylon string guitar, occasional electric guitar, as well as keyboards for just the right texture. This isn’t 1970s-era Todd Rundgren or Stevie Wonder attacking the studio with 15 different instruments. Rather, Scanlon has produced a toned-down solo album that sounds more like a collection of lovingly crafted demo tracks that nevertheless yields a quiet intensity.

“Beast and King” opens the album as something of a brief overture: accompanied by simple, deliberate guitar strums, Scanlon sings, “Beast you met me / King claw from the sky / Fuck the heights you spoke from / And the garden you ate from” and is soon joined by spacey sonic swoops (namely, a Farfisa VIP 400, Scanlon’s primary keyboard of choice on this project). But despite much of the odd, unique choices Scanlon makes throughout the album, he often embraces an intimate, bracing folk aura, such as on the lilting first single, “Water’s No Crop”. Here, his vocals mesh beautifully with simple acoustic fingerpicking, sweetened by occasional electric guitar lines. Likewise, “She Is the Girl Behind Your Money” employs the same somewhat traditional template, as does the nursery rhyme soundalike “Kingfisher”.

But this kind of relative normalcy is tempered with tracks like the almost hypnotic “Everybody Knows,” as a harmonic guitar figure is repeated over and over with a sustained, ambient keyboard bed hanging overhead. It’s rare to hear a small collection of instruments create such utter majesty. “Cable to the Sky” applies a similar combination of tension and strong melody, as Scanlon’s double-tracked vocals give off a sense of unsettling urgency, reminiscent of some of the angular robotics of the best JOBS songs. As on any other non-instrumental Scanlon project, the vocals are delivered with such a deliberate air, as if every word means the world to him.

After a baker’s dozen of songs that explore dissonance, ambient backdrops, and minor-chord charm, Scanlon closes the album with the languid ballad “Luxury”, offering up what sounds like a love song, but with Scanlon’s usual assortment of quizzical metaphors. “I’d like to be your luxury,” he sings. “Worn for wearing with no need / Purposeful leisured purposefully / And what can we do with these rich times / Serving me serving you / Citrus and sweet.” Backed by subtle bass lines from the Farfisa, Scanlon plays both the nylon string guitar and an archtop model – one in each channel – to create a rich atmosphere, with a traditional feel that seems to contradict most of the songs that came before. With Pink in each, bright blue, bright green, Dave Scanlon has once again crafted an album that contains multitudes.