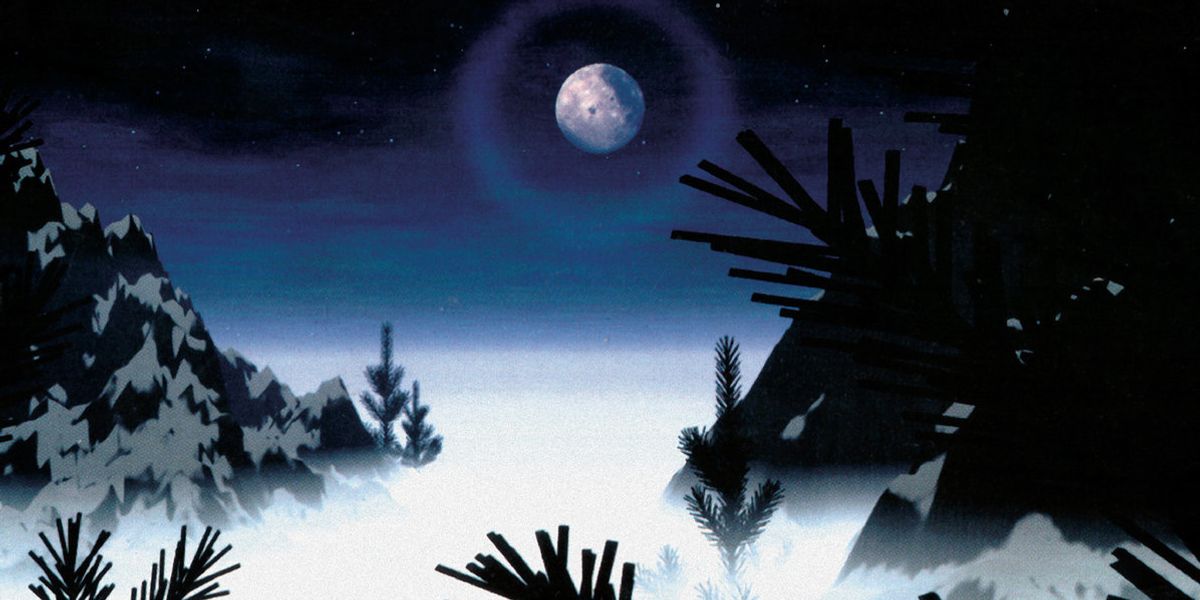 Few musicians have succeeded in manipulating and shaping atmosphere as well as Coil. The duo founded by musical (and life) partners John Balance and Peter “Sleazy” Christopherson in 1982 produced 18 astonishingly innovative studio albums (plus dozens of singles, EPs, remixes, and special versions) over two decades until Balance’s death in 2004 (Christopherson died in 2010). Their combination of minimalist sampling, found music and field recordings, sparse electronics (profoundly groove-driven and danceable at times), and ethereal, esoteric vocals have constructed an oeuvre profoundly unique in musical history.

Musick to Play in the Dark is not the best example of this – there is a bit too much of the contemporary droning influence on it, an atypical dabbling in vocal harmonies – but it is still a worthwhile and remarkable addition to their legacy. When originally released as a two-part album in 2000, it marked the height of their “moon musick” phase, a shift in style they introduced in 1998 with a series of EP’s themed around the solstices and equinoxes (commencing with Spring Equinox: Moon’s Milk or Under an Unquiet Skull). This phase of Coil, explained by them as more “feminine”, “lunar consciousness musick” in contrast to their previous “solar” phase, featured extensive use of organs, electric viola, and other synthesizers, a greater range of vocal experimentation, and the frequent presence of collaborator Thighpaulsandra. Veteran Coil collaborator Drew McDowall also contributed to Musick to Play in the Dark. A limited-edition 12-inch vinyl version of the album featured the apt comment “It’s just a phase we’re going through” etched onto the B-side.

The re-issue, 20 years after its original release, comes at a good time. Not only does the group’s prodigious output deserve wide distribution (with founding members John Balance and Peter Christopherson both deceased, there is the risk that much of their less widely available work might become even less so), but Coil provide desperately needed solace at a difficult point in our collective existence. Their admittedly eerie ambience is just so magical at times that it exerts a calming effect, a much-needed reminder that there is space for the imagination to occupy beyond and outside the vicissitudes of street politics and resurgent neo-fascism. Coil were never detached from the real world – far from it – but their esoteric and pagan journeys provide a different sort of space to engage that world, an ambient, creative electronic realm in which to breathe and re-energize. The tracks on Musick to Play in the Dark serve that function in a deeply satisfying fashion.

“Are You Shivering” is pure Coil: the subtle, eerie messaging manifests in a track that opens with the aforementioned drone and vocal utterances but reaches its apex with Balance’s ethereal, dream-like vocals, a subtle electronic beat emerging before the track lapses once more into drone and a staccato-like fluid drip.

“Red Birds Will Fly Out of the East and Destroy Paris in a Night” – a typically Nostradamus-like reference – opens with minimalist ’80-style electronics and distant, ominous ambient noise and hum. Part of Coil’s magic is that when they toyed with electronics in the ’80s, it never sounded like ’80s electronics – it was always somehow eternal, out-of-time, unique from yet blending indistinguishably with the electronic music of later years. Their 21st-century electronics were the same – even when evocative of the ’80s, they still defy any distinguishing time-stamp. It is as though Coil produced electronics in a dimension outside of time, deftly avoiding those markers we usually use to timestamp electronic music while drawing on the best of the genre at any given period. Their opening ’80s-style electronics on this track glide at times into neo-classical symphonics, then drift out again into an ambience that could serve nicely as the soundtrack for a less sanitized, more taboo-crossing Stranger Things.

“Red Queen” opens with ambient hum and insectoid rattles, drifting through a space of drone and then sliding into cabaret. Poignant, mesmerizing piano accompanies Balance’s hypnotic, gently effected vocals. “And what are you going to do if they don’t believe you?” “Broccoli” returns us to the ambient hum and glitch and retains a distorted, fuzzy ambience to accompany Balance’s faint, barely discernible vocals. This track is the weakest on the album, although the haunting piano work at the end deserves note.