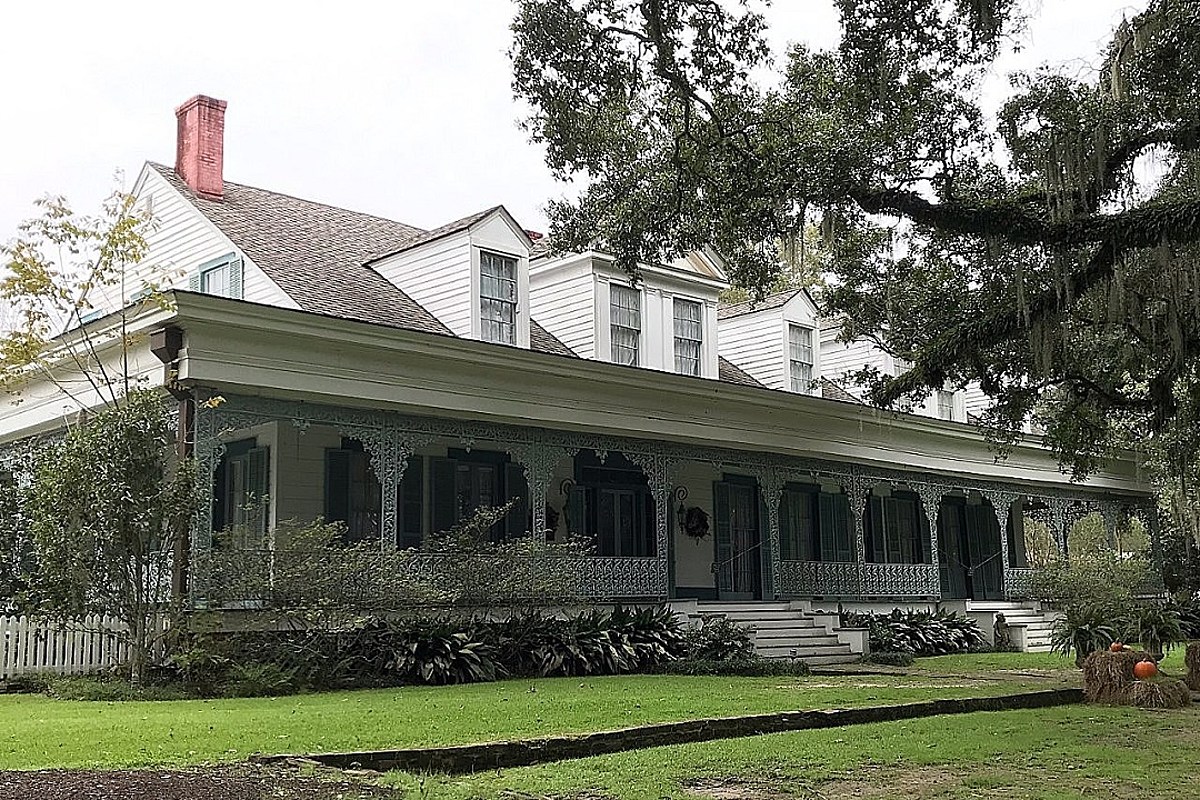 It might even be one of the best pictures taken of a ghost anywhere… seriously.

The Lancon family from Lafayette, Louisiana took a day tour of the Myrtles Plantation in St. Francisville this past Sunday (Aug. 8). Like most people who go on the tour, the Lancon family kept a sharp eye on their surroundings to make sure they noticed anything weird happening around them.

As they went room to room at the Myrtles Plantation tour, the tour guide gave them the history of the plantation, the house, the significant events that have taken place in each room—and of course, they learned about Chloe.

Who Is Haunting the Myrtles Plantation?

According to myrtlesplantation.com, 10 murders have reportedly occurred in the plantation house, and the owners believe that at least 12 ghosts haunt the Myrtles Plantation.

Of those 12 ghosts, the more well-known said to haunt The Myrtles Plantation are one-time owner Clark Woodruff’s wife and two children, William Drew Winter, 3-year-old Kate Winter, and of course the most famous of all, Chloe.

Kate Winter, daughter William Drew Winter, tragically died at the Myrtle Plantation of typhoid fever at the age of three.

The painting above is of Kate Winter and hangs on the wall at the Myrtles Plantation.

Remember that face, because you’re about to see it again in a much different way.

This past Sunda, Jamie Lancon, Glenn Lancon and their family made the day trip to St. Francisville to take a tour of the Myrtles Plantation. As they went through the rooms, like everyone does when they tour the house, they took pictures hoping to maybe snap a picture of some of the ghosts that are said to haunt the plantation.

After the tour was over everyone checked their pictures to see if they got lucky enough to capture anything paranormal. At that time, no one noticed anything in the pictures they took.

Not being disappointed because it was certainly a fun family outing, the Lancons headed on back home to Lafayette.

After getting home, Jamie Lancon decided to take another look at the photos from the Myrtles Plantation tour, and that’s when she saw something in one of the photos she hadn’t noticed earlier.

Lancon says they were the only people in the room when this picture was taken. Jamie, Glenn, George, and another man on the tour that you can see wearing the tan hat and green shirt looking at the mantel.

What caught Jamie’s eye was, upon further inspection there appears to be someone else in the room who wasn’t there when the picture was taken.

Even though the image gets blurry the more it’s zoomed in, you can still see the resemblance between the ghostly image on the left and the portrait of Kate Winter on the right.

In the photo below I brightened the face of “Kate” floating above Jamie’s head.

I say “floating” because if she’s not, then there’s a 7 ft tall little girl walking around the plantation.

Is the Myrtles Plantation Really Haunted?

The Myrtles Plantation is known as America’s most haunted house. Sure, it could be all a bunch of bull cooked up for media hype and tourism dollars but, if you’ve ever been there you can tell from the minute you step out of your car that things are just not…normal.

Below are a few more photos I cropped to hopefully make it easier to see “Kate” floating around the room.

Have you ever taken a picture of a ghost?