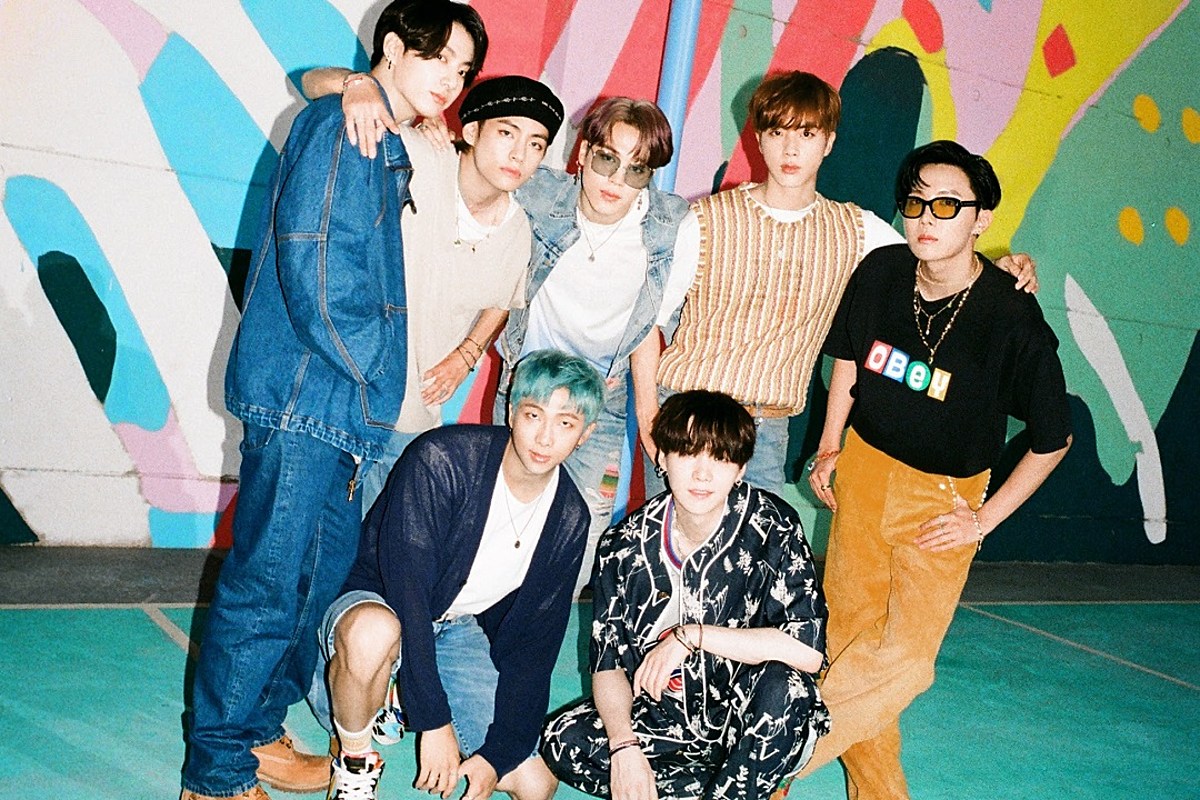 On Christmas Eve and Christmas Day (KST), Jimin and V gave the gift of music to ARMY with solo tracks. Jimin released "Christmas Love" which was co-produced by fellow BTS member, RM and Slow Rabbit, while V debuted "Snow Flower" featuring Peakboy that was self-produced.

"Oh I been waitin' for this Christmas Day / My heart is already on this white street / Last night, snow fell in my dreams/ You waited all day in the blanket," Jimin sings in "Christmas Love."

"I wanted all of you to hear this song, and I’m very, very happy that it was possible," Jimin said in a blog post according to Soompi. "I’m here today to tell you a little bit about the reason why I’m sharing such a bright song during such difficult times. As you can tell by the lyrics, this song contains the emotions I felt in one of my favorite childhood memories, which is when I first saw thick snow falling."

Jimin shared that he believes as we grow, we miss our childhood. He hopes that fans can look back and remember their innocent selves from the past. "I hope that you can listen to the song and be taken back to the memories you treasure," he concluded.

Stream the song, below.

"Christmas without you would just not be Christmas at all / Bright mistletoes up above us, it’s just you and me," V sings.

“Since my mixtape has been delayed, I felt apologetic to ARMY, so I hurriedly created this song," he wrote in a blog post.  "I think that many people must feel like time stopped this year, and I also think that there must be many people who feel more anxious and depressed the closer they get to the end of the year. I hope that for today at least, white flowers will fall in your heart and all of you will feel at least a little warmth and happiness.”

Listen to the song, below.