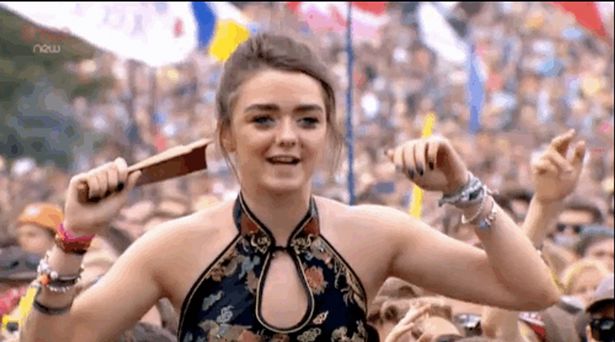 Glastonbury 2020 had just announced the lineup for its 50th anniversary year in 2020 last week, expecting headliners like Taylor Swift, Paul McCartney, Diana Ross, and Kendrick Lamar. Alas, even the largest music festival in the world has been cancelled as a result of the coronavirus pandemic.

The festival confirmed via Twitter this morning that the event was to be cancelled until 2021 with no mention of a reschedule for this calendar year. Originally set to take place June 24-28, organizers were “following the new government measures announced this week – and in times of such unprecedented uncertainty – this is now our only viable option.”

That the lineup was announced just last week showed how much organizers hoped the situation in the UK would improve by the end of June, but to also have thousands of crew on the farm setting up and building over the next three months was highly unadvisable.

“We were so looking forward to welcoming you all for our 50th anniversary with a lineup full of fantastic artists and performers that we were incredibly proud to have booked. Again, we’re so sorry that this decision has been made. It was not through choice,” they said.

As for refunds, ticket-holders will have the chance to roll their £50 deposit over to next year, and guarantee the opportunity to buy a ticket for Glastonbury 2021, while those who want a refund can apply for one. Further information on coach packages, official accommodation bookings and other tickets will be added to the festival’s website in the next few days.

We are so sorry to announce this, but we are going to have to cancel Glastonbury 2020. Tickets for this year will roll over to next year. Full statement below and on our website. Michael & Emily pic.twitter.com/ox8kcQ0HoB