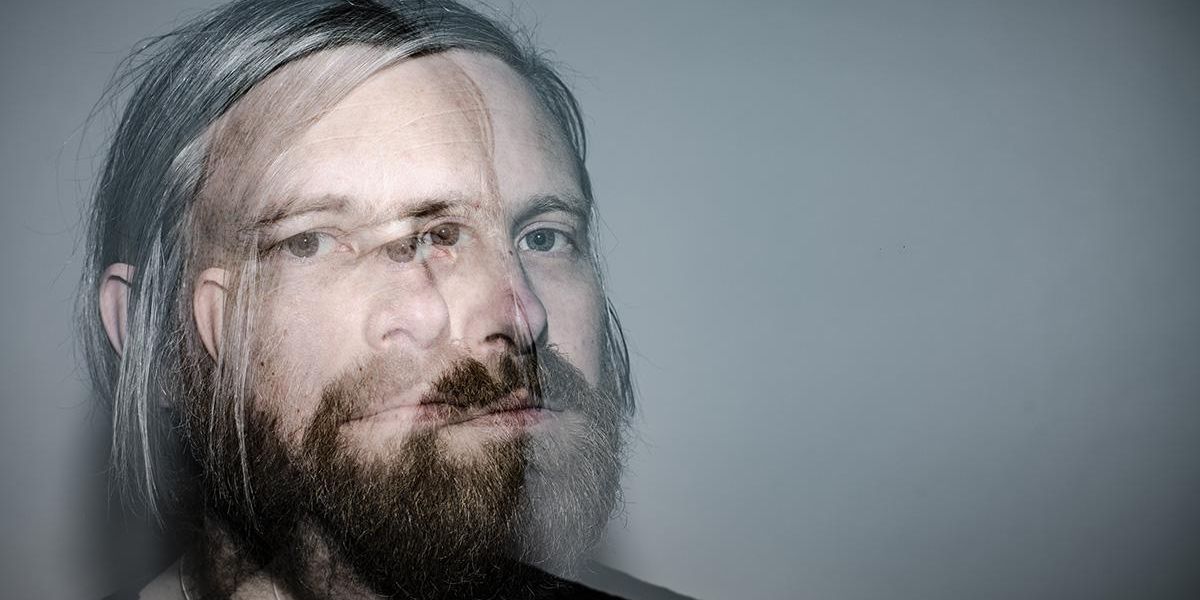 “I did really feel like — is this a step too far?” laughs Benjamin John Power near the end of our Zoom call. Nestled among keyboards and synths in his home outside Edinburgh, the Blanck Mass composer feels as anyone might when they’re about to drop an album like In Ferneaux. The LP consists of two long-form tracks (“Phase I” and “Phase II”) developed from a cache of autobiographical field recordings.

A step too far will be each listener’s call. Yet In Ferneaux is undoubtedly a step into new sonic spaces, new narrative structures, and longer runtimes. Tracks are nearly double anything he has done before as Blanck Mass, or as a member of Fuck Buttons, for that matter.

Fans of Power’s work will be on familiar terrain as “Phase I” begins. On “Starstuff”, an excerpt from the beginning of the track, a matrix of dazzling sequencers, warped vocal samples, and hard-hitting melodic techno builds to an exhilarating summit. But then the club euphoria evaporates, leaving weatherbeaten field recordings and modular drones to haunt the vacant space. Where are we exactly, and how does this square with what we’ve come to expect of Power?

“It’s a bit of a diversion, or a tangent, from the usual kind of output,” Power says about his fifth full-length Blanck Mass release. “I’m just pleased that people are paying attention to something that’s so heady and personal, even self-indulgent.”

“The core components of this record are a decade or longer worth of field recordings,” Power explains. “I’ve collected these things for a long time. I really wanted to do something with them, but there’s another element that came into play whilst I was messing around with them. It felt like a good time to share something that is very much from my world and give it some narrative within a space made from isolation. I’ve wanted to do it for a long time, but now seemed particularly resonant.”

Working through over a decade of sonic memories is a recipe for introspection. Grief accompanied the process. Power, who’d suffered the loss of his father, also lost his grandfather to COVID. He explains that grieving is different now, as all things are during the pandemic. “Some things happened to me over the past couple of years. I’ve been struggling with grief a lot,” says Power. “When you are surrounded with places and people, it feels like the grieving process is somewhat diluted. But when you’re on your own, it’s really amplified. I felt that this was not only cathartic but important for me to do. You can almost read the movements of the album as stages of grief.”

“Phase II” begins with a lengthy conversational excerpt. Importantly, it’s the only unprocessed human voice on the record. The field recording is from a meeting between Power and a stranger who spoke at length on misery and blessings, a prophetic figure who said the right thing at the right time.

“That was a turning point for the creation of In Ferneaux, but also a turning point for me,” Power says. “This person tells me, ‘You don’t know how to handle the misery on the way to the blessing’, and obviously, the misery is the grief process I’m going through. But the blessing, ultimately, is the opportunity to use these found field recordings to make something to help myself through the process and have something to share with everybody at the same time.”

“This person I met in San Francisco. We spent the evening together, and we spoke very deeply about certain things. The whole conversation isn’t there. It went on for a very long time,” Power continues. “This person has faith, as you can hear in the recording. I don’t personally, but they really helped me during the process to find my feet and find what I was going to do next.”

It’s a compelling moment; it’s the heart of the album. Taking the name In Ferneaux at face value, the stranger would be the Virgil to Power’s Dante. A guide who isn’t there to pass over the misery but to intentionally move someone through it.

It’s worth noting that Power’s transformative encounter happened before the pandemic. How do we deal with hardships now? It’s obvious but still important to note that In Ferneaux will be released without a supporting tour. Countless chance encounters are therefore ruled out. Could the postponement of live shows have influenced the album’s ultimate form?

“With the other Blanck Mass records that I’ve put out of late, especially when you’re making techno, you are looking to the future,” Power explains. “Especially as far as dance music is concerned, and has been concerned historically, it is looking towards a space in the future. A very physical space. The dance floor, for example. This album is more in nostalgia and the current present for myself, as opposed to what’s going on in a club somewhere in a month to a year. It has a different concept of time.”

In 2017, Blanck Mass released an album called World Eater. This time around, he’s turned world builder. The new material forms a massive, immersive experience. It’s a journey through personal loss made universally relevant: a hard look at the simultaneous pain and blessing of human interdependence.