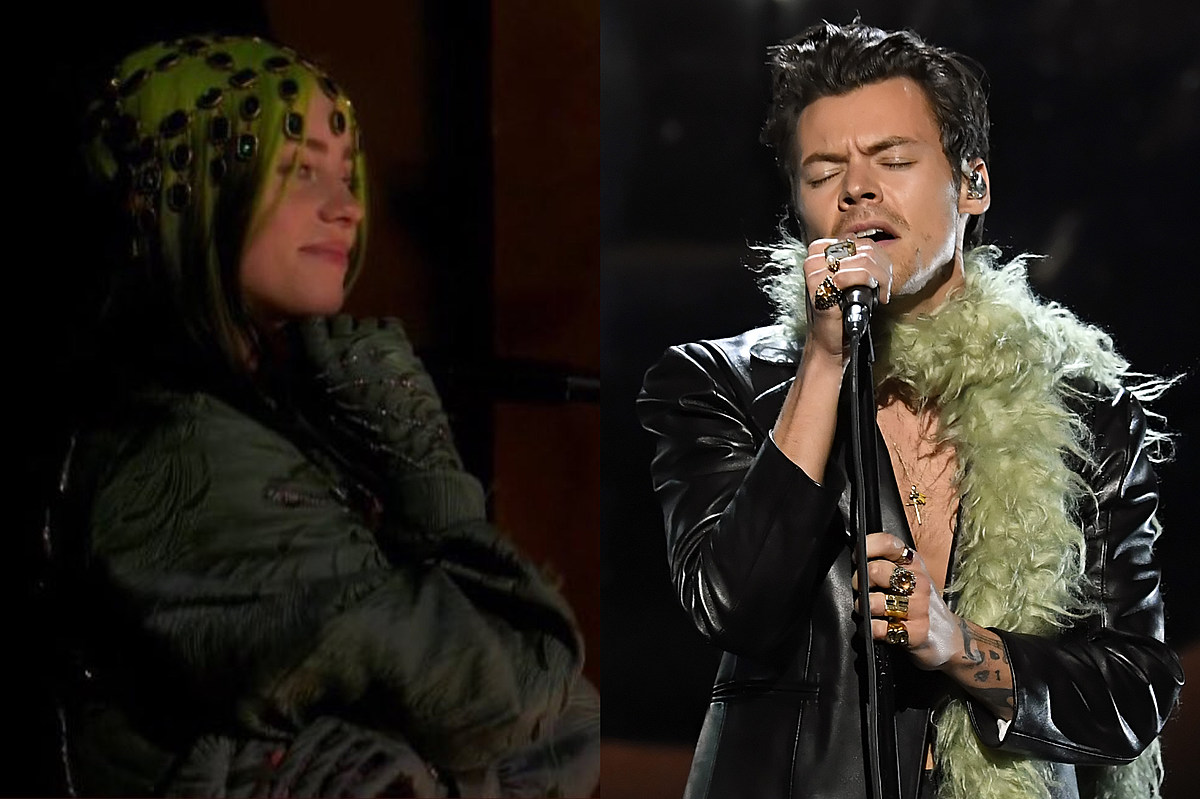 On Sunday (March 14), the Fine Line singer kicked off the 2021 Grammy Awards with his hit single “Watermelon Sugar” and received some side stage support from the 19-year-old songstress.

See the precious moment captured, below.

The onstage love fest was mutual, though, as the former One Direction member cheered her on, whistling as she took the stage for a performance of the Grammy nominated track “Everything I Wanted.”

This year, Eilish is nominated for Song of the Year, Best Pop Solo Performance, Song Written for Visual Media, and Record of the Year. The “Bad Guy” singer went home with five awards, including Album of the Year, in 2020.

Harry Styles at the 2021 Grammys

See some reactions to Eilish and Styles’ sweet GRAMMYS performance interaction, below.