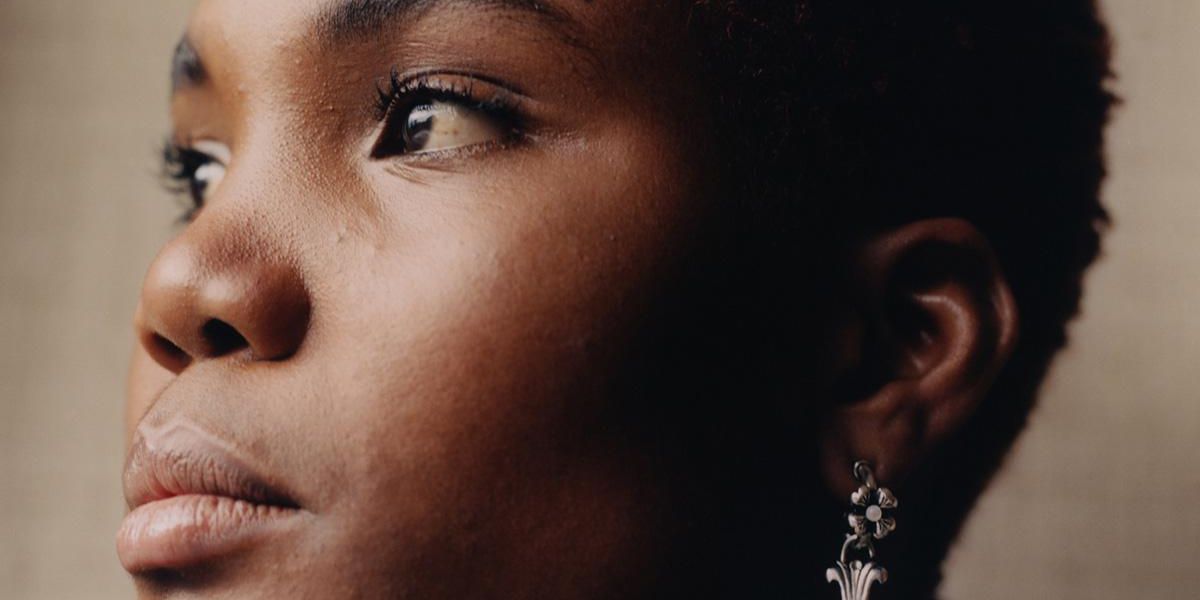 Arlo Parks, neé Anaïs Oluywatoyin Estelle Marinho, has just released her debut album, Collapsed in Sunbeams. It’s an emotionally wrenching journey through relationship drama set to low-key pop songs with hints of hip-hop and R&B scattered throughout. The music is very solid, but at this point, it mostly serves to support her lyrics. Fortunately, Parks’ narratives are fascinating, grabbing the listener’s attention and holding it throughout the album’s length.

The record opens with the title track, a spoken word poem accompanied by soft acoustic guitar and synth washes. At 55 seconds long, it’s more of an introduction than a proper song, but it sets the mood nicely. From here, Parks goes to a funky kick drum-and-snare beat and a throbbing bassline for “Hurt”. The song tells us about Charlie, depressed and moping and generally doing very poorly. The refrain comes from Parks’ perspective as a supportive friend. “I know you can’t let go / Of anything at the moment / Just know it won’t hurt so / Won’t hurt so much forever.” Snatches of guitar and saxophone flit in and out, but the rhythm section gives the song its groove and Parks keeps that groove going throughout the track.

The overall impression that Collapsed in Sunbeams gives is that it’s a quiet and slow album. But a lot of that impression comes from the personal nature of the lyrics and the fact that Parks rarely raises her voice. There are songs here beyond “Hurt” that also lean into uptempo funky pop. “Green Eyes” has a steady, hi-hat heavy beat and a throbbing, active bassline. Parks sings about a same-sex relationship she had that only lasted for two months, but instead of being bitter about it, she digs into why her significant other couldn’t handle it. The reasons include disapproving looks when they held hands in public and particularly disapproving parents who were never supportive. “Some of these folks wanna make you cry / But you gotta trust what you feel inside / And shine.”

“Eugene” is equal parts funky and searing. Another hip-hop-inspired drumbeat drives the song, along with a simple melodic guitar-and-bass riff that circles with the beat. Here, Parks works through her jealous emotions as her best friend dates a boy, and she slides back and forth between platonic and romantic feelings for her friend. The main riff is supported by flamenco-style acoustic guitar flourishes, weighting the song more towards melodic even as the rhythm remains strong. “You know I like you like that / I hate that son of a bitch.” But the chorus serves as an apology: “Hey / I know I’ve been a little bit off, and that’s my mistake / I kind of fell half in love, and you’re to blame / I guess I just forgot that we’ve been mates since day / And I don’t know what to say.”

It’s not all deep personal stories, though. Sometimes Parks sings about other people’s emotional trauma, too. “Caroline” is a midtempo pop song that tells a tale about Parks witnessing an argument between a couple at the bus stop. “Hope” opens with warm electronic piano chords and the line, “Mary tried to talk the pleasure back into being alive.” From that cheery start, Parks winds around to another positive refrain, “You’re not alone / Like you think you are / We all have scars / I know it’s hard / You’re not alone / You’re not alone.” The electronic piano, reverbed electric guitar, and high energy drumming keep the song moving at an entertaining clip even as the verses work through Mary’s pain.

When Parks slows things down a bit, the emotional core of her lyrics comes out even more. “Black Dog” is another song about trying to help a person who’s hurting. Softly strummed acoustic guitar and an ascending arpeggio give the song its hooks. “Let’s go to the corner store / And buy some fruit / I would do anything to get you out of your room.” Then the post-chorus: “It’s so cruel / What your mind can do for no reason.” Then there’s “For Violet”, which crawls along on a slow hip-hop beat and a bed of buzzing synths straight out of a Portishead song. “Wait / You know when college starts again you’ll manage / Wait / You know that I’ll be there to kiss the damage.”