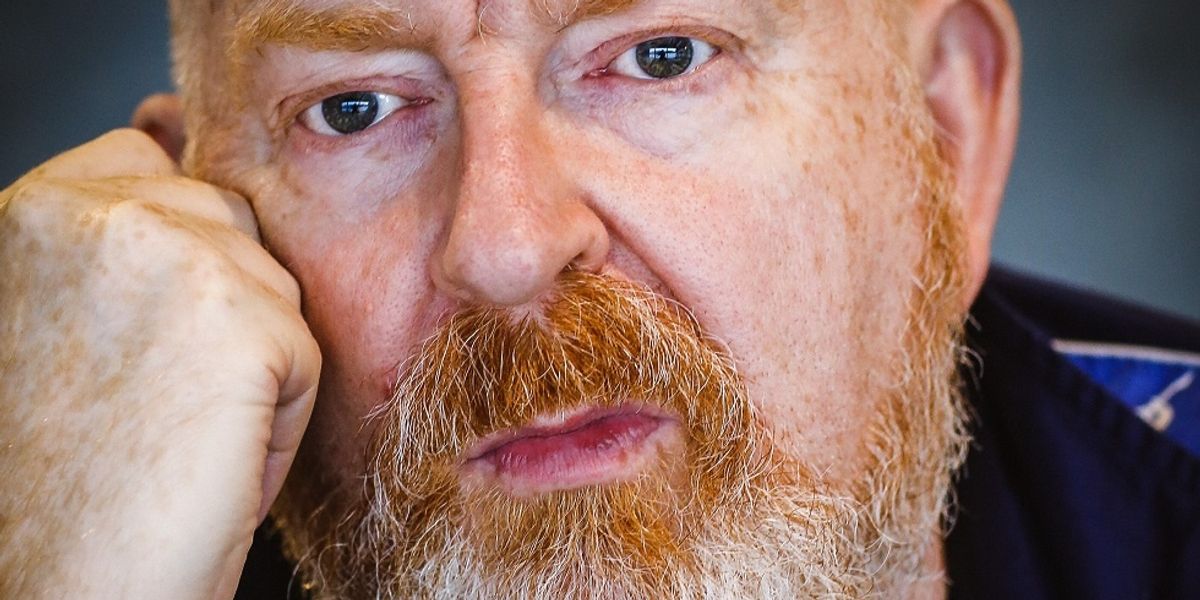 In the mid-’90s, Alan McGee was on a roll. As the boss of Creation Records, he was the Lord of the Britpop Empire, having signed Oasis to the label he started on a shoestring in 1983. He’d began with years of cult success with bands who were long on music press plaudits but short on financial returns. But then, things changed.

In a last-ditch attempt to rescue the label, he hitched up with Sony, and almost by chance, he signed Oasis, who would release the biggest selling record of the ’90s in the UK. NME awarded him their “Godlike Genius” award. The Prime Minister, Tony Blair, invited him over to his house for tea. Surprisingly, it’s taken until 2020 for someone to make a movie of the whole, decadent scene, but finally, Creation Stories, based on McGee’s own recollections, was completed earlier in the month.

When the Creation Records bubble burst in 1999, the hangover years hit hard, and a weary McGee stepped away from the harsh flashlights of the paparazzi for low-key music projects and band management. He never lost his love for music, especially the snot-nosed vehemence of punk rock, and in 2020 he dusted off the Creation name, gave it a digital makeover, and presented the world with Creation 23. This time, his new venture is a modest, one-man operation, signing young bands to a label that releases only singles. PopMatters caught up with him in London this past August and asked him if this is any way for a guy pushing 60 to behave.

Talk us through Creation 23 …

It’s Alan McGee with an iPhone running a record company and its kinda working. We haven’t had any success yet; I say “yet” because it will eventually come. It’s a novel way to run a label. Maybe it’ll work out and people will say, “That’s an incredible way to do business: one guy walking around London with his fucking iPhone, saying yes and no!” With Creation 23, it’s a work in progress and it probably always will be. Eventually, something will break and it’ll break big, but at the moment, I’m just putting records out.

For Creation 23, you’ve ditched the entourage and you’re running the whole thing yourself.

It’s one man and a telephone! Seriously. I’ve managed some good bands so I know how to direct the traffic if you know what I’m saying. I’ve hired a PR person, a streaming person, and a radio plugger, and I control them. I make the records for the bands and they get the old-style Creation deal: a 50/50 profit split. I don’t ask bands to sign a contract, I just tell them to not fuck me off! Don’t behave badly.

Yeah, I found the Clockworks on Instagram. They said, “McGee, we’re a punk rock version of The Streets,” and I thought, “That sounds interesting — send me your music.” I went to see them at a rehearsal studio and it was phenomenal, so I got involved with them. They’re an absolutely amazing band. We’ve just put out “Can I Speak to a Manager?” which is a brilliant tune. We’ve just got to keep going and eventually people will catch up, you know. Things blow up, eventually.

What’s the secret of getting signed by Alan McGee?

Is Creation 23 about attitude over ability?

It takes a bit of both, to be honest. These days, you’ve got to have a song. Your tunes have got to be good. If you don’t have a good tune, you’re going to struggle.

You’ve described this label as “your hobby”, but it sounds pretty full on to me.

It’s not that much work, man! To be honest, try running a business with a £40 million a year turnover like I was in the ’90s — that’s big business. This is just hiring a plugger and getting the bands to record and then getting it on a streaming service. It’s not complex; it’s just good fun. I’ve been doing it since I was 16 and it’s all I’ve ever done: I just do my music, put records out, and manage bands.

I’m just putting out new bands at the moment, as that’s sort of where my head’s at. Maybe in years to come, I’ll start doing more established acts but I kinda like giving young bands a chance.

When I was getting into punk at 17 in 1976, there were hardly any punks in Glasgow, just me; Bobby Gillespie (Primal Scream), Jim Kerr, and Charlie Burchill (Simple Minds), and a few others. We got into it because of the Sex Pistols and “Anarchy in the UK”, but a year later, punk was in the charts. Then it became fashionable music. When we got into it, in the beginning, it was a joke. Punk was a joke to 99.9 % of Glasgow, but it wasn’t a joke to me.

You started your career in music, performing in local bands.

I wouldn’t say I was a performer. I was just a wee bass player in a band who put some records out. I learned about how to run a record company by putting my own records out. I learned the process of mastering records and getting sleeves done and the whole shebang. That was the start of the journey. The first ten-to-eleven Creation singles all failed — I say failed as they all lost money, but they were all good singles and they all got a little bit of attention. Then I put out the first Jesus and Mary Chain single and, in a month, I sold 50,000 singles. I had to be their manager, because no other fucker was interested in doing that job, even though they’d just sold 50,000 records!

It couldn’t have been too traumatic an experience for you as you’re still managing bands now.

Yeah, Happy Mondays, Cast, Black Grape, Glasvegas … I’m quite shy, so if people want me to manage them, they’ve got to tell me. Then I probably will.

Did Creation have a role model?

Everybody thinks I was inspired by Postcard, but it was never them — I thought some of the Postcard stuff was fucking great; Orange Juice, Josef K — but I was never that into it. The label that I loved was Whaam! Records. That label was amazing to me. I really loved the Television Personalities, who were on Whaam! and were merging psychedelia with punk. That was a real influence on me, and Creation got a bit more psychedelic. The Jesus and Mary Chain single, “Upside Down”, is just a psychedelic noise if there’s such a thing.

Creation Stories, which focuses on the glory years of the mid-’90s, has just finished production. Did you have much to do with that?

I let them get on with it, but I wrote the book that the whole thing is based on. Irvine Welsh took that and turned it into a screenplay. The basis of it was all there. It’s about me, but I didn’t have much to do with the film. It is what it is.

Was it weird seeing [actor] Ewen Bremner as you?

It was initially. Truth is, he plays a version of me that I haven’t been for fucking years, man! Maybe at the height of my drug addiction, I was that guy that he plays. You have to just let it go for artistic license. The film takes the piss out of everybody, including me, but it’s very funny.

Please tell me that Teenage Fanclub are in it..?

That’s a good point — their music’s in the film, but I don’t think anyone plays them. All the obvious people are in it — Oasis, Primal Scream. The Mary Chain. Kevin Rowland is not in it! He got in touch and said, “I don’t wanna be in it!”, and I said, “You’re not fucking in it!”