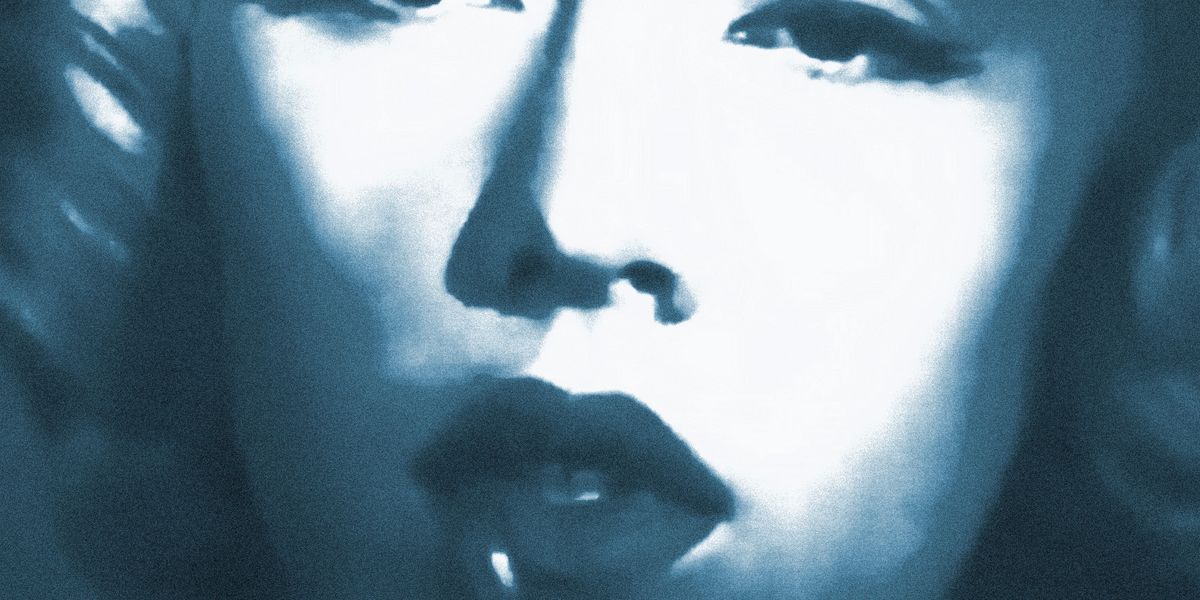 In cooperation with local and federal authorities, PopMatters has tirelessly worked to expose the sensational scandals documented in the Blu-ray series Forbidden Fruit: The Golden Age of the Exploitation Picture, as released by Kino Lorber in cahoots with Something Weird Video. You have thrilled to shocking and bold productions in earlier volumes, “Sex! Drugs! Volleyball! Dark Secrets of American Morality EXPOSED in Exploitation Films” and “Huxters and Do-Gooders and the ‘Forbidden Fruit’ Film Series” (PopMatters, 3 March and 12 June, 2020) presented as our public service of informing today’s flaming youth of the dangers lurking in your very homes and neighborhoods.

Now comes Volume 6, containing two vital exposés of drug abuse for a breathless public: She Shoulda Said “NO”! and The Devil’s Sleep. Both date from 1949 and belong to a second wave of drug pictures from those 1930s items presented in Volume 4.

She Shoulda Said “NO”! is inspired by a real scandal and stars one of the persons involved in that incident. In September 1948, Robert Mitchum was busted for marijuana possession at the home of starlet-girlfriend Lila Leeds. They both received six-month jail sentences. Mitchum, already a major star with a “bad boy” reputation, quickly went back to work, the scandal only cementing his persona as a tough guy, a jailbird, a rebel.

The Blu-ray’s informative and sympathetic commentary by scholar Alexandra Heller-Nicholas relates pertinent anecdotes about Mitchum. She reports that studio execs were “gobsmacked” when Mitchum’s image in the trailer for Rachel and the Stranger (1948, Norman Foster) was greeted by cheers from the audience after his arrest, causing them to move up the release. She also states that RKO boss Howard Hughes visited Mitchum in jail (bringing him vitamins!) and assured him he’d still be able to work. She speculates that Hughes fixated on Mitchum as an ideal masculine type in contrast to himself, though I have my own theories on that.

Now for contrast. Leeds, a virtual unknown who’d had only small roles in a few films, was offered a starring role in this exploitation epic, originally released as Wild Weed. Her non-career went nowhere and, to the extent that she’s been known for anything, it’s as Mitchum’s partner in scandal. When roadshow distributor Kroger Babb bought the movie, he retitled it and eventually marketed it successfully by emphasizing Leeds, as the picture should have done all along, and posing the tagline “How bad can a good girl get?” In other words, title and PR reframe the anti-drug story in terms of women’s behavior during this period of postwar femme fatales.

Leeds moved on to heroin addiction with her new jazz-musician husband and had a number of travails, some of which she discussed in a Collier’s Magazine article and then Congressional testimony. Heller-Nicholas quotes extensively from that testimony and meditates on the unfairness of Leeds’ disposability and the difference between her life’s fallout and that shown in this movie’s happy ending.

Leeds’ performance as Anne Lester, who goes from hardworking “good girl” to hardbitten blonde, isn’t bad at all, and the whole film shows a level of competence, even flair, not exactly common for no-budget exploitation films.

The “All-Star Hollywood Cast” (as it says in the credits) also consists of industry pros with real careers. The most well-known today is wall-eyed Jack Elam as a vicious killer in flashy neckties. Although Mitchum doesn’t appear, I believe former child star David Holt is cast as Anne’s brother Bob (notice the name) because of his sleepy-eyed, long-chinned resemblance to Mitchum. Bob can’t stand that his big sister is working to support his artsy college career, and he takes it badly when he walks in on her peddling wacky cigarettes, but his over-reaction seems extreme even by the standards of these movies.

The story is a very familiar anti-drug morality tale cribbed from others of its ilk. We have a scene of the ruthless pusher (Alan Baxter) cruising the malt shop with nice middle-class “high school kids” in their 20s. We have people smoking “tea” and bursting into giddy laughter, leading promptly to tragedy. We have stoned couples necking fiercely in armchairs because weed evidently inflames the sex drive, and one woman (Mary Ellen Popel) performs an all-the-way striptease via shadowy silhouette while giggling hysterically.

We also have figures of authority in fedoras investigating everything and delivering jaded lectures, and the last act features Anne learning a belated lesson after spending six months in the pokey. Then it turns into a noir-esque crime picture in which Leeds resembles
Audrey Totter or any number of similar icons from the era.

The film ends on a self-conscious gesture as the camera dollies into a close-up on Anne, who delivers a speech to the camera. We don’t know what she says, as the dialogue is replaced by music while a lengthy message crawls up the screen. As Heller-Nicholas points out, this is an emblem of how Leeds’ voice and viewpoint get replaced by male authority, even in a film supposedly inspired by her experience. We must wonder if the
Wild Weed version ended with her audible speech and this got replaced by Babb’s tinkering, or was it always this way?

By an incredible non-coincidence,
The Devil’s Sleep uses an actual Mitchum, Robert’s brother John, who gets high billing for barely appearing. Top billing goes to Lita Grey Chaplin, known as Charles Chaplin’s second wife of some degree of scandal. Exploitation films didn’t exploit only their topics but any “name” they could cast. Both actors are overshadowed by Timothy Farrell as crime boss Umberto Scalli, a recurring figure in three of producer George Weiss’ exploitation films. Farrell is best known for working with Ed Wood, as in Glen or Glenda (1953).

If we take
The Devil’s Sleep as an average production, as it’s fair to do, it illuminates why She Shoulda Said “NO”! is above average. Whereas that film was shot in six days, The Devil’s Sleep feels like it took six hours to make, and you feel them all in its 76 plodding minutes.

As directed and edited by W. Merle Connell and shot by William C. Thompson (another Wood associate), The Devil’s Sleep consists of unimaginative set-ups, usually devoid of closeups, in which people yak. Most performers are amateurish, and the impression we receive from their stepping stiffly on each others’ lines is of single takes with little or no rehearsal.

The story is partly a police procedural (appropriately “flatfooted”) and partly an exposé of yet another sleazeball who encourages innocent 20-year-old “teenagers” to party at his swanky pad. That sounds like any number of similar films, like Dwain Esper’s Narcotic (1933) in Volume 4 of this series. Alas, the illicit shenanigans boast nothing more sensational than pushing people into a pool. In comparison with the epics of Esper or Wood, the results are both tame and lame.

No unwise teen suffers a tragic death and not a single person laughs hysterically. In fact, drugs aren’t shown in use, although there’s talk of “bennies” and another hot topic of the day as America began to fear its postwar youth, “juvenile delinquency”. The closest The Devil’s Sleep comes to skin is a scene of women at Scalli’s gym, including one who steps gratuitously into a steam bath. However, there’s a plum role for the year’s Mr. America, George Eiferman. His role is mirrored by Scalli’s “nephew” (Stan Freed), who shows off muscles on his muscles and might have been recruited from the same contest.

The Devil’s Sleep is more of sociological than dramatic interest and should be thought of as a bonus to accompany the livelier She Shoulda Said “NO”! Both films demonstrate that indie producers weren’t through exploiting the hot topic of drug abuse, which would become legitimate when Otto Preminger bucked the Production Code with the heroine-addiction drama The Man with the Golden Arm (1955). In the following decade, LSD became a major theme of exploitation and drive-in pictures.

All these films can be compared fruitfully, and we can throw in such highbrow items as Darren Aronofsky’s Requiem for a Dream (2000), essentially a very arty Reefer Madness morality tale. Don’t laugh. Modest items like Narcotic and She Shoulda Said “NO”! offer valid blueprints for what eventually became mainstream cinema.