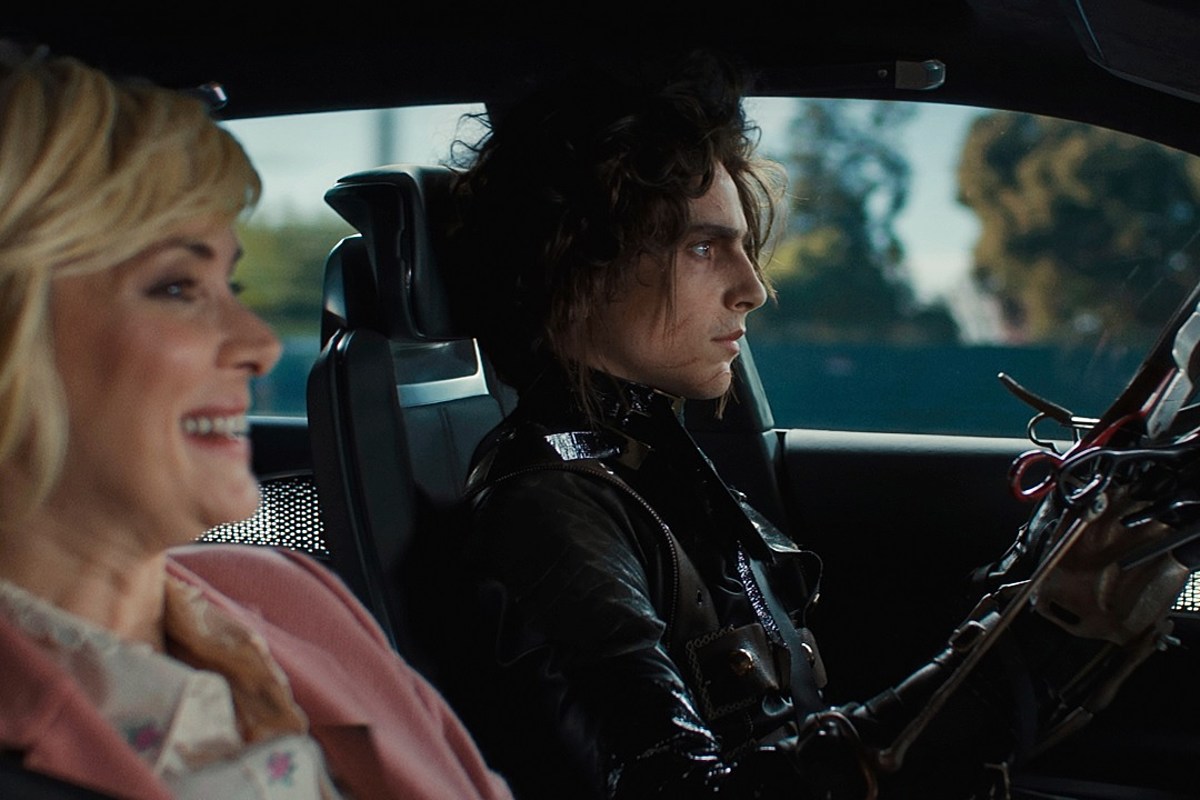 Winona Ryder and Timothée Chalamet starred in the Cadillac Edward Scissorhands Super Bowl commercial, but where was Johnny Depp?

On Sunday (February 7), Cadillac premiered their commercial. Chalamet portrayed Edgar Scissorhands, the son of Edward Scissorhands, who was originally portrayed by Depp in the 1990 film. Ryder reprised her role as Kim, the girlfriend of Edward and Edgar's mother.

Chalamet is seen with Depp's iconic shears for hands while driving the new Cadillac LYRIQ, which features hands-free driving assistance.

The reactions to the commercial were mixed, as some fans were happy to see a nod to a classic film, while others were upset that Depp did not reprise his iconic role. One of the possible reasons that Depp was not in the commercial was because of his current legal battle with his ex-wife Amber Heard, who claims that he abused her.

In November, Depp lost his libel case against a British media outlet after they called him a "wife-beater" in a 2008 article. Days later, Warner Brothers asked him to exit the upcoming Fantastic Beasts film where he would have reprised his leading role of Grindelwald.

Watch the spot below.

"Edward Scissorhands was a movie I adored growing up and the opportunity to step into that world was a dream come true," Chalamet told Vogue about the commercial. "This was a wonderful opportunity to hopefully make the original material relatable to a modern audience without sacrificing the originality of the 1990 version. Instead, we wanted to create a character that didn’t make you blink in terms of a present-day setting, but was a total homage to the character Johnny Depp created."

Although Depp is not featured, it seemingly got the movie's creator Tim Burton's seal of approval. “It’s rare when a work you’re proud of continues to live on and evolve with the times, even after 30 years,” Burton said in a statement. “I’m glad to see Edgar coping with the new world! I hope both fans and those being introduced to Edward Scissorhands for the first time enjoy it.”

See all of the fan reactions to the commercial, below.