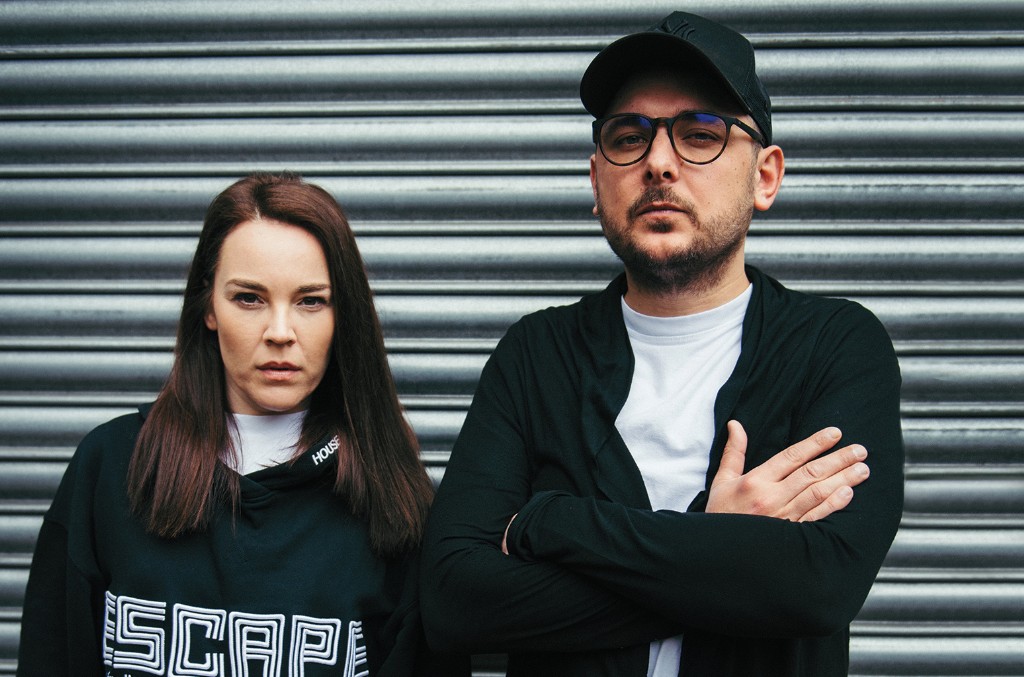 Less than a decade ago, a self-described “frustrated punk rocker,” Chris “Bronski” Jablonski, and a sidelined professional dancer, Amber Rimell, crossed paths for a second time while working on Rita Ora’s then-upcoming tour. Bronski — whose band never took off, but who had become an expert in audio, lighting and onstage visuals — and Rimell — whose knee injury halted her dance career but drove her to become a choreographer — decided to pitch their own creative direction.

They say Ora was adamant that they execute it, and in November 2012 they formed their own creative studio: Tawbox. Additional work with Ora sustained momentum, but it wasn’t until Stormzy enlisted Tawbox for a 2017 tour that the two-person team became a go-to company for performers in the United Kingdom. “Stormzy’s 2019 Glastonbury [headline] performance was a huge turning point, with people reaching out and wanting to work with us,” says Rimell. Now, fresh off directing three of nine performances at the BRIT Awards in February, Tawbox is eager to grow its presence outside the United Kingdom.

Tawbox recently planned the London-born MC’s biggest tour yet: a worldwide trek — including three dates at London’s O2 Arena — that kicked off in February and is in support of his 2019 album, Heavy Is the Head (the tour is currently postponed due to the coronavirus). His 2019 Glastonbury gig provided a road map: Bronski and Rimell left open space in Stormzy’s set for sociopolitical statements, which included a sampled speech from British Labour Party politician David Lammy decrying racism in criminal justice, and a performance from the London dance company Ballet Black. “It’s a celebration of how far black British music has come,” says Bronski. “We always go far and beyond to prove he is the biggest performer of our generation in the U.K.”

When the American girl group decided to make its long-awaited comeback with a primetime performance on U.K. TV show The X Factor: Celebrity in November 2019, Tawbox took the job on a week’s notice. “Some of [the members] hadn’t seen each other for 10 years, so it was incredible to see how hard they rehearsed,” says Bronski. Rimell adds, “One of the most challenging things was my idea to have the girls dive off the side of the platform.” (They practiced with a cherry picker and crash mats.) Tawbox is hoping to translate the TV showcase’s hard-hitting choreo into the Dolls’ first tour in a decade: a run of nine U.K./Ireland concerts still scheduled for April, though likely to be postponed.

Though Tawbox had never worked with a rock band before, Weezer (fronted by Rivers Cuomo) enlisted the duo to serve as creative directors for its biggest-venue tour to date: 2020’s Hella Mega Tour. The highly anticipated trek has Weezer promoting its hair metal-inspired album, Van Weezer, alongside co-headliners Green Day and Fall Out Boy at stadium gigs across multiple continents. Bronski — who lists Weezer’s Green Album and Red Album among his desert island picks — felt especially passionate about the project. “I’ve seen Weezer many times over the years,” he says. “With this, they’re definitely stepping outside their comfort zone.”

This article originally appeared in the March 14, 2020 issue of Billboard.