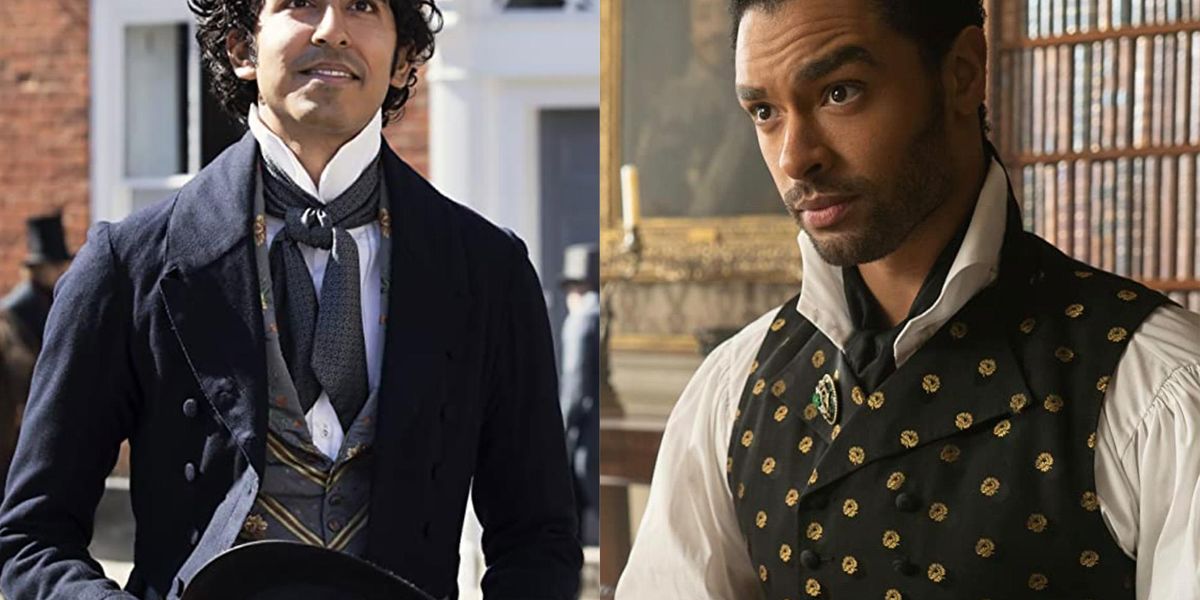 As a still wet-behind-the-ears English professor on a spring day in 2000, I stood completely flummoxed in front of my 19th century, British literature class. A student remarked that we only talked about representations of people of color in relation to texts set in the colonies. “Weren’t there black people in England?,” she earnestly asked.

After a desperately quick internal review of the texts that defined my undergraduate and graduate training in British literature and culture, I had to admit, “I don’t know.” According to my education, the answer to that brilliant student’s question was an unfounded yet resounding “no”. The few exceptions I encountered along the way seemed to prove the rule, the enduring mythos that currently fuels Brexiteer fantasies: that England was homogeneously white until the mid-20th century.

That myth has been thoroughly debunked by the research of Peter Freyer, Gretchen Gerzina, Paul Gilroy, David Olusoga, and numerous other scholars. But facts have done little to dislodge the “white England” historical narrative from its position of cultural authority. Gerzina opens her book, Black London, with an account of her search in a London bookshop for Freyer’s Staying Power: The History of Black People in Britain: “Madam,” the saleswoman admonishes her, “there were no black people in England before 1945.”

Image by Ilya Deryabin from Pixabay

In fact, the presence of black people in England “has been continuous since the beginning of the sixteenth century or earlier” (Freyer), and by the end of the 18th century, there was “a thriving black community” and an estimated 15,000 black people living in London (Gerzina).

Where such facts too often fail to convince, fictions can collectively shift cultural narratives; we need stories to counter stories. Through their racially-diverse casting, several recent 19th -century period films and television series thumb their noses at the all-white historical narrative reproduced by a long line of British costume dramas before them.

In Iannucci’s David Copperfield, Dev Patel heads a cast that includes several other non-white actors in key roles. The humor and depth of the performances by Patel (David Copperfield), Rosalind Eleazar (Agnes Wickfield), Benedict Wong (Mr. Wickfield), and the rest of the cast help to recreate the balance of character study and tragicomic plot in Dickens’ novel more faithfully than does any other adaptation I have seen.

That David Copperfield is embodied by Patel, a British actor of Gujarati Indian heritage, has both historical and contemporary significance. Copperfield is the character most closely associated with his creator, who is one of the most recognized authors in the English canon. Dickens described the novel as his “best” and his “favourite child”, and far more recently, David Copperfield appeared at number 15 on The Guardian‘s infamously white-male-dominated list of “The 100 Best Novels”.

Through the 19th century and well into the 20th, Dickens’ novels and the rest of the English literary canon played a direct role in consolidating both white English national identity at home and British imperial power abroad. The first courses in English literature were taught in 19th-century colonial India with the express goal of making the native population identify with British culture and against their own.

One of the impacts of this imperial weaponizing of literature, of what Kenyan writer Ngũgĩ Wa Thiong’o calls “the culture bomb”, is to leave colonial and postcolonial subjects of color without affirming reflections of themselves or their history. To this day, the history of people of color in England is often erased from dominant cultural narratives.

Popular English representations of even the mid-20th century tend to cut people of color out of the historical frame. For example, Director Christopher Nolan’s award-winning and all-white World War II drama, Dunkirk, erases the critical roles played by the Royal Indian Army Services Corp companies and numerous other British and French colonial troops deployed at Dunkirk, and by the South Asian and East African crewmen on the merchant vessels used in the evacuation.

Nolan’s 2017 whitewashing of this nation-defining event is, as Sunny Singh argues, a “thinly veiled Brexiteer fantasy” that reflects and reproduces white nationalist desire in the present. Singh asserts that because such stories “consistently – and in a big-budget, well-researched production like Dunkirk, one must assume, purposely – erase the presence of those who are still considered ‘other’ and less-than-equal, these narratives also decide who is seen as ‘us’ as opposed to ‘them’.”

Given the cultural authority granted to “historical” texts like Dunkirk, and given the troubling role that 19th-century canonical literature and popular narratives set in 19th-century Britain have played in the subjugation and marginalization of people of color, adaptations of a Dickens novel and of a Regency romance might seem counterintuitive locations to stage a cultural intervention.

But it is precisely the central role that such fictions have played in creating dominant conceptions of “Englishness” that makes actors of color playing integral parts in them so impactful. These recast period pieces imaginatively restore an erased historical presence and make the British national narrative more accessible and inclusive in the present.

In a 2019 interview, Patel summed up the impact of Iannucci’s David Copperfield: “what Armando has done with the casting and the world, he has given it a buoyancy and an accessibility to kids like myself,” making it “representative of a modern Britain — the one that I grew up in.”

Shonda Rhimes’ and Chris Van Dusen’s Bridgerton, based on American romance writer Julia Quinn’s The Duke and I, is as much intervention in American mythologies of Whiteness as it is a reimagining of Regency-era Britain and contemporary British identity.

The American production and writing team that previously produced Scandal has again positioned people of color at the seat of national power by casting Black British actors in aristocratic roles, including male romantic lead Regé-Jean Page (Simon Basset, the Duke of Hastings), Adjoa Andoh (Lady Danbury), and Golda Rosheuvel (Queen Charlotte). The “Shondaland” team’s racially-diverse casting and imaginative reworking of the source material created a British costume drama adaptation of a Regency romance novel that disrupts the fantasies of Whiteness attached to both of those genres.

In his essay on Downton Abbey and other British period dramas’ enormous popularity with US audiences, Mo Moulton asserts that “British history, in American popular discourse, frequently becomes an aesthetically appealing fantasy about whiteness and stability.” As Moulton argues, “England is a green and pleasant land, but it is not, and has never been, a shire in which the difficult problems of racial inequality and histories of oppression that bedevil American political discourse simply disappear.”

Policing of the borders of that white, racial-strife-free fantasy land has bitterly divided US romance writers and readers. In a relatively minor incident compared to last year’s race-based implosion of the Romance Writers of America (RWA), an Austen Authors contributor’s post that challenges fellow writers to be racially inclusive and to recognize issues of race in Regency England was removed by administrators because it addresses “divisive topics of our modern times.” (Accordingly, the only Austen Authors posts on Andrew Davies’ currently-streaming adaptation of Jane Austen’s Sanditon make no mention of Austen’s biracial heiress, Miss Lambe, or of the Black British actress playing her, Crystal Clarke.)

Romance writers of color have worked to diversify the historical romance genre, but their efforts have often been institutionally resisted and marginalized by agents, publishers, and fellow romance writers. For example, although Alyssa Cole’s historical fiction An Extraordinary Union, an interracial romance set during the civil war, was one of 2017’s most broadly and critically acclaimed romance novels, it didn’t make the RWA’s list of finalists for the 2018 RITA award for best short historical romance.

As Lois Beckett notes, the 2018 finalists for that RITA category “were all by white women, all but one set in nineteenth-century Britain, featuring white women who fall in love with aristocrats. The heroes were, respectively, one ‘rogue’, two dukes, two lords and an earl.” The Regency romance appears to be one of the most popular and protected “shires” in the fantasy of historic England that underwrites American whiteness.

Quinn’s Bridgerton novels, which have received multiple RITA nominations and awards, are quintessential Regency romances, with plucky heroines, dashing heroes, and rollicking plots. Quinn’s characters are also all white, and they never talk about issues connected to race — such as the fact that much of the wealth that keeps the Bridgerton’s parties going was gained through imperial conquest and slave labor. (See Davies’ Sanditon and Patricia Rozema’s Mansfield Park for Austen adaptations that address that very issue.)

Of course racially-diverse recastings of Regency romances like Quinn’s and of canonical novels like Dickens’ cannot restore the erased histories of people of color or counter the accumulated cultural weight of American and British fantasies of Whiteness. As Nathalie Atkinson argues, “while inserting people of color into white classics is a good start, a truly daring re-creation would involve more literary adaptations by, and about, non-white communities — ones that recenter them in the narrative in every way.”

But we should not underestimate the significance of these popular adaptations’ disruptions of the all-white fantasy of English history that helps to fuel the current rise of white nationalism in America as well as in Britain. Nor should we diminish the importance of people of color seeing themselves and their world reflected in central cultural narratives, as Patel sees in Iannucci’s David Copperfield and as Rosheuvel (Queen Charlotte) sees in Rhimes’ and Van Dusen’s Bridgerton.

In a recent interview, Rosheuval said, “I’m biracial. I was brought up in England. My mother was crazy about period dramas, which made me crazy about them. I never thought that I’d be able to be in one. It was something that was far away. I couldn’t touch it. Now we can rewrite that story for the little girl who’s sitting at home. That cycle is stopping now.”

Atkinson, Nathalie. “Why Incorporating Diversity into Film Adaptations of Classic Literature is Not Enough”. Zoomer. 29 January 2020.

—. “A Romance Novelist Spoke Out about Racism. An Uproar Ensued”. The Guardian. 31 December 2019.

“Dev Patel Addresses use of Colour-Blind Casting in His Latest Film”. The Irish News. 2 December 2019.

The Personal History of David Copperfield. Directed by Armando Iannucci. 2019.

Singh, Sunny. “Why the Lack of Indian and African Faces in Dunkirk Matters”. The Guardian. 1 August 2017.