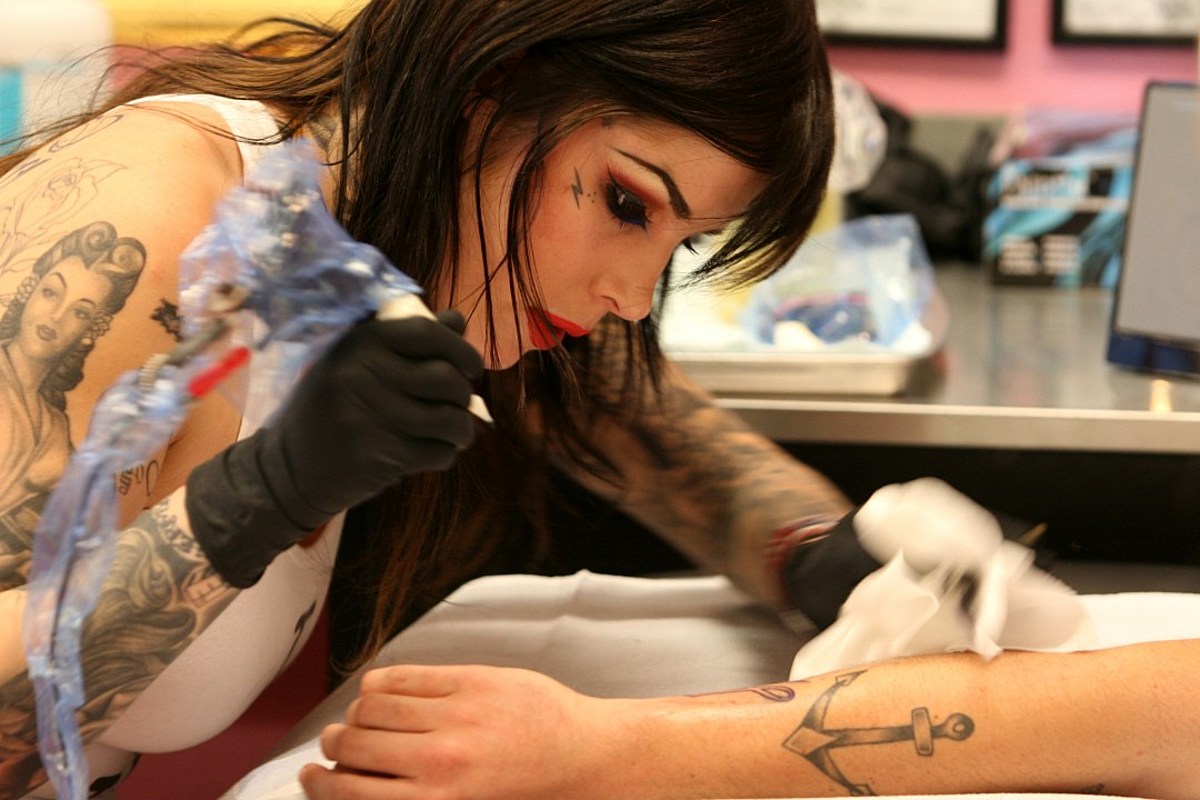 Kat Von D is closing up her tattoo shop to move to Indiana.

On Tuesday (Oct. 26), the tattoo artist turned musician revealed that she will be closing her “beloved” High Voltage Tattoo shop in Los Angeles. LA Ink fans will recall that the shop was featured on the TLC show for seven seasons beginning in 2007 when she left Miami Ink due to a cast member dispute.

“As some of you know, we recently purchased a beautiful home on a bit of land in rural Indiana, and the more time we spend out there we realize we feel more at home there than we do here in LA,” she wrote on Instagram.

The shop will be closing on Dec. 1 and the team will be celebrating the “HvT legacy” by tattooing regularly until its closure. Appointments are booking up quickly, so be sure to schedule yours if you are interested in getting a piece done before it closes for good.

She noted that she will be “permanently” moving to Indiana by the end of 2021 and selling her Los Angeles home. So will Kat Von D tattoo again? She said that she most likely will open up a private tattoo studio after she finishes the big home remodel.

Kat Von D concluded her post by thanking her followers and requesting that they follow her artists on social media to keep up with them.

Over the years, Von D has worked on celebrity clientele including Beyoncé, Lady Gaga, Demi Lovato, Dakota Fanning, John Mayer, Eminem, Rihanna and Ewan McGregor. She even tattooed Lil Wayne’s face.  Most of the work took place at her West Hollywood location.

Kat Von D married Prayers band member Leafar Seyer in February 2018 and they welcomed their first child, Leafar Von D Reyes in December of that year. Aside from her new music career, she has also gotten into architecture and home restoration over the last several years.

“I’m a huge junkie for architecture, especially Victorian,” she told Stage Right Secrets earlier this year. “The house that we have here in Los Angeles was built in 1890 and I’ve spent the last six years basically restoring it.”

25 Celebrities Who Had Tattoo Regret

Celebrities all have different ways of dealing with their regrettable tattoos — from expensive removal procedures to covering up with more ink… or even just living with their mistake(s) and dealing with the consequences.
Discover 25 tattoo regrets, cover-ups and removals, below.