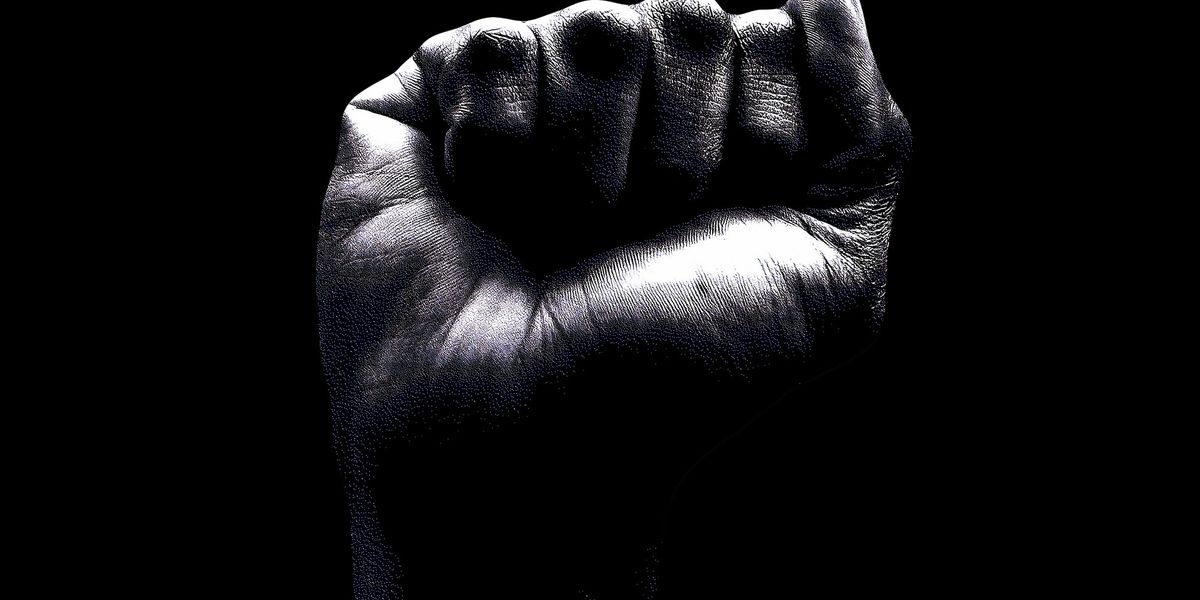 Old school hip-hop fans can be forgiven if they are walking around with a powerful sense of déjà vu these days. More than 30 years after their release, NWA’s “Fuck tha Police” and Public Enemy’s “Fight the Power” have been in heavy rotation all summer thanks in no small part to the Black Lives Matter protests.

According to
Rolling Stone, “Fuck tha Police” saw a nearly 300 percent increase in audio streaming during the week after George Floyd’s death. “Fight the Power” also surged as the summer went on. Public Enemy’s 1989 anthem was used as a soundtrack at protests and at Bernie Sanders rallies . Recognizing a potential return to relevance, Public Enemy even produced a new remix of “Fight the Power” featuring Nas, Black Thought, Rapsody, YG, and Jahi.

“Fuck tha Police” is probably the paradigmatic anti-police protest song from the golden age of hip-hop (roughly, the mid-1980s to the mid-1990s), but it is far from the only one. Take, for example, KRS-One’s “Sound of da Police”:

“Sound of da Police” came out in 1993 – nearly two decades before Michele Alexander published The New Jim Crow popularizing basically the same argument. Indeed, rappers have been attempting to sound the alarm about police brutality since the birth of hip-hop.

Speaking truth to power was central to the early success of hip-hop. As the return of “Fuck tha Police” and Fight the Power” make clear, no truths resonated more powerfully than hip-hop’s articulation of rage against the powers that be and fear of mistreatment at the hands of racist police officers.

But these are far from the only truths that golden era hip-hop communicated to listeners. Alongside a critique of American racism also sat a powerful belief in personal agency.

Even as old school rappers called out police abuses, they didn’t sugarcoat the realities of urban life, highlighting conditions of disorder (Grandmaster Flash and the Furious Five: “Broken glass everywhere/People pissin’ on the stairs, you know they just don’t care”) and the dangers posed by potential criminals (Nas: “The city never sleeps, full of villains and creeps.”)

The crack epidemic played a particularly important role in the early days of hip-hop. Acknowledging the devastation that crack had brought to the Black community, many rappers exhorted their listeners to avoid using drugs and engaging in criminal behavior. This was true even of gangster rappers like Ice T. In “You Played Yourself”, he raps:

And then you get an idea for a big move
An armed robbery…smooth
But everything went wrong, somebody got shot
You couldn’t get away, the cops roll, you’re popped
And now you’re locked, yo, lampin’ on death row
Society’s fault? No
Nobody put the crack into the pipe
Nobody made you smoke off your life
You thought that you could do dope and still stay cool? Fool.

A similar message was communicated by the Stop the Violence movement, which brought together an all-star collection of rap artists in the wake of several high-profile incidents of violence at hip-hop shows in 1988. The resulting single, “Self Destruction”, was a plea for peace from some of the biggest names in hip-hop at the time, including Heavy D:

I heard a brother shot another, it broke my heart
I don’t understand the difficulty, people
Love your brother, treat him as an equal
They call us animals — I don’t agree with them
I’ll prove them wrong, but right is what you’re proving them


“Self Destruction” was essentially a self-help record that lamented “black-on-black crime” and emphasized the importance of individual responsibility, ending with the admonition: “We got to keep ourselves in check.”

Why Don’t You Get Taught

The alternative to self destruction for many golden-era rappers was simple: education. Run-DMC’s classic “It’s Like That” from 1983 set the template:

One thing I know is that life is short
So listen up homeboy, give this a thought
The next time someone’s teaching why don’t you get taught?
It’s like that, and that’s the way it is

If you really think about it times aren’t that bad
The one that flexes with successes will make you glad
Stop playing, start praying, you won’t be sad
It’s like that, and that’s the way it is

When you feel you fail sometimes it hurts
For a meaning in life is why you search
Take the bus or the train, drive to school or the church
It’s like that, and that’s the way it is

To be sure, some rappers argued that Black Americans were not well-served by the public education system and explicitly advocated for an Afro-centric curriculum – what Brand Nubian called “knowledge of self to better our self.” But there was a broad belief in the power of education to help improve individual life outcomes. “You must learn!” commanded KRS-One, whose commitment to education was inscribed in his very name. (KRS-One is an acronym for “Knowledge Reigns Supreme Over Nearly Everybody”.)

In Black Noise: Rap Music and Black Culture in Contemporary America, one of the first scholarly books about hip-hop, professor Tricia Rose highlighted an important fault line: “There is an inherent tension between a desire to preserve personal agency and free will (e.g. fight the power, self-destruction) and a necessary acknowledgement of structural forces that constrain agency (e.g. institutional racism, white supremacy, class oppression).”

Indeed, a big part of the charm and power of old school hip-hop resides in its ability to give voice to both sides of this divide. Throughout the ’80s and ’90s, hip-hop was simultaneously able to advance a left-wing critique of the American status quo and endorse a conservative ethos of individual responsibility. Rappers articulated that the system had been unfairly rigged against Black people without giving into despair or pessimism (“nothing ever changes”). This amounted to a message of radical optimism.

As the summer of 2020 comes to a close, we are inundated with dire warnings about the death of democracy and analyses that suggest that the plight of Black Americans has not improved since the founding of America. Now more than ever, we need the radical optimism of old school hip-hop and its call for both individual responsibility and structural change.

Adams, Dart. “How Stop The Violence Movement’s ‘Self Destruction’ Became One Of The Most Important Rap Releases”. Okay Player. 2018.

LeFever, Bailey. “In St. Pete, Black men celebrate victories: ‘We are everything but a rally or a protest'”. TampaBay.com. 1 August 2020