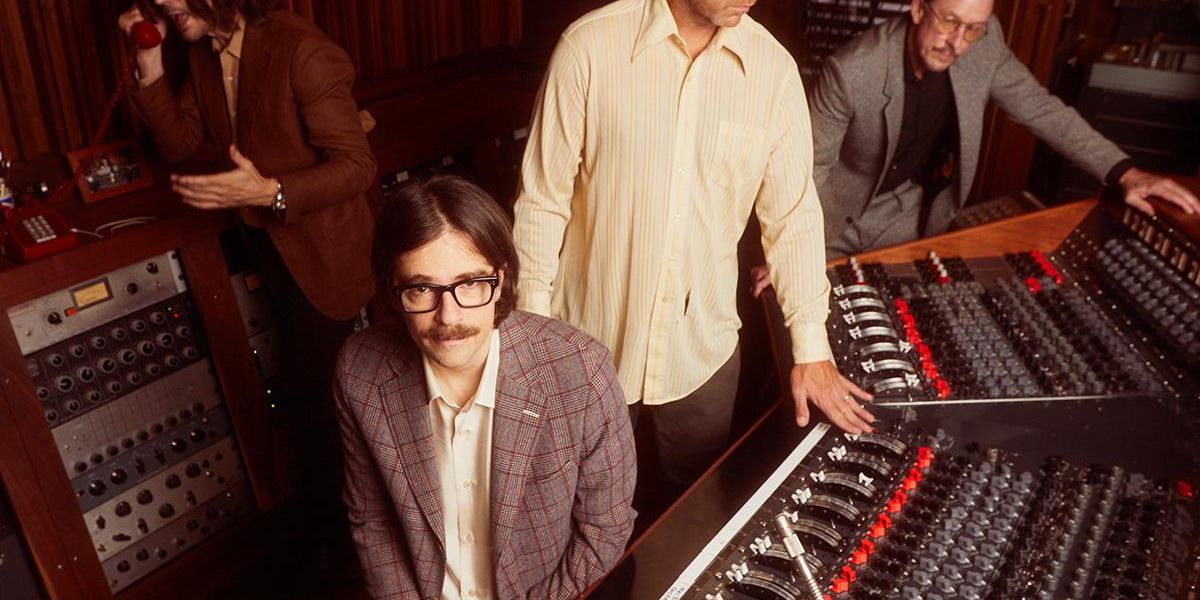 Of all the orchestra/rock band combinations you could imagine, the pairing of Weezer with a full complement of classical players would have to rank as one of the most awkward and potentially disastrous. At least it’s hard not to picture it that way on paper. But now that Weezer’s new surprise orchestral collaboration OK Human is a real thing, it’s time to check our assumptions, however well-founded they may be. There are probably a dozen reasons why the iconic, guitar-based alt-rock institution should have been ill-suited for working in this kind of setting, and there’s an inherent absurdity to the premise: Cuomo and his bandmates unplugging their amplifiers and dousing his latest batch of pop-rock ditties in strings in lieu of the guitar distortion that defines the band.

Worse, for three albums in a row now, the band have leaned heavily in a polished—even fluffy—direction. Even after stumbling into a feel-good cultural moment in 2018 with their cover of Toto’s “Africa”, Weezer cynically tried to milk that moment by turning out an entire album’s worth of similarly styled (read: generically produced) ’80s pop covers in the form 2019’s Teal Album. Weezer, it would appear, have been a band desperately in search of the next gimmick. So it makes sense that one might approach OK Human with extreme caution. Apparently, though, Weezer were fresh out of gimmicks this time, because Cuomo has proven once again how remarkably elastic his band’s sound can be.

As we saw with “Africa”, so much of the Weezer schtick has been to engage in a coy form of irony. When, say, the band have borrowed the slogan “death to false metal” from the muscular, sword-bearing metal act Manowar, the presentation has always appeared straight-faced. If you go for that kind of thing, the gag is supposed to lie in the dissonance between Weezer’s image and the choice of material. But unless you consider Weird Al Yankovich a comic genius, it’s a tired trope, long overdue for retirement.

Even Weezer’s gestural tributes to the majesty of rock reek of fear, of having to tuck Cuomo’s obvious affection for pop culture behind a veil of cool, rather than let his guard down and admit that he likes something. Just take the latest example, the decision to go with Van Weezer as the title for their upcoming album, due in three months. Instead of just reveling in love for Van Halen, it’s as if Cuomo feels the need to cater to his expectation that the audience is going to laugh at the thing he’s paying tribute to. So he initiates the joke himself, planting tongue in cheek so he can be in on it, not unlike an adolescent who wants to avoid being laughed at.

With his unparalleled ability to write catchy guitar riffs, Cuomo is, of course, better than that. What a pleasant surprise, then, that Weezer have just made their most genuine, lifelike record in years. It’s one thing to turn off the amps and import exotic instrumentation. It’s another altogether to make a sincere attempt to get the most out of that instrumentation. Unlike so many other things Weezer did in the past, nothing on OK Human is played for novelty value. The hummable woodwind figure that introduces the opening track “All My Favorite Songs”, for example, immediately recalls Yellow Submarine-era Beatles, as does the high-pitched horn line that lifts the chorus like a hot-air balloon later in the song. (When you hear it, you’ll recognize it right away as a Beatles reference.)

We’ve heard countless other bands employ these same devices before. Parts of OK Human were recorded at the hallowed Abbey Road studios, so Weezer could certainly have taken the easy way out here. (By comparison, Tears For Fears spun Beatles-isms into an entire song with their 1989 hit “Sowing the Seeds of Love”.) But Cuomo, the band, returning producer Jake Sinclair (who last worked with the band on its White Album, ha), and arranger Rob Matthes opted for some discretion, choosing instead to splash the arrangement with a touch of familiar Beatles flavor while letting “All My Favorite Songs” stand on its own. And, though entire string sections swoop-in quite often throughout the song sequence if you didn’t know ahead of time that OK Human had been made with a full orchestra, you might mistake it for a chamber pop record at first.

In other words, OK Human contains some of the most tasteful orchestral arrangements you’ll ever hear on a rock record. There’s a tendency to associate “orchestra” with “big”—in this case, Weezer, Matthes, and Sinclair play on the smallness they can achieve with all those extra parts. And it works wonders. The cello bowing that propels “Aloo Gobi” doesn’t invoke the grandeur of a concert hall but of a string-quartet rehearsal where you’re sitting inches away from bows scraping against strings. If you’ve followed Weezer since their 1995 Blue Album debut, you’re well aware of the band’s knack for presenting layers of distorted guitar tones as a sumptuous feast for the ears. Here, the production team brings the same tactile quality to all the classical instruments. “Aloo Gobi” creates such a close-up spatial impression that you can almost picture tiny clouds of resin dust in the air. Ditto for the staccato cello bows that substitute for electric guitar riff on “Grapes of Wrath”.

To be sure, some of the arrangements—”Numbers”, “Playing My Piano”—lean towards the kind of vanilla treatments one might expect to find at an outdoor summertime “Night of Symphonic Weezer” concert put on by your local pops orchestra. But more often than not, Weezer, Matthes, and Sinclair forego predictability for a far more ingenious representation of how rock acts can employ classical stylings. Witness the bombastic cloud on “Mirror Image” that simulates the roar of a heavy rock band before collapsing into weightlessness, and the many different expressions on “La Brea Tar Pits” that function as a series of musical set changes. All too often, previous collaborations like this have failed to gel. Either the rock and classical elements trip over one another, or they never get close enough to overcome the gulf between them. Here, Weezer’s parts intertwine with the other musicians’ parts, as if the band and Matthes were engaged in one long dance with lots of twirling and dipping—truly connecting rather than merely touching down in each other’s respective worlds.

Connection, or lack thereof, is what guided OK Human into existence in the first place. Just about all of Weezer’s work positions Cuomo as a gawky misfit having trouble relating to others, but OK Human‘s lyrical focus would have turned out quite differently had the band finished the album on schedule after they started working on it in 2017. After sitting on the sidelines, the project wasn’t even on the calendar for release this year. But then, en route to making Van Weezer, Cuomo found himself stuck at home like so many of us did. And thus, a song cycle about isolation was born. If you have any questions about how much he’s willing to share about his shelter-in-place experience, let’s just say he tackles quarantine with his usual directness. “My wife is upstairs / My kid is upstairs / I should get back to these Zoom interviews” on “Playing My Piano”. Elsewhere, on “Grapes of Wrath”, Cuomo describes listening to Steinbeck’s classic on Audible (and so on).

Such literal observations would no doubt fall clumsily from just about anyone else’s mouth. Though the candor disarms, coming from Cuomo, it’s a welcome change from the teenage rock mythology he’s always fallen back on. When his voice nearly cracks as he warbles, “If you belong to me, I’ll belieeeeeeve in you” on “Bird with a Broken Wing”, what cuts through isn’t mawkish sentimentality but a naked vulnerability Cuomo has never allowed himself to show. And when he sings, “I hear the sadness in your laughter”, it’s probably the most adult sentiment Cuomo has ever let himself express in the context of a Weezer tune. Finally, we have some age-appropriate music from a band that looked hell-bent on maintaining its arrested adolescence.