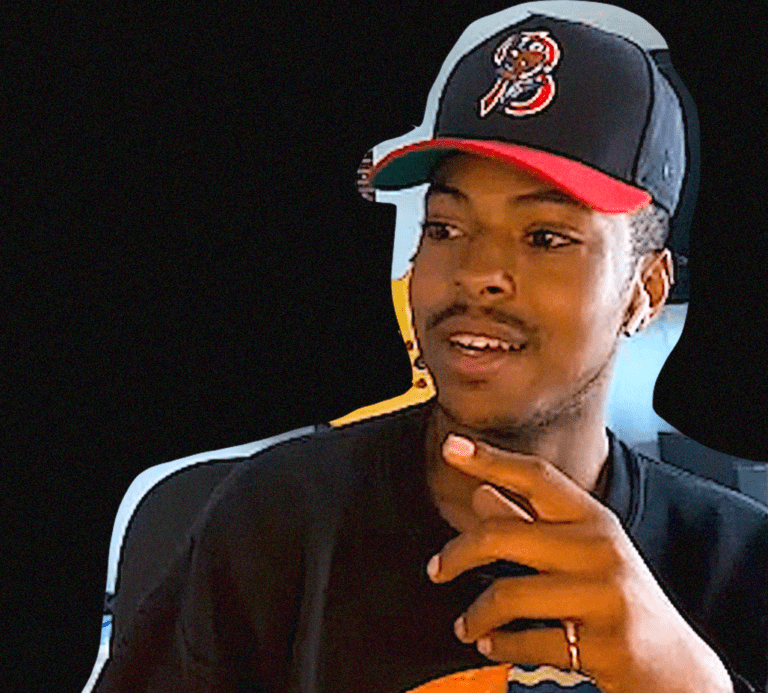 If you’ve experienced even a snippet of the internet presence of Buffalo-born rock phenom Quinton Brock, you’ll know his musical mantra right away: “We’re changing rock music forever.” When I chatted with Quinton on the day he released his debut album My Shadow, an album that fellow Alt Staffer Luciano Ferrara reviewed as “refreshing, unique, bold, and one of the strongest rock albums of the decade thus far,” he was in a celebratory mood, and more than willing to talk about what that tagline actually means.
“The main thing I’ve always said is we. It’s not just me. I’m a piece of a bigger picture that’s going on within the genre. There’s so many artists around who are making incredible music, that are pushing boundaries and also reclaiming the genre that has been stolen and bastardized throughout time,” he said, referencing the erasure of rock music as a Black genre in music history that has hidden the revolutionary accomplishments of musicians like Sister Rosetta Tharpe.
Quinton Brock was kind enough to share the backstory of the voice recordings that break up the album tracklist, the origin of the (incredible) Travie McCoy feature on “Seeing Ain’t Believing,” and the mentality behind the quick-and-dirty instrumentation that is a signature of My Shadow‘s sound. All this can be viewed on this episode of Get Involved, The Popdosemagazine’s signature music talk show.
Catch up with past episodes of Get Involved by checking out our YouTube channel—we’ve recently done a Diners, Drive-Ins and Dives-style tour of Father/Daughter records, a chat with vaporwave artist FM Skyline, and a deep dive on Dead Selves’ pivotal song “Ridgeview.” Come join us on YouTube, we’re having a great time over there.
Find Quinton Brock’s album here.
Molly O’Brien | @missmollymary
The Popdosemagazine is ad-free and 100% supported by our readers. If you’d like to help us produce more content and promote more great new music, please consider donating to our Patreon page, which also allows you to receive sweet perks like free albums and The Popdosemagazine merch.