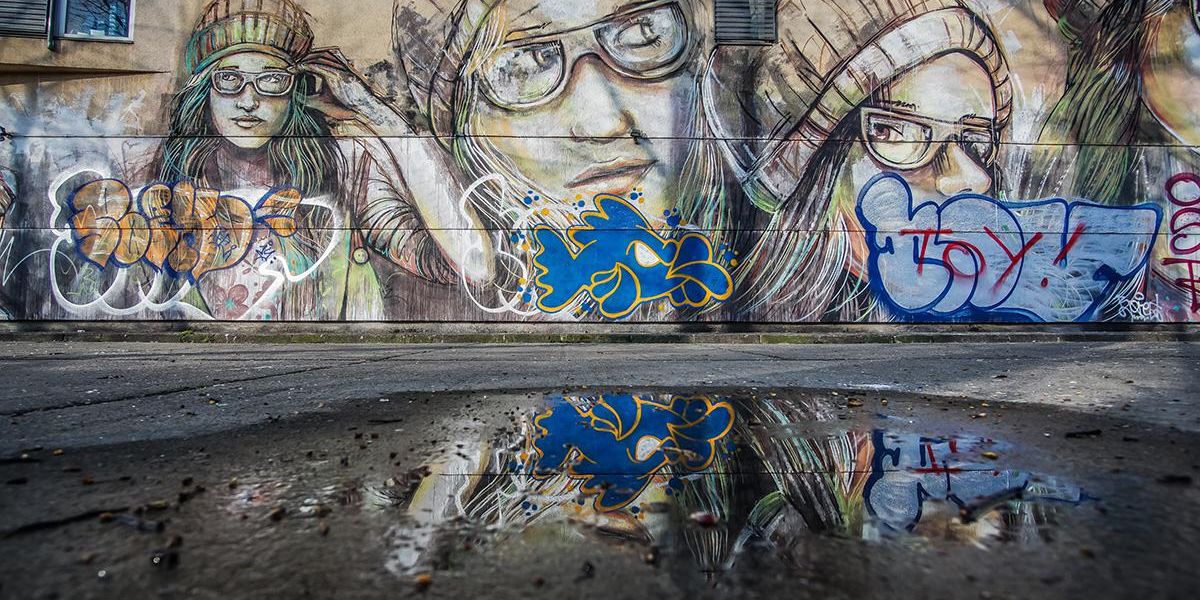 If you only have time to read one contemporary German writer, it ought to be Jenny Erpenbeck. The author of three novels and several short story collections, her last novel Go, Went, Gone was a masterful statement on the immensity of the refugee crisis and the moral abdication of western countries in dealing with it.

Fresh off the heels of that politically important literary work, her latest collection is autobiographical in nature, and finds her reflecting on the lessons of life and art. Not A Novel: A Memoir in Pieces is ostensibly a collection of short works – award speeches, reflective essays, brief sketches, and vignettes – strung together in chronological order. But like the collection of any true artist, it’s much more than simply a compendium of scattered speeches and thoughts.

Read as a whole, they weave together themes in a style that echoes her literary fiction: ideas forming and reforming, repeating and circling, refining and winnowing until those ideas are pared down to their basic essence. For those who take the time, it’s a collection as rich and deep as any of her literary fiction. She works and reworks her themes, tentatively voiced in early childhood reflections until they resound in fiery fashion by the final essays (two stirring pieces on, appropriately enough, the refugee crisis).

Photo by ASTERISK on Unsplash

The themes of her memoir are ones we encounter in Erpenbeck’s fiction as well. There is a fixation with the small, innocuous moments in life that shape who we are, though we barely notice them at the time. There is a furious disdain for borders and walls, which, ironically, are even more omnipresent in today’s world than they were when she grew up next to the iconic Berlin Wall. There is her urgent, incisive insight into the plight of refugees. And tying together all these pieces is a humane cynicism and stoic compassion borne of witnessing the failures and betrayals of both the capitalist West and the communist East.

Erpenbeck grew up in East Germany and was already a young adult when the Berlin Wall collapsed and unification began. Living through those tumultuous, globe-changing events, she pursued a professional career as an opera director while quietly cultivating her literary work on the side. (Now, of course, it’s her writing for which she is known around the globe).

Erpenbeck’s childhood in East Berlin lies deep at the roots of her reflections on the impermanence of people, places, things, and memories. Growing up amid the ruins of bombed-out Nazi-era buildings that were never cleared away, complemented by the forever unfinished hulks of Soviet-era architecture, helped her develop a comfortableness with unfinished things. Even now, she says, she sees through the shopping malls and office high-rises of the capitalist present to envision the ruins they too will become.

Her reflections on growing up in East Berlin are not those of want, deprivation, and repression; but are full of the contentment of a familiar world coupled with the political immaturity of a child. Growing up near the Berlin Wall, she saw and heard the bustle of life in the ‘free’ West – their subways running beneath her feet, the activity in office and apartment windows on the other side of the wall, the busses full of colourfully dressed workers and shoppers stopping at the transit stands. But rather than filling her with envy, it lent her an acceptance of the multiplicity of overlapping worlds:

“we knew that an entire world that seemed so close could remain inaccessible nonetheless. But at the same time we learned – if you look at it from another perspective – that alongside of the world we knew, right next to it in fact, there was a whole other world. We learned – without learning, just by being in this city and living this life – that the things within reach weren’t all that there was. That there were other worlds concealed beneath the earth we walked on, and in the sky where clouds floated across both sides of the city, East and West, undisturbed.”

Within Erpenbeck’s characteristically beautiful prose one discerns the multiple possibilities of creative voice. Here is the imagination of a child that can be as at ease with the overlap of East and West as with the world of faeries mingling with our own. Here too, perhaps, is the source of her insight into the lives of refugees and immigrants – articulated so effectively in her novel Go, Went, Gone – who also live in a world they can see and hear and smell yet are told they cannot actually legally participate in.

And when the wall does finally fall in Erpenbeck’s memoir, she greets it with an equanimity born of this impermanence. “In reality, though, East Berlin probably wasn’t so much grayer than the West after all, at least that’s my impression now that I know the West, the only things missing in the East were the advertising posters and neon signs decorating the pockmarked walls or concealing the bombed-out lots,” she writes. “After the wall fell I eventually went to visit my aunt [in the West], and it turned out, inevitably enough, that Sickingen Strasse wasn’t beautiful and fragrant at all, but loud and dirty…Peeking out from between the curtains, I saw the Employment Office sign on the building across the street, and saw the many sad-looking men standing in front of it, apparently waiting for the office to finally open…So the liberated West didn’t look, didn’t smell, didn’t sound at all like the West had back when it was blossoming in my young mind.”

Through her writing, Erpenbeck strides calmly, imperturbably, yet ruthlessly into the “blind spots” of our society. Even as a young adult watching the Berlin Wall come down, she was unsettled by the haste with which her compatriots surged forward into an unknown future. Living under the repressive East German regime taught its citizens to distrust their government and read through the lines of its proclamations to glean the reality of a situation, she explains. Yet they failed to level that critical gaze on the equally hollow promises of the West, eagerly embracing them at their word and often to their detriment.

Realizing this now, she says, allows them to “read the past differently” – to see not just what they ostensibly gained but what they lost as well. How is this knowledge to be used in the present? Not through a gullible and cynical belief in the End of History, but rather with “the consciousness that there may always be other truths beyond those that are readily apparent, a certain relativization of our own horizons. For some, this experience may ripen into a chronic mistrust, but for others it may lead through skepticism to the point where an egocentric world-view is upended.”

The insight is no doubt connected to her fury over the treatment of refugees. She contrasts the way East Germans were embraced by the West – given passports and even spending money, showered with random gifts – with the way refugees from Africa or other parts of the world are shut out. “Why do we still see pictures on TV every year on the anniversary of the fall of the wall, showing happy East Germans jubilantly sitting astride the wall – whereas pictures of people scaling the twenty-foot barbed-wire fence that separates the Spanish enclave of Melilla from Morocco only inspire tougher security measures from the European Union?” she writes.

“Why do we still hear laments for the Germans who died attempting to flee over the wall but almost none for the countless refugees who have drowned in the Mediterranean in recent years, turning the sea into a giant grave? Why is it that the opening of the border in 1989 was something wonderful, but today voices cry out for new and stronger borders?”

Her experience living through the fall of the Berlin Wall and reunification left her with a profound awareness of overlapping realities that surfaces in her work. Reunification ostensibly gave East Germans their “freedom” – but left them poor, unemployed, at the mercy of ruthless western capitalists, and effectively unable to use that “freedom” to achieve what dreams they may have had. She recognizes the faults of both worlds. Acknowledging such overlapping realities “allows us to observe the many truths that exist parallel to one another, to consider them precisely in parallel.”

It is in spaces like this – the juxtaposition of overlapping realities, the gleaning of insight into experiences and realities that may not be your own – that literature reveals its fundamental value and importance, she writes. “It does away with the division of the world into two parts: the one familiar, the other kept silent…Literature tells us that what we know is never the whole truth, but literature also tells us that the whole truth is waiting for us…”

At a stylistic level, Erpenbeck demonstrates in several essays how her background in music and theatre helped in the development of her writing. During stage rehearsals, her mentors taught her “not to sidestep, strike through, or set aside the difficulties that suddenly pop up, but rather to acknowledge them and make them into something useful. To work with them and not against them. Detours are productive.”

It also taught her the value of silence – not just on stage but on the page as well. “That which is kept silent takes up just as much space as that which is spoken of openly – and it claims that space, one way or another.” Her point is literal as well as metaphorical, and she’s had to fight with her editors for empty spaces in her work, she explains, “because it wasn’t always clear that a line left free of words isn’t a waste of paper just because there’s nothing printed there, it’s a line left free.”

Ever the musical director, she juxtaposes the emotional and psychological impact of a sound – as heard in opera or a musical performance – with that of the written word. The way it catalyzes the imagination and creates worlds in the mind of the reader (or listener) is a reflection of the intangible yet immense power of creative expression. “[M]y listening allows me, in a flash, to understand an entire world that can stand behind a single sound – though this understanding is by no means necessarily rational.”

Here the various lessons of a lifetime intersect – not only do multiple realities overlap, but so do our perceptions of them. Just as everyone experiences music differently, so do we experience literature and life. “But there can be no discussion of experiences and feelings,” Erpenbeck writes. “They have their own, wholly individual morality, and they lie beyond the knowledge that we later acquire. They are simply there.”

If so, literature may be the closest we may be able to get to truly understanding each other and our experiences of the world – both as individuals and as societies.