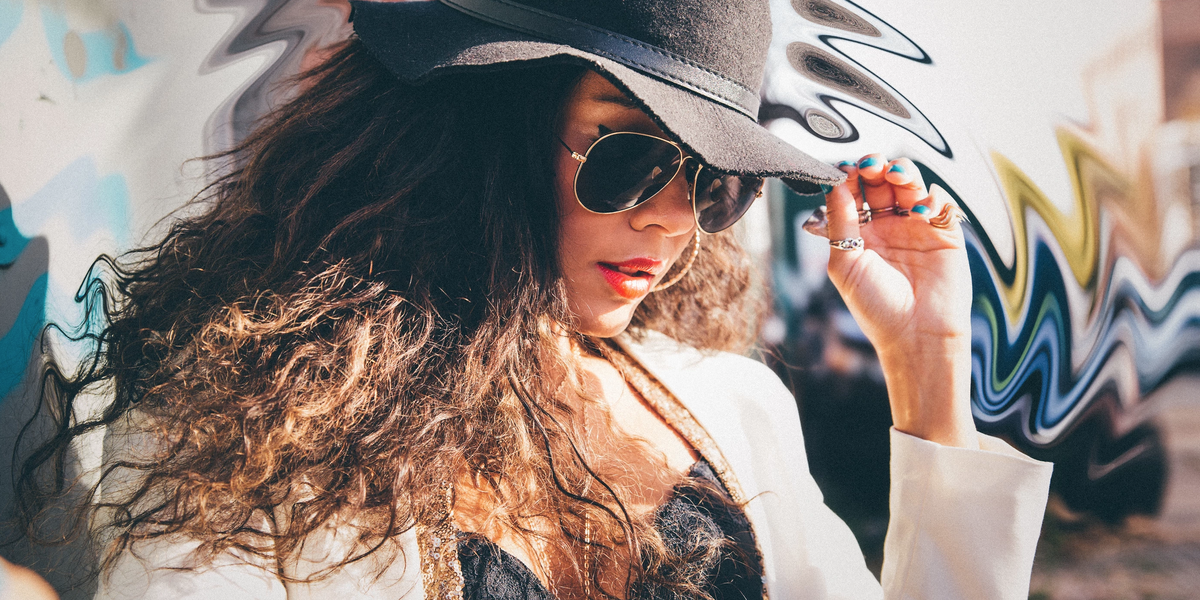 Ashley Tobias, better known as Tobi (Gogol Bordello, Dälek) releases her latest EP, Puzzle Pieces, 24 July via Internet & Weed. The vocalist/percussionist/dancer teamed with partners/co-writers MRC Riddims (the DJ/production duo of Alap Now [ex-Dälek] and Merc Yes) for this new collection, which features “Can’t Control Me” and “Puzzle Piece (Mirror)”, the latter of which she has just delivered a video for.

Puzzle Pieces, she explains, is a personal collection for her. “I think this record is empowering, inspiring, and can really hit home to a lot of people,” she says. “It’s about a journey of self-discovery and that journey, depending on who it’s about, or where it takes place can be different for everyone, but we all go through that journey.”

A native of Arizona, she was raised in New Jersey and eventually made her way to Astoria, Queens. But her journey was more than a geographical one. “Growing up as a bi-racial adoptee in a white family, in a primarily white cultured town, was a bit challenging for me. I didn’t have a lot of friends that looked like me. It was a closed adoption, so I didn’t know my actual background, but that didn’t stop people from telling me what they thought I was. Most of the time, I questioned where and how I fit in the world. My adoptive parents were the most loving and supportive parents you could ask for, but deep down, and as an artist, I struggled with looking in the mirror, not knowing who was standing in front of me.”

She adds, “It took me 30 years to put into words and letters how I felt.” When she did, she arrived with the tune “Unknown”, a letter to her birth mother. “The lyrics are pretty simple,” she says. “But the feeling and emotion behind it, for me, is very complex.”

Earning a BFA from Montclair State University, she made her off-Broadway debut in Freckleface The Musical, eventually toured internationally in the cast of American Idiot, and has shared the stage with everyone from Green Day and Flogging Molly to Danzig and Die Antwoord.

“Each of the songs on Puzzle Pieces [represents] a different chapter in my life: A girl begins to tell a story about trying to fit in, doesn’t like the way she appears, so she tries to change that by dying her hair, hangs out with people who aren’t really her ‘true friends,’ then lets go of them, getting rid of toxicity in her life.”

The journey doesn’t stop there, as the young woman gets older, she begins to see the problems of the world in a real light, and it takes its toll on her emotionally. She tries to imbue others with the empathy she feels while trying to love herself and eventually succeeds, culminating in the song ‘Don’t Deny Yourself.'”