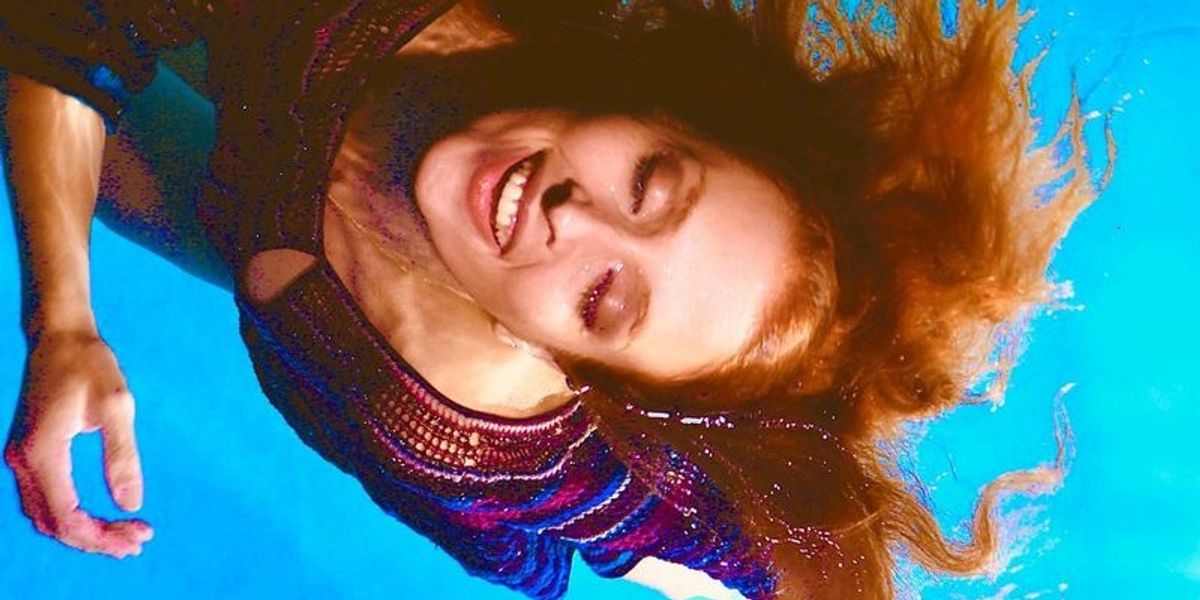 Two years ago, French singer-songwriter Tiphanie Doucet delighted listeners with her debut LP, Under My Sun. A “richly poignant and pastoral journey that reveals Doucet as a master of the style”—as I put it back then—the record certainly led to plenty of excitement for what she’d do next. Luckily, Doucet returns with “You and I”, a serene slice of folk/alt-rock that feels plucked from the mid-1990s and garnished with modern symphonic treatments. It’s as beautiful and catchy as anything in her catalogue, etching itself into your heart and leaving a great impression of her upcoming EP, Painted Blue, set to release on 23 October.

Doucet has been quite busy since the release of Under My Sun. She performed on La Voix (Canada’s version of The Voice) earlier this year. Although she was let go after the battles, the judges commended the touching nature of her audition (and rightly so). She’s also been working hard on Painted Blue, recorded in the Catskill Mountains of New York, and completed in Paris. It was produced by Doucet and David Baron (save for two songs, “Painted Blue” and “Thinking if Me”, which were done by Baron and Simone Felice). Essentially, it evolves the introspective splendor of Under My Sun with a stronger focus on evocative electronic elements. Although “You and I” doesn’t demonstrate those new timbres, it’s nonetheless a gorgeous glimpse into what fans can expect from the new sequence.

Of lead single “You and I”—and the EP as a whole—Doucet explains how it builds upon the subject matter of its predecessor: “You and I” is one of the first songs I wrote when I was focusing on my songwriting career more than acting or dancing. I have made many changes since. And it came from different places. In that last version, I wrote it with the context of a fascinatingly short but strong heartbreak I went through three years ago. My first album was about this happy relationship that couldn’t work and how hard it is when you don’t know or understand why. Painted Blue was written long after when we tried to be friends. But still, things happened, and they were even more hurtful. I realized how blue I was since we broke up, and that he was actually happy with someone [else]. The realization was hard to take.