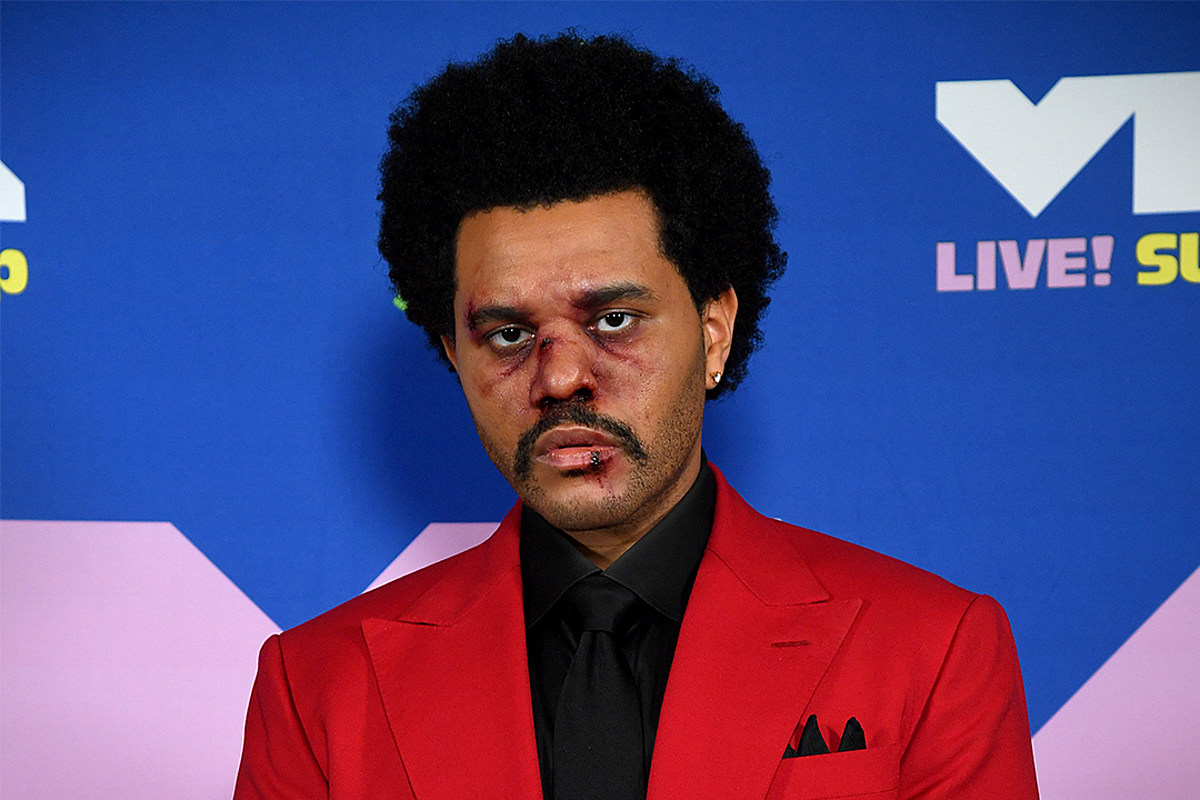 The Weeknd won the 2020 VMAs Video of the Year award for his hit video, "Blinding Lights."

The Weeknd took home the Moon Person for Video of the Year at the 2020 MTV Video Music Awards on Sunday (August 30), which aired remotely due to COVID-19 precautions.

The 30-year-old singer, songwriter and record producer kept his acceptance speech short and used his platform to demand justice amid the Black Lives Matter movement.

"It's hard to celebrate, so I'm just going to say justice for Jacob Blake and justice for Breonna Taylor," he said before exiting the stage. The Weeknd also dedicated his win for Best R&B video to Blake and Taylor.

Blake is the 29-year-old unarmed Black man who was shot by a police officer in Kenosha, Wisconsin, on August 23, as he walked away from an alleged domestic dispute. Taylor is the 26-year-old Black emergency medical technician who was shot to death during a no-knock police raid on her home in Louisville, Kentucky back in March.

The 2020 Video of the Year nominees included Billie Eilish (“everything i wanted”), Eminem ft. Juice WRLD (“Godzilla”), Future ft. Drake (“Life Is Good”), Lady Gaga and Ariana Grande (“Rain On Me”), Taylor Swift (“The Man”) and The Weeknd (“Blinding Lights”).