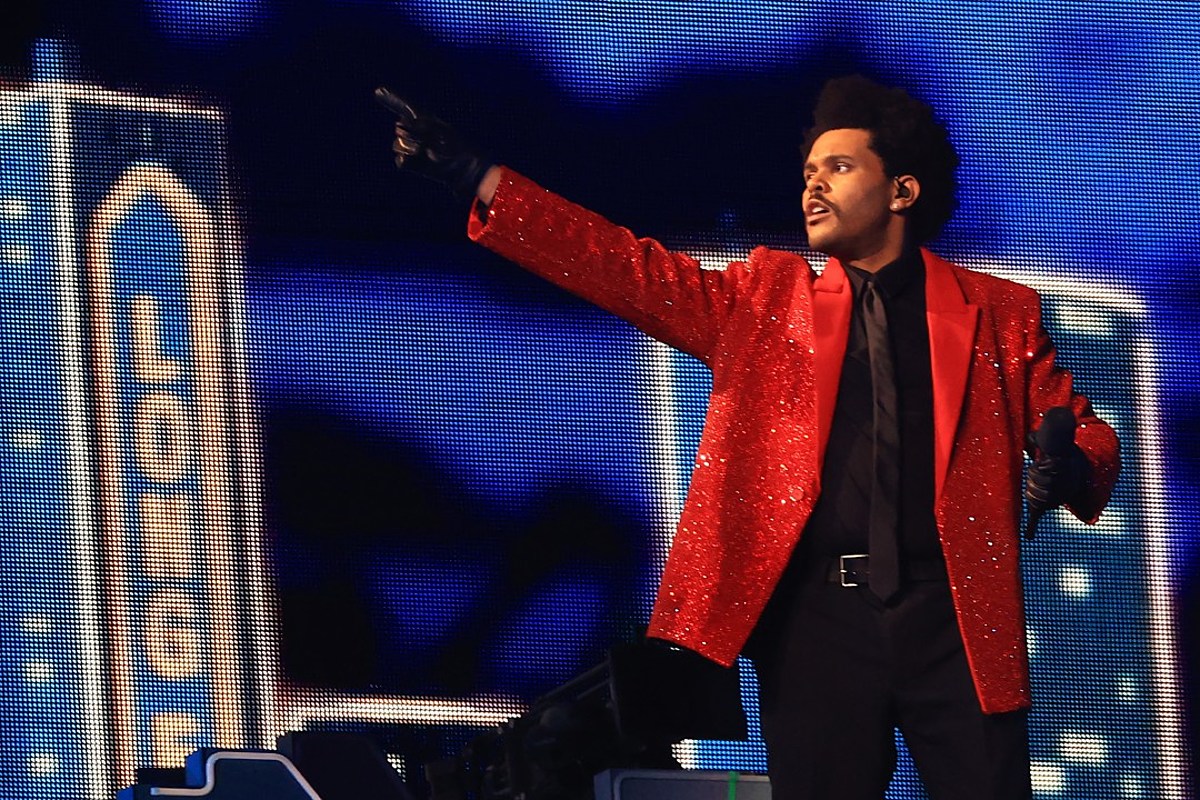 The Weeknd took the stage at the Pepsi Super Bowl LV Halftime Show at Raymond James Stadium on Sunday (February 7) in Tampa, Florida.

The Weekend, whose real name is Abel Tesfaye, performed without any special guests, a rarity in Super Bowl Halftime history.

The show began with a futuristic choir member descending from the ceiling to reveal a massive choir featuring light-up robotic faces, standing amid a lit-up cityscape.

The Weeknd began by singing "Starboy," before fireworks erupted behind the stage. He then sang his hit song "The Hills."

Later, when he performed "Can't Feel My Face," numerous lookalikes wearing his signature red suit jacket and performative plastic surgery face mask began to chase him around a labyrinthine hall of mirrors. Once he exited the maze, he went into "I Feel It Coming."

The choir picked up their violins to perform an orchestral version of "Worth It." The Weeknd then walked out to the field to perform "House of Balloons," a song off his 2011 mixtape. Dancers donning The Weeknd's signature red suit, face wraps and lights on their hands marched in lines on the field.

He then transitioned into his latest hit single, "Blinding Lights," while his backup dancers performed choreography with their handheld lights. Some of the dancers managed to throw in the viral dance moves from the song's unofficial TikTok dance. At the end, the dancers fell to the ground while Tesfaye concluded his performance with a firework display in the background.