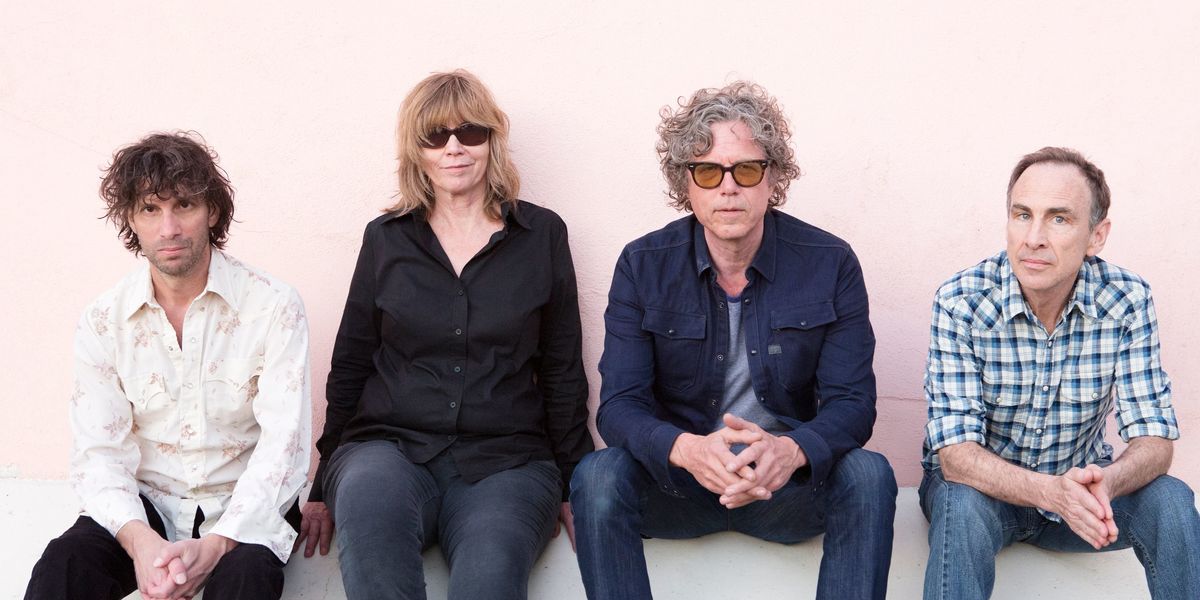 How is this Jayhawks’ release different than all other Jayhawks’ albums? All other Jayhawks’ records primarily featured the work of leader Gary Louris (or if one goes back far enough Louris and Mark Olson). XOXO features significant contributions from every longstanding member in the band. Each one is in charge of how his/her songs were arranged and recorded, as well as their parts on the co-written material. That could be a recipe for disaster. There are many examples of groups in the past that tried this, like Creedence Clearwater Revival, that failed when attempting to have all the band members equally participate in the songwriting and performances rather than rely on their leader.

However, I can happily report that this is not the case here. The other Jayhawks have always played an important part in crafting the band’s unique harmony vocals and establishing the group’s distinctive alt-indie-pop style. Karen Grotberg, keyboards; Gary Louris, guitars, mellotron; Tim O’Reagan, drums and percussion; and Marc Perlman, bass, guitars, have come up with a wonderful batch of songs. And while the tracks may feature different vocalists, they share the same Jayhawks’ vibe. There’s not a bad cut on the record. And this includes the three bonus songs that are included in the original pressing of the CD and as a bonus CD that comes in the package with the 12-track vinyl LP (but not available on the digital product).

The album’s title XOXO is meant as a nod to Elliot Smith’s sensitive masterwork XO. Indeed, songs such as Louris’ “Homecoming” and the Perlman/Louris/O’Reagan piece “This Forgotten Town” would fit right in with Smith’s delicate yet noisy oeuvre. The album does not have a cohesive theme as much as a consistent sunshiny tone in the land of gloom: the silver lining to the dark cloud. Even the sad songs seem to contain a wistful smile. We may be “Living in a Bubble” due to COVID-19, where Big Brother and the television news seem to control how we see the world when we are afraid to go outside, but things could be worse. “Life may be full of trouble”, but it beats the alternative. And there are ways to escape and find our sanity, if only momentarily.

Our imagination can counter even forces beyond control. Grotberg’s tender ode to a past lover gone to war, “Ruby”, suggests all is not lost as long as one can remember what once was. Her piano playing suggestively evokes the ending coda of “Somewhere” from West Side Story. There is something gentle and hopeful that the character Ruby can hold on to despite being alone in the present. Grotberg employs a similar tactic on her song of uncertainty, “Across My Field”. Her dreams become empty pages in pursuit of some goal she can never reach, but that is a mixed blessing rather than a curse. She at least had dreams and still has a yearning for something more.

O’Reagan’s bouncy “Society Pages” paints a portrait of a young gay man on the make. He’s part sad clown, part crowd pleaser. The song implies that’s true for all of us. We want to be noticed without standing out lest we and others discover our true selves. Like the central character of the Perlman/Louris/O’Reagan fable “Illuminate”, when one looks in the mirror, one only sees one’s shadow. We never know ourselves whether we are alone, with a lover, or in a crowd. The accompanying music to these tracks keeps the tone light even when the topics get heavy in our search for transcendence—as in its reference to Jim Jones handing out cups of punch to his followers.

Several tracks have a country feel, in part due to having additional players on pedal steel and mandolin on them. The hauntingly beautiful “Bitter Pill”, is a Louris/O’Reagan/Grotberg tale of a woman who tries but can never find happiness recalls the Jayhawk sound of the band’s 1992 classic Hollywood Town Hall. O’Reagan’s “Dogtown Days” captures the indie rock spirit of those days with somewhat of a pop-punk punch because of O’Reagan’s pounding drum work.

XOXO succeeds at proving the band is more than an assemblage of talented players. As individuals and as a whole, the Jayhawks offer 12-plus compositions to help listeners who may be alone and scared by reminding us that we are all alone together.