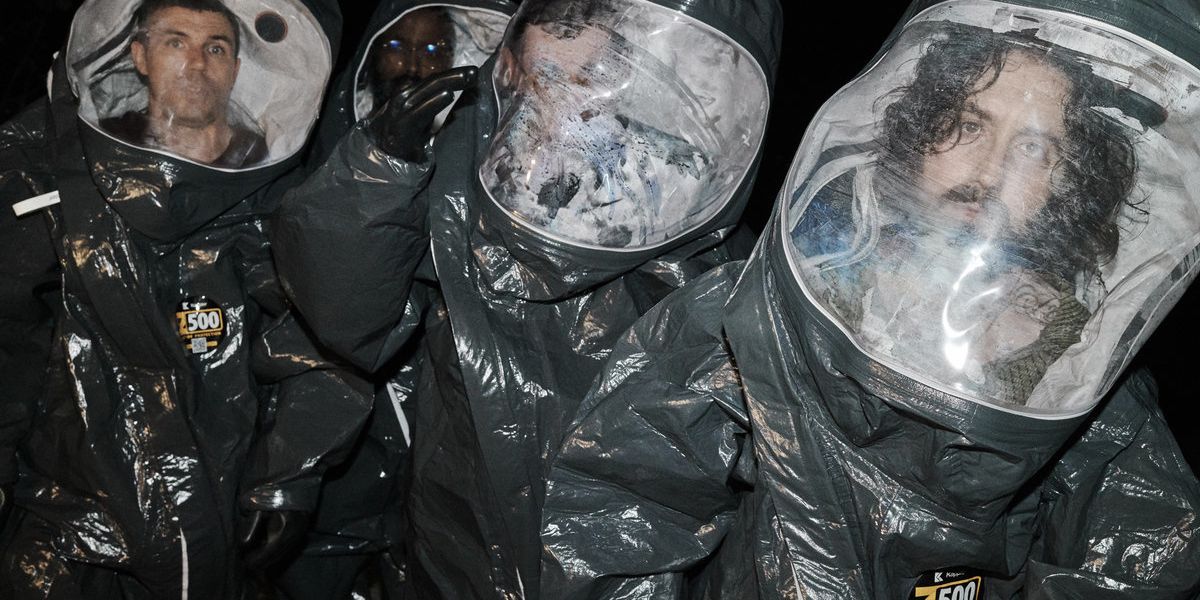 That Nothing’s new album would be called The Great Dismal is probably the least surprising thing that has happened all year. The title seems almost inevitable. Even before the worldwide pandemic, lockdowns, quarantines, social unrest, and violence, Nothing frontman Domenic Palermo was not exactly the world’s happiest camper. His and his band’s various trials and travails have been well-documented; there is no need to rehash them here. But it seems an album promoted as “explor[ing] existentialist themes of isolation, extinction and human behavior in the face of 2020’s vast wasteland” was always in the cards for him; it was just a matter of filling in the appropriate year.

In addition to all the external craziness, Nothing have dealt with some inner upheaval, too. Long-time co-writer/singer/guitarist Brandon Setta departed, leaving Palermo and drummer Kyle Kimball as the only band members left from their 2016 fan-favorite Tired of Tomorrow. Along with Setta went a degree of sonic shimmer and the purely romantic element he brought to the band’s music. The upside is that it has left Palermo more focused. The Great Dismal is Nothing’s sharpest, most concise, and most consistent album to date.

One familiar element is the producer. After work with veteran John Agnello (Dinosaur Junior, Sonic Youth) yielded a more fuzzy, lo-fi sound on Dance on the Blacktop (2018), Palermo has brought back Will Yip, who helmed Tired of Tomorrow. On The Great Dismal, Yip takes Nothing’s roaring yet often pretty guitar/effects-heavy sound and hones it down to its essence. This is music that sounds good coming out of the speakers or headphones at high volume. Palermo and new guitarist Doyle Martin’s guitars buzz and slice while Kimball’s drums pop authoritatively, assaulting the arrangements as much as keeping the beat.

The temptation with a band like Nothing is to describe their music by rattling off a list of whom it sounds like. Indeed, with a few changes in tempo and effects pedals, most of the ten songs on The Great Dismal could have been performed by most of the excellent, loud guitar-based alternative bands of the 1990s. That’s not a knock; it is a testament to the quality and confidence of Palermo’s songwriting and artistic vision. Yes, there at least a few mid-tempo songs that are anchored by Kimball’s open hi-hat. But at least one of those, “Ask the Rust”, is cathartic, affecting, and unforgettable, complete with a psyched-out coda. And if the ultra-lush “Blue Mecca” comes across as a slowed-down version of “Ask the Rust”, one could argue that in itself is in keeping with shoegaze aesthetics.

Also, though, there is plenty of variation to keep things fresh. The guitar-only opener “A Fabricated Life” is super-pretty but more doomy than romantic, as Palermo observes a society who “sing the same songs / Beat the same old tired drums.” The uptempo, drum machine-driven clatter of the single “Say Less” is probably the first Nothing song that could credibly be described as “danceable”. Any danger of The Great Dismal getting lost in its nihilistic black hole is put off by the melodious, almost sweet power-pop of “Catch a Fade” and the surging, hand-in-the-air rush of the magnificent “Famine Asylum”.

Palermo has a few nifty turns of phrase up his sleeve as well. “Paradise is always somewhere…always somewhere else” goes the album’s most memorable chorus, from “In Blueberry Memories”. The divebombing grunge guitars on “April Ha Ha” eventually give way to a chilled-out coda in which Martin ponders the question, “Isn’t it strange / Watching people try and outrun rain?” Both the line and the song’s title seem like references to the pandemic.

Under Yip’s guidance, The Great Dismal trades subtlety for distilled power. When it’s quiet, a guitar blast is usually only seconds away. There are a few abrupt edits that are the work of Pro-Tools or some such software. But maybe these are small prices to pay for an album that plays to Palermo’s strengths in such a satisfying fashion.