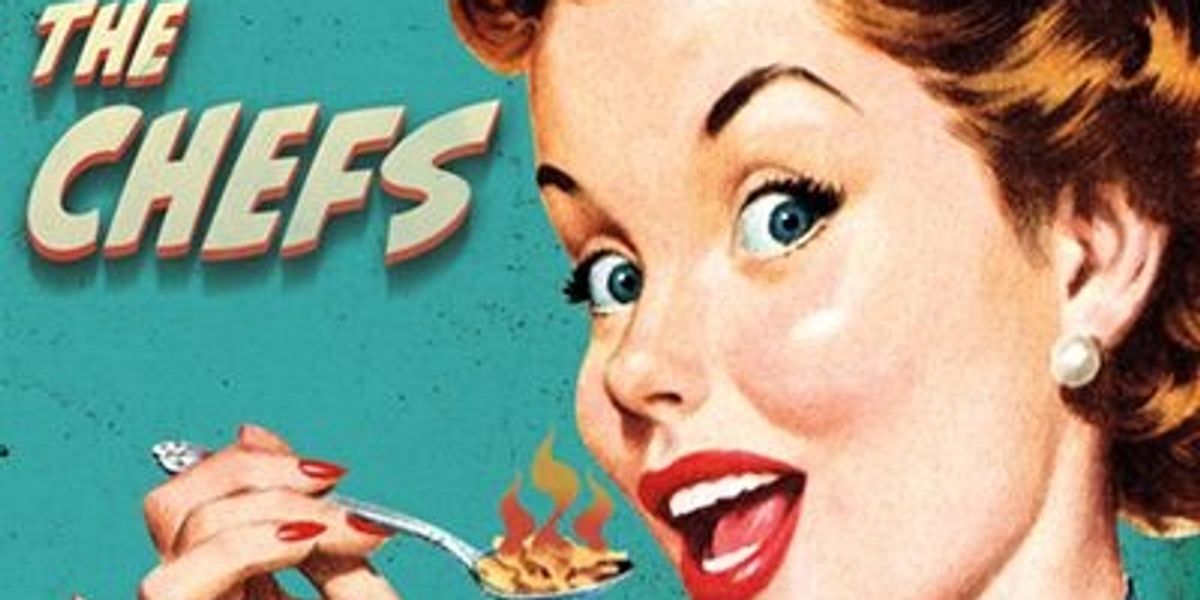 Dan Baird called it quits just in time. In 2019, after touring around the world for the better part of 40 years as a member of the Georgia Satellites, as a solo act, and finally as the frontman for Dan Baird & Homemade Sin, Baird announced that he was retiring from the road. His final show was earlier this year (what now seems more like a decade ago) on the Outlaw Country Cruise with his co-conspirators Eric “Roscoe” Ambel, Terry Anderson, and Keith Christopher in the occasional hick-rock supergroup, the Yayhoos.

Although he retired from the road, Baird kept writing and recording. When the pandemic hit, most Americans self-quarantined, something Baird had already been doing for quite a while anyway, tinkering with his toys in his basement, coming up with new ideas and sounds. The first result of all that tinkering is Heated & Treated, a project between Baird and former Tom Petty and the Heartbreakers’ drummer, Stan Lynch. The two christened themselves the Chefs, and they’ve served up 11 platters of tasty socially-distanced instrumentals.

Baird and Lynch befriended when the Satellites opened for Petty and the Heartbreakers on their 1987 tour. They teamed up again on the Deadicated project, a Grateful Dead tribute album, as the Harshed Mellows (amping up the rhunka-rhunka in their take on “U.S. Blues”). It was a one-off that also included fellow Heartbreakers Mike Campbell and Benmont Tench, fellow ex-Sat Mauro Magellan, along with soon-to-be-super-producer-to-the-stars Brendan O’Brien, and singer-songwriter Michelle Malone.

Sending tracks back and forth over the past year while socially distancing before it was cool, Baird and Lynch ended up with 11 instrumentals that range from the obligatory homage to surf rock (“Hippy Surf Party”) to moody landscapes that evoke Laurel Canyon and the mid-period Neil Young (“Hurricane”). Baird utilizes his basement arsenal of guitars, basses, and amps (he’s stockpiling as if the next war will be a musical) to dive deep into different textures and instantly hummable melodies while in complete service to each song. The mood he captures on “Night Drivin'” fits the song’s title perfectly, as does the Morricone-meets-Dick Dale spaghetti surf of “Clint”. Lynch’s sturdy inventiveness on drums and percussion shines throughout, giving Baird new rhythms and grooves to play with. It’s a pleasure and a privilege to hear him back behind the kit.

Isolation and retirement haven’t slowed Baird down one iota, as he’s already worked up another project with producer/singer-songwriter/partner-in-crime Joe Blanton, keyboardist Jen Gunderman, and drummer Greg Morrow called the Hangfires. He is still handling bass for the Bluefields, his other side project with Blanton, drummer Brad Pemberton, and guitar legend, fellow Homemade Sinner (and formerly of Jason and the Scorchers and Drivin’ n’ Cryin’), Warner E. Hodges. I’m sure he’s looking for something else to get into this very minute.

In the meantime, the Chefs ain’t gonna change the world, but they’re a nice respite from all the craziness going on in it right now. Once in awhile, it’s perfectly acceptable to, as Big Joe Turner sang, “stop all that yakety-yak” and slap on some good old rock ‘n’ roll, drift away on a nice guitar hook and swinging backbeat and leave the lyrics and big statements for some other day.