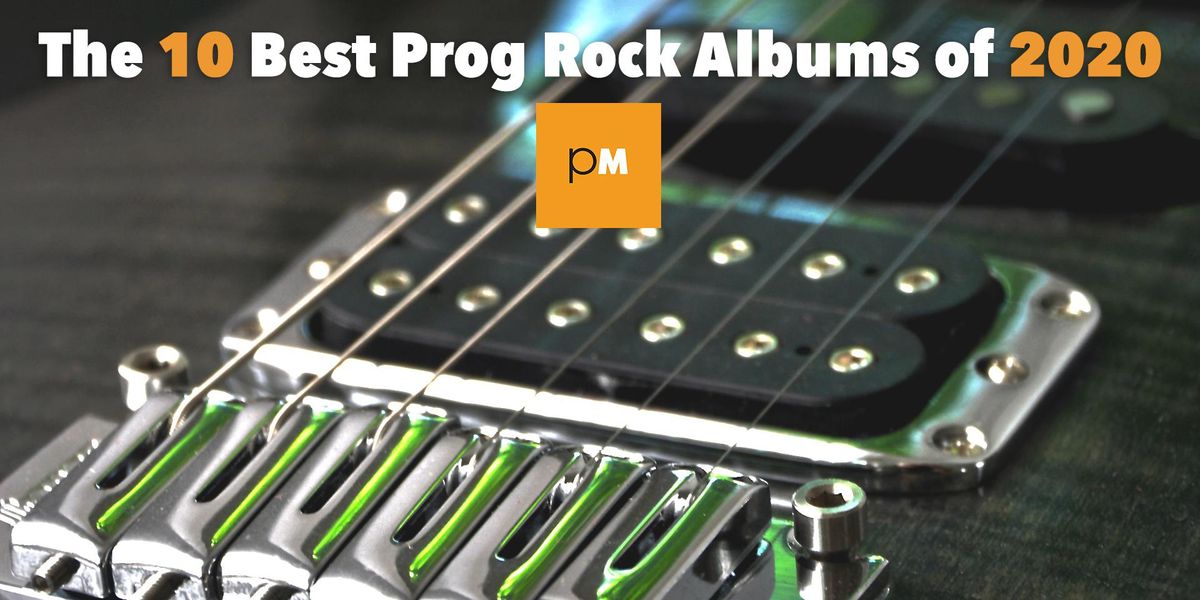 One of the pillars of modern German progressive metal, the Ocean Collective’s album-by-album dives into different eras of history never fail to entice and surprise. That’s certainly the case with
Phanerozoic II: Mesozoic / Cenozoic, which picks up right where 2018’s Phanerozoic I: Palaeozoic left off. If push comes to shove, its predecessor is a bit more immediately accessible and enjoyable. However, what Phanerozoic II lacks in surface-level appeal, it makes up for with increased nuance, scope, and ambition. A sublime amalgamation of the group’s in-your-face brutality and cosmic catchiness, opener “Triassic” is an instant earworm. Not to be outdone, “Jurassic / Cretaceous” is even more symphonic and wide-ranging (thanks in part to guest vocalist Jonas Renkse of Katatonia), whereas “Eocene” and “Oligocene” act as a one-two punch of restrained heartbreak. Really, the record is among the Ocean Collective’s most timeless work. – Jordan Blum

Comprised of Chloë Alper and Jon Courtney—as well as some supporting musicians — England’s Pure Reason Revolution crafted three highly beloved and commendably dissimilar studio records during the latter half of the 2000s. Sadly, they’ve more or less been on hiatus ever since which is why Eupnea is such a glorious comeback. The follow-up to 2010’s Hammer and Anvil, the album feels almost like a successor to their debut, 2006’s The Dark Third (which was reissued this year as well). Full of soothing vocal harmonies, commanding post-rock tapestries, and exciting electronic accentuations, the sequence delights all the way through. Entries such as the captivating “New Obsession”, the cleansing “Silent Genesis”, and the exquisite title track likely make Eupnea Pure Reason Revolution’s finest hour thus far. – Jordan Blum

Whatever forces kept Fates Warning from soaring to (relative) commercial heights in the 1980s have done nothing to dim the band’s spirit or creativity today. Thirteen albums into their trek, the veteran progressive metal band (arguably the originators of that genre) deliver a 72-minute opus that stands among the best in the band’s discography. The ambitious “Longest Shadow of the Day” is the sound of an act that is at once profoundly seasoned and wholly ravenous in their ambition to create the best music of their career. In truly progressive form, the group keeps striking into new territories, as evidenced by the gorgeous “Under the Sun” and “When Snow Falls”.
– Jedd Beaudoin

7. Pain of Salvation – Panther [Inside Out Music]

Led by the charming singularity of Daniel Gildenlöw, Sweden’s Pain of Salvation have always been among the most unique and consistent progressive metal bands. With 2017’s
In The Passing Light of Day, they crafted their best LP in roughly a decade, as its deeply personal songwriting, assorted arrangements, and subtle ties to 2002’s Remedy Lane made it a lovely return to form. Panther continues that excellence with added variety, experimentation, and thought-provoking quandaries (involving social and intellectual “normality” vs. “abnormality”). As an introduction, “Accelerator” is irresistibly quirky, potent, and expressive, etching itself into your soul from the jump. Then, “Restless Boy” channels the erratic boldness of 2007’s Scarsick, “Wait” evokes the ballads of the Road Salt duology, and “Icon”—like “The Passing Light of Day” before it—instigates introspection with its extensive poetic radiance. Thus, Panther is a true triumph. – Jordan Blum

Now five albums into their auspicious path, Caligula’s Horse thoroughly remain their own band. Never shy about pop proclivities, the group temper those more commercial tendencies with adventurously melodic and rhythmic turns that prove that listening to even one song is nothing short of a sonic event. Starter “The Tempest” and the dark, Steven Wilson-esque “Slow Violence” set the course for the album. Later, winners such as “Oceanrise” and the expectedly epic “The Ascent” ascend as would-be concert highlights that further solidify the Australian collective’s potential to find welcoming hordes on foreign shores. If 2020 has robbed the band of such an opportunity in terms of physical travel, then the ultimate bit of promotion—word of mouth—still seems very much in their favor. From beginning to end, Rise Radiant is musically and emotionally satisfying. – Jedd Beaudoin

Say what you will about doom metal and its inclination to stay rooted in its origins, but Arkansas’ Pallbearer remain at the forefront of contemporary bands practicing this particular metal craft. A sharp and focused effort,
Forgotten Days has all the hallmarks of an ace outing. For instance, the songs take their time, winding their way to a conclusion only as they see fit. Furthermore, the lyrics are more emotionally driven and better crafted than virtually any other band since Black Sabbath. The guitar lines will surely send a new generation of kids to the local music shop for their first six-string. “Silver Wings” stands as a high-water mark not only on this album but within Pallbearer’s entire output. – Jedd Beaudoin

4. Wobbler – Dwellers of the Deep [Karisma]

Wobbler don’t make bad albums, and this latest effort is as strong as anything else in the Norwegian group’s discography. Warmly rich tones that call to mind the sounds of classic-era Yes and Genesis dominate the LP, with the opening 13-minute “By the Banks” serving as an ornately enticing and purifying bit of music. Likewise, closer “Merry Macabre” is a masterclass in progressive compositions that rewards the listener for deep and repeated listens. Doubtlessly, many listeners could see Wobbler as blatant retromaniacs, but there’s just something so stunning and beautiful about their penchant for the past and commitment to their music’s future. – Jedd Beaudoin

A continuation of both 2018’s Vector (hence the cover) and the “Cockroach King” storyline from 2013’s The Mountain, Virus is a wonderful mixture of the British troupe’s soft and heavy sides. They tackle mental illness and abuse with trademark heft, eccentricity, fluidity, and hookiness. “Prosthetic” is a clear standout, as it kickstarts the sequence with that infectious intricacy, dynamic aggression, and sing-along verses that only Haken could provide. In contrast, “Carousel” and “Canary Yellow” invoke their gentler and more spacey persona, while the lengthy “Messiah Complex” is a chameleonic beast that yields one hell of a finale. In a way, Virus is the culmination of Haken’s sundry style, so it’s both a strong entry point for newcomers and a gratifying treat for devotees. – Jordan Blum

New York City’s Imperial Triumphant have ascended to new heights of avant-garde black metal, creating the soundtrack to a barren wasteland that the Big Apple trio could not have predicted in the hours during which they wrote the album. Not since Voivod burst onto the scene in the early 1980s has a metal act advanced the genre with such confidence, defiance, and unapologetic exploration. Jarring and harrowing, it’s required listening for anyone who loves heavy music, with Alphaville‘s best moments including “Rotted Futures”, “Atomic Age”, and “Transmission to Mercury”. Overall, the LP is the new standard by which we judge cutting-edge metal for some time to come. – Jedd Beaudoin

The kings of Norwegian art rock, Gazpacho have made a career out of entwining abstract and affective concepts with gorgeously heartbreaking yet cathartic compositions. Their latest, Fireworker, is among the most outstanding examples of that blend. Broken into five tracks, its concept—in a fundamental sense—revolves around the notion that an ageless and all-powerful entity unknowingly controls humans. Expectedly, the sextet expresses that narrative with an impactful fusion of poignant baroque tragedy and aggressively catchy intensity. From the epic splendor of opener “Space Cowboy” (a masterful side-long suite) to the enigmatic malevolence of closer “Sapien”, Fireworker is a gem. In fact, it ranks alongside Night and March of Ghosts as a tour-de-force of everything that makes Gazpacho exceptional. – Jordan Blum