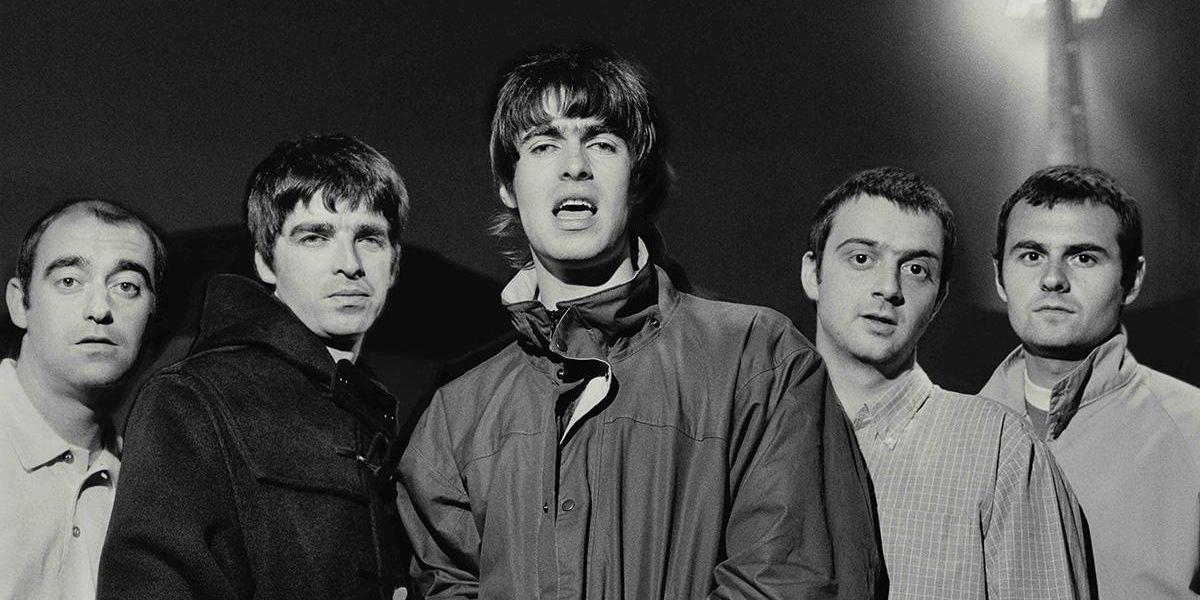 The seven-minute long “D’You Know What I Mean?” was an odd choice for the first single off Be Here Now, as its falsely epic structure is a microcosm of what most people disliked about the album. This demo of “Angel Child”, a pretty straightforward acoustic track sung by guitarist/chief songwriter Noel Gallagher, was the highlight of the CD single. What’s remarkable is how enchanting it sounds in this rudimentary form; demos tend to sound pretty lo-fi, but the guitar production here is crystal clear. It makes one wonder what this would have sounded like in a completed version.

​”Go Let It Out” had the unfortunate burden of being the first single from Standing on the Shoulder of Giants, which followed Be Here Now. Given the latter’s middling press, hopes of a bounce-back were no doubt present. But while Giants didn’t get horrible reviews, it certainly didn’t reclaim Oasis’ mid-’90s golden years, and “Go Let It Out” ended up being a pretty underwhelming a-side. However the second b-side to the single, “Let’s All Make Believe”, in the grand scheme of things is one of Oasis’ better cuts, one that should have been included on the LP. The cynical chorus lyric, “Let’s all make believe / That we’re still friends / And we like each other” can’t help but echo the consistently erupting sibling rivalry between the Gallagher brothers.

Sure, Oasis has one too many anthems in their catalog (they were quite the rage back then), but they are quite good at writing the sort of brotherly love-based stuff that’s bound to get people singing arm-in-arm at a big stadium show. “It’s Better People” has a straightforward message (“It’s better people love one another / Because living your life can be tough”), but it’s sold convincingly by Noel’s great vocal delivery. It’s understandable why the band excluded this from What’s the Story (Morning Glory)?, as the flow of that record is excellent as is, but this ditty stands out well on its own.

​If there’s one single where it’s difficult for the b-sides to match the lead song, it’s without a doubt “Wonderwall”. Oasis’ signature song remains popular still after all these years, but remarkably some of its b-sides have aged just as powerfully. The Socratic aphorism that makes up the chorus (“All we know is that we don’t know”) is one that’s been heard many times before, but it’s delivered with real power here. This song would later become the title for the 1998 b-sides compilation The Masterplan, one of the few ways most American listeners would be able to hear most of Oasis’ non-album tracks.

Serving as a bridge between Definitely Maybe and What’s the Story (Morning Glory?), the non-album single “Whatever” is noteworthy for bringing us this plaintive strummer. While some of its musings aren’t really believable (“My body feels young but my mind is very old” — really, Noel?), it’s poignant, and even when it’s not believable it’s genuine.

​For all of the fighting, bickering, and quibbling the Gallaghers did over Oasis’ tenure, they always seemed to come back to each other. For that reason, the spirit of fidelity and brotherhood found in the chorus of “Acquiesce” doesn’t ring out as phony: “‘Cause we need each other / We believe in one another / And I know we’re going to uncover / What’s sleeping in our soul”. These brothers may not have always welcomed each other with open arms, but when they put aside whatever differences they could, the result was some memorable rock music. “Acquiesce” drives this unity amongst disunity home by having the brothers trade-off vocal responsibilities, something they didn’t do enough. This is an anthem done right.

I promise this is the final “Noel singing with an acoustic guitar” song on this list, honest. That formula paid off for Oasis multiple times, and I would suggest it paid off most successfully here. Naturally, this very strong track was part of the crop of songs surrounding What’s the Story (Morning Glory)?, still the best Oasis songwriting today. Sure, there’s some Beatles-aping, specifically in the nonsensical lyric “All your dreams are made / Of strawberry lemonade”, but you expect at least a little of that from these gents. The rest of the track will distract you from the group’s influences with its sing-alongable quality.

When reviews begin to pile in for a song or album, often a comparison will begin to appear in nearly all of the reviews. In the case of “Going Nowhere”, nearly every critic pointed out its similarity to Burt Bacharach. It’s a legitimate comparison, but this isn’t merely Oasis doing a Burt Bacharach pastiche. “Going Nowhere” has a driving force to it unlike any other Oasis song; there’s a desperation in Noel’s voice that’s almost like a punch to the gut. The song is about having everything but feeling like you have nothing, wandering aimlessly through the world. “Wanna be wild ’cause my life’s so tame”, Noel laments. That may not be accurate for a man who ascended to the top of popular music, but since this was part of the colossal disappointment that was Be Here Now, it’s possible that life began to change in some ways for the man.

​”The Hindu Times” is not a memorable rocker for Oasis. It’s probably one of the weakest things on Heathen Chemistry. What’s astounding, then, is how the group chose to pair two of the best songs they’ve ever written with “The Hindu Times” for its release as a single. Structurally, “Idler’s Dream” is simple: voice and piano. Where its brilliance lies is in how it shifts in mood: what begins as a lovely ode builds into tormented anger. “And as I close my eyes and the sky turns red / I realize just what you are / You’re an idler’s dream and you’re singing Shangri-La”. At just under three minutes, “Idler’s Dream” packs an unforgettable punch.

​You don’t look to the Gallagher brothers as ideal examples of maturity. They manage to both live the excessive rock star life and pen lyrics about how burdensome being a rock star is. Nevertheless, “Just Getting Older” manages to be a turbulent slab of emotive rock, despite the fact its subject matter is how hard life is for these famous Brits. Yet even if you don’t believe that the Gallaghers could really feel this way, for the rest of us it’s something all too familiar. This most powerful of b-sides is about the difficulties of growing up, and how the frivolities we imagine as the ultimate perks of adulthood are nothing more than empty distractions from the real troubles in life. “Am I cracking up / Or just getting older?” is as universal a question asked by any rock song, one that reminds us that while Oasis may lack the consistency of rock’s greatest outfits, they put out some truly memorable stuff in their time.