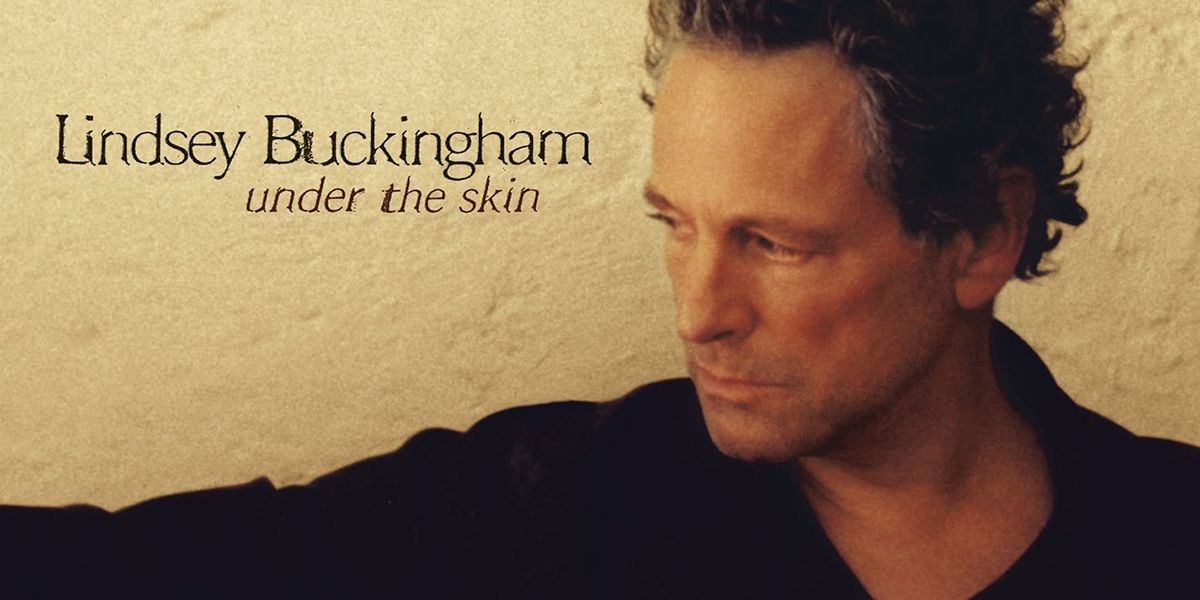 This album is the second chapter in Kirwan’s professional life, following his firing from Fleetwood Mac in 1972. He is a gifted guitarist and songwriter who seemed to have a dual persona: reportedly volatile and argumentative, Kirwan created a peaceful, summery song cycle in this first solo outing. Though most of the fiery guitar dynamics of his days with Fleetwood Mac are gone, taken on its own merits the material here could easily have dominated the ’70s airwaves if Kirwan had been signed to a bigger label and performed live more (or at all, actually).

There’s a lot of joy and contentedness on Second Chapter, with the second half of the album being particularly strong. It’s hard to believe when listening that mental issues would curtail his music career by the end of the decade. After a third album in 1979, he dropped out of the public eye completely. A later release titled Ram Jam City is a nice collection of demos recorded for Second Chapter, presenting the songs in an alternate light.

Paris was formed soon after Welch left Fleetwood Mac; Welch was joined by ex-Jethro Tull bassist Glen Cornick and Thom Mooney, who had been in Nazz with Todd Rundgren in the late 1960s. Though not issued under his name, for all intents and purposes, this is a Bob Welch solo album; he wrote all the songs, sang them, and plays the guitar parts. Modeled after Led Zeppelin, this was a harder rocking side of Welch than had been seen before or was seen after. Though it’s louder, his gift for melodicism shines through.

The drama and dynamics in “Narrow Gate (La Porte Etroite)”, the hectic and claustrophobic “Starcage”, and the wide open spaces of “Solitaire” are highlights. With this, Paris’ first album (a second, Big Town 2061, doesn’t quite measure up, though it has its moments), Welch sounds like he had something to prove — and he delivered, in spades. A few years later, he struck radio gold with a remake of his Fleetwood Mac song “Sentimental Lady” from the solid French Kiss album.

The late 1970s were a particularly fertile period for Fleetwood Mac alumni. Even Peter Green, who most had written off as a washed out drug casualty by this time, issued a strong comeback album with In the Skies. The music is miles removed from his previous outing, The End of the Game. While that album tended to be unfocused and meandering, albeit powerful at times, In the Skies is very song-oriented, each track constructed well but never sacrificing feel. A combination of instrumentals and tracks with vocals by Green, the songs are laid back and groove-oriented. Thin Lizzy and occasional Pink Floyd sideman Snowy White shares some guitar duties; his playing is especially noteworthy on “Slabo Day”. Spiritual themes anchor the title track and the catchy “Seven Stars”, while “Just For You” is a moody love song. As a whole statement, Green explores many shades of the blues — from dark to light — on this re-entry to recording, which jump-started his career.

Peter Green’s influence casts a long shadow, and Rick Vito is no exception, having covered “Rattlesnake Shake”, “Black Magic Woman”, and “Albatross” in various settings over the years. You might not have seen that influence as readily when Vito was in Fleetwood Mac for 1990’s more pop-oriented Behind the Mask; however, through a string of solo albums, the blues has been Vito’s main calling card. Mojo on My Side finds him digging deep, displaying a surefooted grasp of the feel and textures of various styles of the genre.

With chops honed from years as a session musician and touring with everyone from John Mayall to Bonnie Raitt, Vito’s versatility can be dazzling. Good musicians should always be challenging themselves and not resting on their laurels. With this in mind, Vito performs most of the guitar parts on this album on a fretless guitar. While there’s not a particularly noticeable difference in sound for the listener, it’s an approach that unavoidably has a creative effect on his playing. “Femme Fatale” and “River of Blues” are showcases for Vito’s slide skills, while a sweet saxophone embellishes numerous other cuts.

Spencer’s first solo album, recorded while he was still in the band, gets the award for most eclectic album by a Fleetwood Mac member. The self-titled work is both an homage to and parody of multiple genres: blues, surf rock, doo-wop, and 1950s rock and roll. At times it’s brilliant, and even when its reach exceeds its grasp, it’s still funny. On “Mean Blues”, an overly enthusiastic emcee at the “Hoochie Coochie Blues Club” introduces the fictional Snoggily Blues Band and “the leadest guitarist: the best in the country” before the band plays the ultimate in generic blues. “Take a Look Around Mrs. Brown” manages to skewer the middle class, the dippier side of hippiedom, and the Beatles all at the same time.

“If I Could Swim the Mountain” is like Elvis Presley slowed down to half speed. The playful, lighthearted mind behind this album belongs to the same person who would soon after its release go AWOL from Fleetwood Mac and join what many felt was a cult, “The Family International”, an organization he’s still a member of today). Spencer has issued sporadic recordings over the years since, but nothing remotely resembling this album. (I’d be remiss in not mentioning his 1979 album Flee, home to the sparkling title song — although the rest of that album is mostly straight-laced, overproduced disco-pop dross).

The co-founder of Fleetwood Mac watched many of his ex-cohorts have solo success in the late ’70s, and by 1981 he jumped in the ring with The Visitor. Fleetwood really was a visitor, recording the album in Ghana in part with African musicians. As a drummer, the focus is understandably on rhythm and percussion, but the years of working with talented songwriters ensures the tracks have structure. Straight pop (“You Weren’t in Love”) mixes with adventuresome instrumentals (the title track) and outright rock (a remake of “Rattlesnake Shake” featuring a cameo from Peter Green).

A diverse collection, The Visitor also includes a remake of Tusk‘s “Walk a Thin Line”, while instrumental “Super Brains”, with its marching band horns, sounds like an outtake from that same album. If all that’s not enough, George Harrison guests on “Walk a Thin Line”. It should come as no surprise that the band’s tireless guiding light released one of the most consistently enjoyable and spirited of the band members’ solo albums.

This was simply a self-titled album when it was first released by McVie (maiden name “Perfect”) in 1970 just prior to joining Fleetwood Mac — leave it to the record companies to try and cash in, though. When Fleetwood Mac hit it big with Rumours, the record was reissued with the “Legendary” moniker. Is it legendary, though?

Well, not quite, but it is an enjoyable, relaxed, easy-blues collection of songs. The album features her husband at the time, Fleetwood Mac bassist John McVie, and then-Fleetwood Mac guitarist Danny Kirwan on a version of the Fleetwood Mac song “When You Say”, which was released as a single. But it’s the other tracks that are more memorable, such as “And That’s Saying a Lot”, a slinky, jazzy blues with lines like “I’m a woman of very few words and that’s saying a lot.” Perfect/McVie’s smoky, deep voice sits nicely in the arrangements, which range from originals to well-chosen covers.

Let’s not forget her keyboard playing, either: Stevie Nicks shook a tambourine in Fleetwood Mac occasionally, but McVie has held down the keyboard spot for her entire tenure. Being the singer as well as the keyboardist on her own songs ensures a unity of sound and purity of expression, all very evident on this early album.

Weston shared the Fleetwood Mac spotlight during the band’s early ’70s, less commercial period. If not for the affair he had with Fleetwood’s wife, which got him booted from the band, there may never have been a Buckingham and Nicks era. The shakeup temporarily put the band on hold, and their manager tried to pass off a counterfeit Fleetwood Mac to tour in the real band’s place. A lawsuit ensued, and, eventually fed up with it all, remaining guitarist Bob Welch quit, which led to the recruitment of Buckingham and Nicks.

Weston guested on a few albums in the second half of the ’70s, but mostly laid low until 1980 when he put out his first solo album Nightflight. It didn’t make a big splash, though there was no shortage of strong material. The album should have been a contender, as Weston is an appealing singer and skilled guitarist, and the songs are very radio friendly. He does energized guitar driven rock on lead track “Silver Arrow”, while the rest of the album largely explores moods of mellowness (“Throw Me a Line” being especially smooth and tuneful) with detours into breezy pop on “Telephone Song” and light funk on “Bar Room Dreams”, closing with the short jazzy instrumental “Cabriolet”.

The Wild Heart was Nicks’ second solo album and the one which sent her popularity into the stratosphere, mainly due to the single “Stand Back”. A song unlike anything she had done previously, it featured synths played by Prince and was inspired by his song “Little Red Corvette”. Yes, she entered the ’80s with full force, and as a result some of the production on the album sounds dated, but any amount of synth can’t mask this strong collection of songs. “If Anyone Falls”, “Nightbird”, the title track: all have that patented Nicks moody romanticism. Variety comes in the form of “Enchanted”, a loose, old-time rocker.

“I Will Run to You”, like “Stop Draggin’ My Heart Around” on her previous album, is a duet with Tom Petty and the Heartbreakers. It’s a forgotten song these days, but a highlight of The Wild Heart. Most of the tracks deal with themes of love and love lost, the lyrics sometimes so impressionistic as to be impenetrable. It’s to Nicks’ credit that she can pull off such abstract wordplay and still make it sound poetic. Last song “Beauty and the Beast” is a full-on heartbroken, grandiose ballad, complete with strings, a style Nicks was born to sing.

It may seem strange for a musician as successful as Buckingham to lead off an album with a song (“Not Too Late”) about being critically but not popularly appreciated. Yet, most of his success has come from his work with Fleetwood Mac. He wants that solo success as well. And in a way, the song speaks for all the Fleetwood Mac alumni (with the possible exception of Nicks) who have been overshadowed by the band. As the lead track, it also sets the tone musically for the rest of the album with its intricate finger-picked acoustic guitar, often also featuring multi-tracked and effects-decorated vocals.

On cuts such as the title song, the production is so crystal clear and immediate that it sounds like Buckingham is in the same room as the listener. There are two covers on the album, by the Rolling Stones and Donovan, but they’re so “Buckinghamfied” that they blend right in and are completely separate animals from the originals. Mick Fleetwood and John McVie join in on “Down on Rodeo”, the most Fleetwood Mac-sounding track. Never one to shy away from exposing raw emotion, (going all the way back to “I’m So Afraid”, from the first album he did with Fleetwood Mac), Under the Skin can be a naked in its honesty at times. An album largely concerned with getting older and remaining artistically valid, the work doesn’t get weighed down by those heavy concepts, as Buckingham’s touch is deft and light in counterbalance.