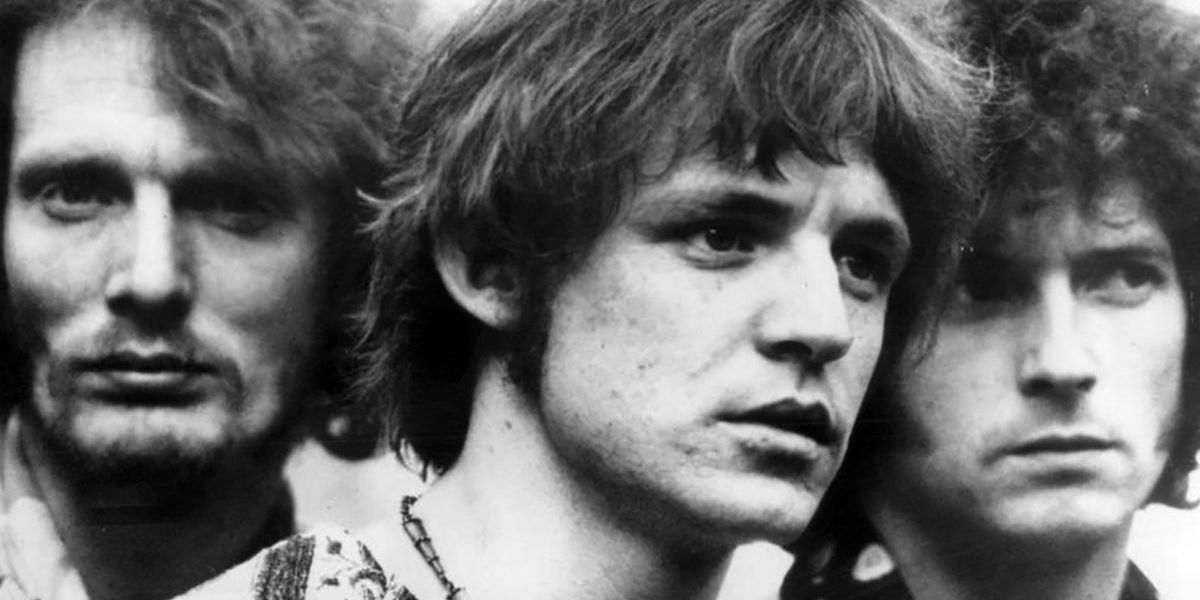 Here’s my take on the ten best Cream songs. This list is offered with one caveat: it’s mostly going to avoid the ones everyone knows, so we’ll assume it’s more or less a given that the cream of Cream’s crop necessarily includes “Strange Brew”, “Tales of Brave Ulysses”, “Crossroads”, and especially “Sunshine of Your Love”.

Some more obscure than others, these ten selections are chosen to represent the songs where Cream was most focused, most locked-in, and most original. As such, many of the trio’s blues covers or blues-influenced homages (whether more paint-by-numbers like “Spoonful” and “Rolling and Tumbling” or more inspired like “Born Under a Bad Sign”) don’t rise to the top. When Bruce, Eric Clapton, and Ginger Baker were properly locked-in, they not only used the blues as a successful point of departure, but they carved out a unique — and oft-imitated but seldom matched — blend of psychedelia and proto-prog.

The frenzied “Deserted Cities of the Heart” is a scorching hand grenade of a song, planting a signpost of where rock had come and where it was headed. Cream took the British Invasion’s obsession with blues masters as far as it could go, using their power trio pyrotechnics to blend a distinctly English sensibility (“Wrapping Paper”, “Mother’s Lament”) with a more American rock ‘n’ roll aggression. It was a triumph of traditional music combining blues and folk, along with a more experimental edge influenced by jazz and the avant-garde (“SWLABR”, “Those Were the Days”).

In short, Cream went from wearing their influences on their paisley-colored sleeves to becoming one of the more influential 1960s outfits, all in a matter of years. If it was over too soon, it can’t be said that these three men failed to reach their considerable potential, taking their chops and ambition as far as possible, considering the egos and animosity forever lurking behind every note played.

If any single song on Cream’s debut album functions as a calling card, “Dreaming” does the trick nicely. The harmonies, the execution, the confidence: a two-minute tour de force. It remains a revelation to hear the drums so forward in the mix: there is a reason legends like Neil Peart always make sure to name-check Ginger Baker as an unshakeable influence. Nevermore would the time-keeper be relegated to mere grunt work as time-keeper and occasional embellishment; after this, drums could be on equal ground. And if Baker revolutionized things to the extent that interminable drum solos became a de facto part of every rock concert in the ’70s and beyond, so be it.

Jack Bruce’s falsetto. Clapton’s shimmering notes, like an acid trip underwater. Baker, busy as ever without managing to overwhelm. This is a disarmingly simple gem that showcases the individual brilliance of each musician and the ways they could work collectively in the service of a song. Only the Beatles, circa 1967, combined curiosity and confidence with such precision, and the results are utterly original and enduring.

A song that seldom (if ever) gets singled out for approbation, all one needs to do is listen to rock music between 1969 and 1970-something to appreciate its influence. The slow/fast time shifts, the implementation of more “exotic” instruments (cello, glockenspiel), the presentation, which pulls right up to the abyss of pretension and scoffs — we are a long way from the blues covers of the debut. Wheels of Fire creates a unified sound that is post-psychedelia and pre-prog; it neatly splits the difference between bright-eyed exploration (circa 1966-1967) and weary and opportunistic art-rock. As ambitious as anything the group ever did, it is also tight, concentrated, idiosyncratic, and typically distinctive.

“Stepping Out” is Eric Clapton getting his God on. Yes, it goes on too long, and yes, it’s indulgent, and yes, there are (many) people who played the blues better, and yes, this will get you a speeding ticket if you crank it up while you’re on the highway, and yes, of course, it was featured in the epic final scene of Martin Scorsese’s Mean Streets.

A lot of people assume this was Clapton’s group and that he was the lead vocalist. Of course, it was Jack Bruce, the thinking man’s Golden God, who is singing virtually all these indelible songs. Without question, this is one of his finest moments, unvarnished and without effects (or forced affect); sheer talent, total commitment, and unmitigated emotion. Oh, and Baker brings the sweet pain with his subdued maelstrom, and Clapton transcends the blues-based heroics in favor of raw, plaintive expression.

One of rock music’s most cynical and, sadly, factual songs alongside the Beatles’ “Taxman”. The lyrics aren’t terribly sophisticated (“I support the Left, though I’m leaning toward the Right / But I’m just not there when it’s coming to a fight”), but then neither is the subject matter. Opportunistic weasels who pollute public office are taken acerbically to task, while a cascade of filth, courtesy of Clapton’s multi-tracked majesty, supplies an appropriately muddled soundtrack. Bruce, as always, delivers the goods, and he seems to be enjoying himself and disgusted at the same time when he croaks, “I wanna just show you what my politics are.”

Disraeli Gears is a gift that never stops giving. Not only the band’s masterpiece but a classic among the many miraculous albums made during its era. On Cream’s first album, there were the inescapable blues influences, some refreshing, others more stale and uninspired. By the second album, the band figured out what they wanted to do. Very little (by others or even Cream) sound anything like the best moments on Disraeli Gears. “Strange Brew”, “Sunshine of Your Love”, and “Tales of Brave Ulysses” get most of the attention and still receive most of the airplay, but it’s the deeper cuts, like “World of Pain”, that illustrate how peerless Cream was, at its best.

This is the song George Harrison inadvertently named (Badge = Bridge), and the one he played on, depending on who you believe (to this writer, the Quiet One’s guitar licks are unmistakable, especially when you think of side two of the Beatles’ Abbey Road). It’s tracks like “Badge”, free-flowing yet not facile, laid-back but not lazy, that makes so much of what Clapton went on to do disappointing by comparison. Once God became Slowhand, he was calling his own shots, and while he had earned every right to do so, he arguably needed some tension — and competition — to bring out the best in him. In any event, this is one of Cream’s irresistible tunes, impossible to tire of, even after four decades and change. It’s a mellow pinnacle of sorts and will always be a bittersweet tease of what Cream could/should/might have done if they’d kept their act together.

“I Feel Free” kicks off Cream’s catalog, and it’s less an introduction than a declaration: yes, as a matter of fact, we are a supergroup and this is how we roll. Multi-tracked harmonies, hand-claps, and a single pounded piano note sounding like a telegraph dispatching the news, “I Feel Free” has hit single written all over it. But the pop sensibility is undercut by what might be best described as a cocky nonchalance: we are not trying to please anyone but ourselves. There is no pandering, no false familiarity with the would-be audience, and above all, no clichés. The music, of course, was the thing: cleaner and crisper than what anyone else (including the Fab Four) was doing at this point; “I Feel Free” signaled the ascendance of a major new act and a reminder in real-time that nothing was ever going to be the same.

Perhaps the ultimate commentary on this remarkable song is that overplayed as much as it has been over the years, it still manages to defy becoming stale. In fact, it still manages to confound expectations and is capable of the thrill of surprise. Or the simple shock of recognition: this is what it sounds like when some of the best musical minds of their time were clicking on all cylinders. Boasting career-best work by all involved, “White Room” cemented the post-Sgt. Pepper proposition that rock music could be art; rock music could matter.

Clapton is on-point, using his wah-wah more ingeniously than anyone not named Hendrix, Baker offers “Bolero” drum rolls, and Bruce, in addition to his typically supple bass playing, turns in what may be his ultimate vocal performance. Making the most of principal lyricist Pete Brown’s surreal poetics, “White Room” is a decidedly darker slice of psychedelia (see: “Where the shadows run from themselves”). It squeezes the last drops of Summer of Love whimsy and pours it into a simmering cocktail of bad trips, wrecked dreams, and fear. It is intense and unremitting; it sums up happier and/or headier times and peeks, presciently, at the disillusion waiting around the corner. And, in spite of how heavy it is, the prevailing vibe is one of resilience, not despair. “White Room” compresses the sounds, colors, and feelings of an era and manages to make it all into something beautiful.