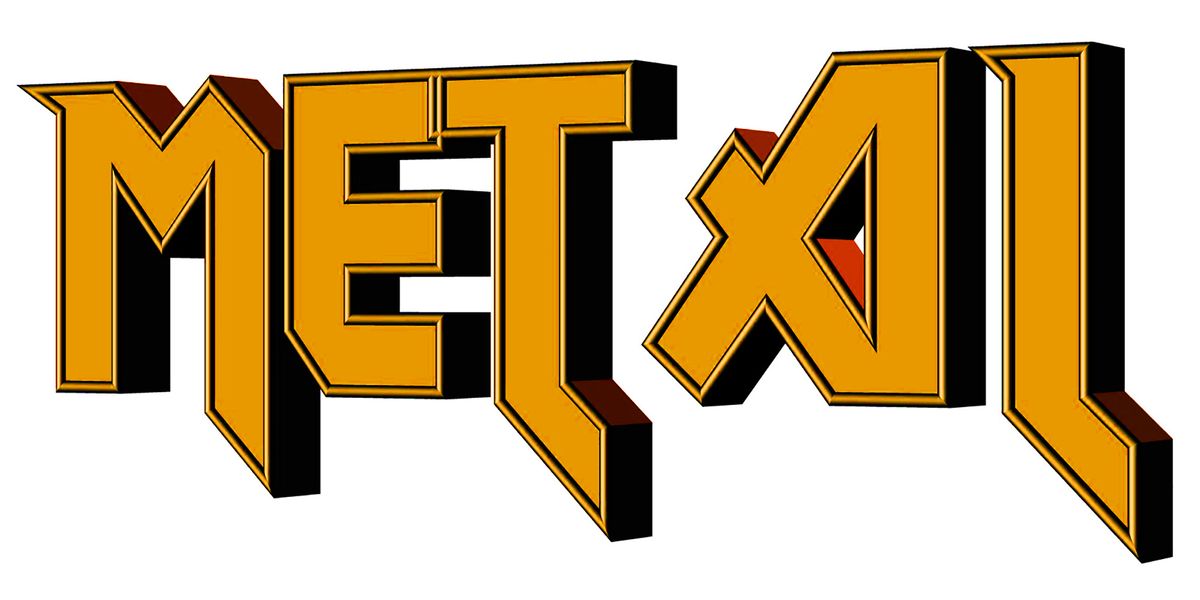 The dearly-departed Peter Steele always had his tongue planted firmly in-cheek, reveling in the inherent ludicrousness of his pitch-black compositions. The verses of the goth-chick tribute “Black No. 1 (Little Miss Scare-All)” amp up the moodiness to near-comical proportions (“She’s got a date at midnight / With Nosferatu”) that nevertheless manage to dig deep beneath your skin due to Steele’s baritone intonation, while the choruses give listeners a well-deserved headbanging outlet after all that gloom. Even a harpsichord interlude and finger-snapping can’t undercut the song’s obsidian pall.

Marilyn Manson’s image has always overshadowed his music, as his shock-rock scare tactics tend to lodge in the memory better than his hooks. Whether you think he’s the devil incarnate or a third-rate Alice Cooper wannabe, there’s no denying that he’s turned out at the bare minimum one evergreen metal standard in the form of “The Beautiful People” from his creative high-water mark, Antichrist Superstar. Driven by over-distorted guitars that swing instead of pummel and a growling arena-ready chorus, it wouldn’t be surprising if “The Beautiful People” was specifically designed to rile folks up into a frenzy.

Ministry pride themselves on being an insanely loud and menacing purveyor of face-scorching industrial (on a related topic, it would also rather people overlook their early ’80s synthpop phase). Having forcibly welded the industrial and metal worlds together ever since The Land of Rape and Honey (1988), the group peaked creatively with “Jesus Built My Hotrod”, a gonzo freak-out that feels as if it’s about to go off the rails at any moment. In the midst of Ministry’s relentless odd-meter speed riffing, special guest vocalist Gibby Haynes of the Butthole Surfers steals the show by ranting along in the most over-the-top redneck voice he can muster. The end result is as ridiculous as you might imagine—and it’s all the more awesome for it.

In their heyday the jazz-influenced, noise rock-indebted New York City ensemble Helmet effortlessly merged the brainy and the brawny, an attribute which the horde of nu metallers who took cues from its records unfortunately overlooked. Although the band’s lack of charisma and Page Hamilton’s flat vocals kept the group from living up to the “next Nirvana” promise observers held for it leading up to its major label debut Meantime, on an instrumental level the band can’t be faulted, as the masterful “Unsung” attests. It’s built around downtuned guitars that link together with the rhythm section in assembly line-like precision to form a rock-solid hip-hop-tinged groove where each snare hit is so impeccably placed in between the rests that they pop right out of the speakers. By the end, the song shifts gears into a driving swirl of distortion that would do pioneering alt-rock trio Hüsker Dü proud.

Tool fans can be quite outspoken about the perceived genius of their favorite band. When a song is a good as “Stinkfist”, though, ground can easily be conceded on that point. Tool’s prog-rock leanings and arty pretensions can’t obscure the fact that guitarist Adam Jones is an excellent metal riff-writer, and Maynard James Keenan’s distinctive voice wafts throughout the recording with unimitatible ease.

Never a real part of the Seattle grunge scene, the members of Alice in Chains were closer to proper metalheads, more comfortable in the company of Guns ‘N Roses and Pantera than before the judgmental eyes of alt-rock hipsters. Before going full-on grunge for the harrowing junkie lament Dirt (1992), AIC made its first inroads to rock radio with this unabashedly metallic single. The song’s grinding stomp is catchy in of itself, but don’t neglect Layne Staley’s amazing vocal performance. Long before he began his downward spiral into the drug abuse that claimed his life, Staley’s anguished cries of “Jesus Christ” betray a gut-wrenching sorrow that in retrospect is disturbingly real.

It was tough deciding between this song and White Zombie’s 1992 name-establishing single “Thunder Kiss ’65”. At the end, though, it was movie trailer stalwart “More Human Than Human” that got the nod for this list. Former frontman Rob Zombie is a smart man who’s always embraced trashy American pop culture with genuine, unironic affection, and “More Human Than Human” embodies those qualities to perfection, as its distinctive surging guitar hooks simultaneously betray the band’s roots in the Sonic Youth/Swans-dominated NYC noise rock scene and make you want to rev up your car engine.

Despite a few antecedents, it was Rage Against the Machine that was most responsible for legitimizing a fusion between hip hop and heavy guitar rock. Noted as much for its revolutionary Marxist politics as for its incendiary sonic assault, Rage on occasion could tip too far in the direction of its polemic concerns, slipping into didactic hectoring. But on its finest moments, Rage funneled its righteous anger into the shape of the finest rap-metal tunes around. There are plenty of great RATM single to choose from, but ultimately “Killing in the Name” stands as the definitive embodiment of the group’s collective strengths. Loaded with enough killer riffs to build an entire AC/DC album out of, it’s over five minutes of simmering discontent that finally boils over at the end into a string of justified expletives. When Zach de la Rocha finally loses his shit and screams “Fuck you, I won’t do what you tell me!” over and over again in the face of injustice, the song’s vitriol assumes a transcendent quality that feels as if it really could take on a nation of millions.

While NIN’s first album Pretty Hate Machine (1989) seethed with anger, it wasn’t until Trent Reznor assembled a live touring band to play his songs in concert that its music began to fulfill its potential for aural punishment. The guitar-centric, metal-imbued incarnation of the industrial group made its debut on the 1992 Broken EP, truly one of the most intense documents of visceral self-loathing ever available for sale at your local record store. “Wish” is the pinnacle of the short form release, powered by a speedy metronomic pulse that gives way to tribal power drumming and a towering wall of roaring guitars as Reznor vents his spleen. It’s such a powerful, artfully-composed recording that it earned NIN a Grammy in 1993 for Best Metal Performance—a development which has formed the basis of a popular joke regarding one of the song’s naughtier utterances.

Although The Real Thing was issued in 1989, “Epic” narrowly makes this list by virtue of being released in January 1990. Which might be a little unfair to all the other ranking songs, as Faith No More’s crossover pop hit more than lives up to its title. This Frankenstein’s Monster of funk, metal, alt-rock, and hip-hop is far more than the sum of its parts, and it introduced the world to singer Mike Patton, one of rock’s most talented and versatile vocalists. Patton’s rap flow might sound stilted to modern ears, but “Epic” overcomes its dated sonic signifiers by virtue of the effective realization of its ambition. It’s especially noteworthy that while the nu-metal generation was effusive in its praise of the San Francisco, California group, few of them attempted anything as audacious as this track.