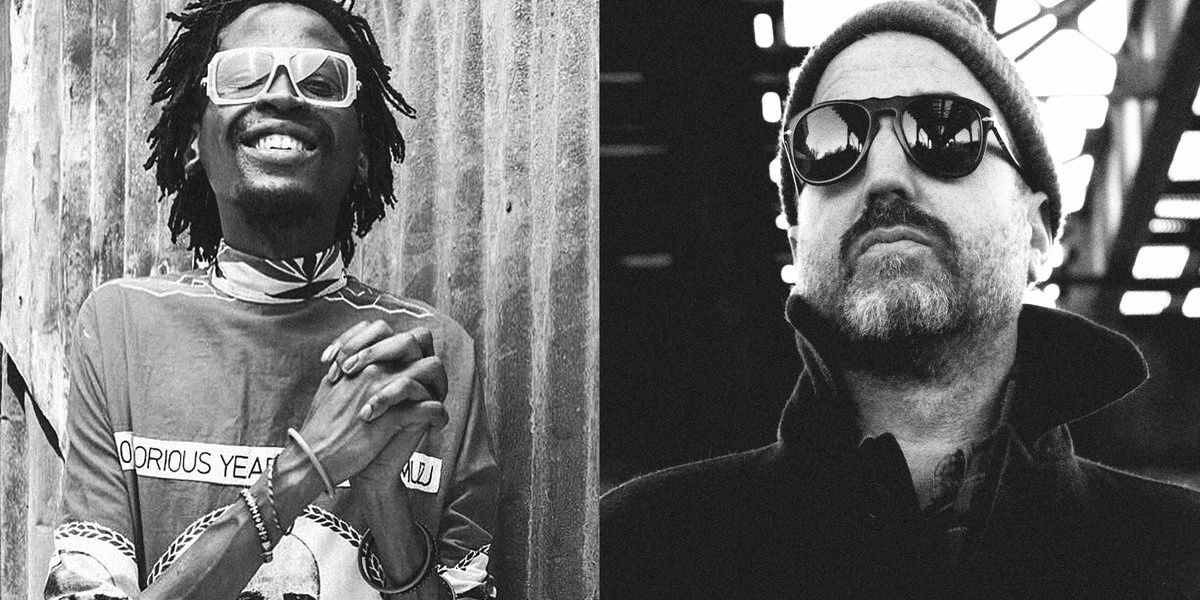 In more than one way, Eyes Rest Their Feet is a bittersweet listen. The debut album of duo Thaba is one packed with expansive synths and deep emotions. The latter depth comes largely by way of Cape Town-based vocalist Khusi Seremane, whose death in July 2020 came as he and Thaba’s New York-based other half, producer Gabriel Cyr, were putting the finishing touches on the record.

Collaborators since coming into contact on Myspace, Seremane and Cyr have a seamless working relationship as Thaba. The international nature of the production notwithstanding, Eyes Rest Their Feet feels seamless. Seremane croons without pretense, but instead with such serenity that Cyr’s production feels even more remarkable as he puts his creative partner center stage with beds of electronic keys, horns, and drums that neither fade into the background nor overpower Seremane. It isn’t a tendency toward minimalism, either. Cyr’s is a lush aesthetic as he draws on the most mellifluous elements of jazz, dub, and soul. Sax lines, in particular, buoy up Seremane’s melodic lines with intricate grace over idyllic electronic foundations: rose-colored keys and soft, blurry beats.

On an energetic continuum of electronic music, Thaba occupies an interesting space. Taken alone, Cyr’s instrumentals tend toward the laid-back and dreamily tropical. Conversely, the twinned senses of pathos and exultation intrinsic to Seremane’s vibrato-heavy delivery give the music an almost spiritual intensity. This is a sublime combination, but also one difficult to name adequately, a rare and rather wonderful quality that further heightens the Eyes Rest Their Feet listening experience, or at least encourages close attention.

With that said, there are certainly familiar moments amid this newness. It’s easy to connect Cyr with his post-worldbeat contemporaries – Quantic, Captain Planet, Nickodemus – through the trumpets on “Vaya Le Nna” or the echoing keyboard ostinati of “Severin”. Seremane’s vocals, meanwhile, both hearken back to classic R&B vocalists and sit comfortably among today’s freshest. Mellow “Throw It All Away” is where he gets a chance to shine through most clearly, as Cyr takes a more acoustic approach to instrumentation, and Seremane sings gentle heartbreak into the spaces he leaves. The mix of old school and new inspires an unlikely channeling of both Marvin Gaye and serpentwithfeet, though Seremane is only ever truly himself from start to finish.

Well-polished and blissfully full, Eyes Rest Their Feet is a stream of cool, downtempo melody. It balances emotional grit with almost uncanny sonic finesse in different ways from the low-gravity bouncing of faux-retro opener “Old Tapes” to the eerie, slow-motion finale “Brew”. It’s hard to have to know that Seremane’s passing came as he and Cyr were on the brink of more, to hear such unique collaborations and wonder what could have been.

Eyes Rest Their Feet‘s opening line is a gloomy piece of realism: “Sometimes your dreams will die / Those that were worth a fight.” Khusi Seremane sings it about love, but it’s as true about any given dream. Thaba consistently sound like a dream, moving as they do at strange speeds, through electronic vapors. It is full of hypotheticals, but none so worth discussing as what the duo has already realized. For whatever the long-term dream might have been, what Thaba offers here is striking in its affective impact.